Banyana and Proteas on track for World Cups Karabo Dhlamini is the youngest player in the Banyana squad and is jostling for a spot in the World Cup team. Picture: Muzi Ntombela / BackpagePix

Banyana Banyana and the Proteas netball squad are almost halfway through preparations for their respective World Cups. Daniel Mothowagae keeps track on developments around the two national championship teams.

Since they qualified for their maiden World Cup, Banyana Banyana have covered a lot of ground in terms of preparations ahead of their appearance at the global showpiece in France.

The team jetted off to California in the US on Monday for a friendly match against the current world champions next Sunday.

The warm-up game in Santa Clara will be Banyana’s eighth competitive match since they reconvened for camp following their silver medal triumph at the Women’s Afcon in Ghana in December.

The jostle for places to make the cut in the final team of 23 to France has intensified.

TuksSport High School matriculant Karabo Dhlamini is part of the training camp that will give coach Desiree Ellis an indication of who makes the final list.

At 17 years old, Dhlamini is the youngest player in the team and history beckons as she bids for her second World Cup appearance, having represented the country at the Under-17 global tournament in Uruguay last year.

“I am so proud because not everybody gets a chance to mix with their role models,” the Mamelodi Sundowns player told City Press during the national team’s training in Soweto this week.

Dhlamini, who is from Tembisa, has four Banyana caps and is hoping to add to her tally in the US, and ultimately convince Ellis to take her to France.

“It is every player’s dream to play against the best sides in the world, such as the US. Everyone is working hard to get a spot in the World Cup team,” she said.

The stocky midfielder received her first Banyana call-up to the Cyprus Women’s Cup in February, as well as the team’s recent friendly matches against Sweden, the Netherlands and Jamaica.

She idolises Refiloe Jane, who has more than 100 caps for Banyana.

READ: Refiloe Jane is the heart of Banyana

“I like the person she is and her simple style of play,” said Dhlamini, who came through the famed High Performance Centre in Pretoria.

Banyana assembled for their week-long training camp on Monday and the squad will fly out tomorrow evening.

Dhlamini will be hoping to showcase her talent in the absence of Sweden-based midfielder Leandra Smeda, who was not released by her club.

The China-based duo of Thembi Kgatlana and Linda Motlhalo will also miss the clash against the US due to club commitments.

Ellis, though, will be boosted by Jermaine Seoposenwe and Nothando Vilakazi, as well as Spain-based Ode Fulutudilu, who will join Banyana abroad.

The World Cup will run from June 7 to July 7. Banyana are in Group B along with Germany, Spain and China.

Time was almost running out and panic was almost setting in over whether the national netball team would get competitive action ahead of the Netball World Cup in Liverpool from July 12 to 21.

It was some behind-the-scenes talks that started months after Netball SA (NSA) lost its SA Breweries (SAB) Brutal Fruit Netball League sponsorship late last year that led to NSA finally landing Telkom to get the Netball Premier League up and running again.

Although the deal that was announced this week with the telecoms company as the headline sponsor is just for one season, NSA president Cecilia Molokwane was nevertheless grateful for the national team World Cup hopefuls.

Read: Chawane raises her hand to lead Proteas into future

“The eyes of the world are on us because we were awarded the hosting rights for the next World Cup in 2023, so it was important that we get the Premier League running to give the players some much-needed competition to be ready for Liverpool,” Molokwane told City Press on the sidelines of the sponsorship launch in Fourways, Johannesburg, on Tuesday.

“I was not panicking at all because I was very much in touch with the talks behind the scenes. The negotiations have been going on for some time and it was just a matter of putting pen to paper.”

Neither NSA nor Telkom were willing to divulge the value of the deal that will run for the season, which kicks off in Pretoria on Friday, but the partnership means players will earn prize money for their appearances on court over a five-week period.

SAB had backed the Premier League since its launch in 2015 and it was on this platform that a number of Proteas players were spotted by the national selectors.

Others even attracted scouts from abroad, such as team captain Bongiwe Msomi and Maryka Holtzhausen (both England), and Lenize Potgieter (New Zealand), as well as Phumza Maweni, Karla Pretorius and Ine-Marie Venter, who are based in Australia. 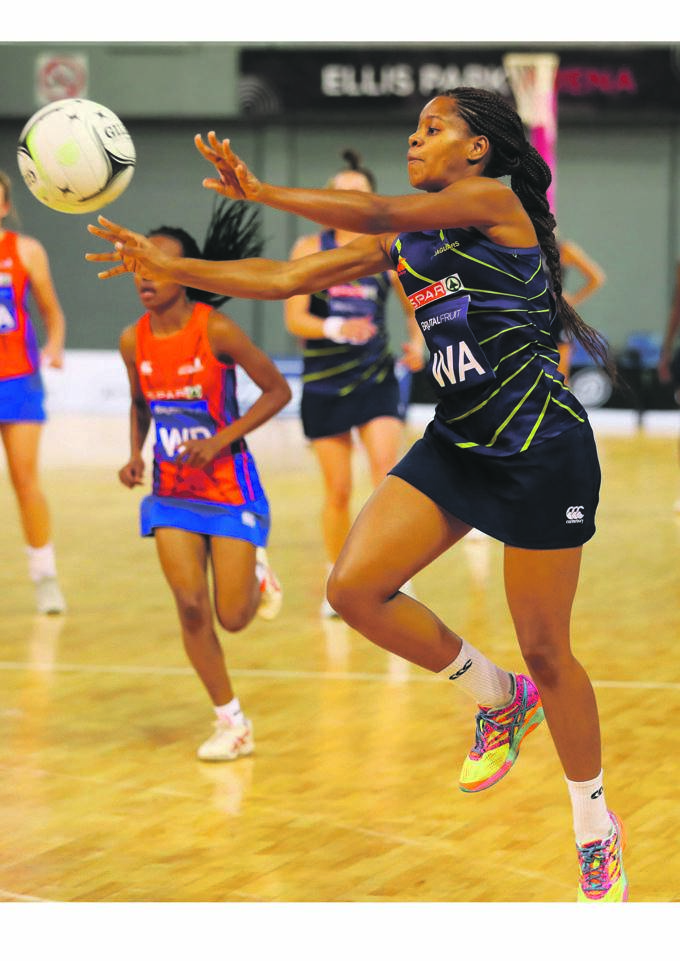 None of these players will take part in the domestic league, but locally based Proteas will feature under the guise of Presidents Smileys, who will be coached by national team assistant coach Dorette Badenhorst.

The rest of the league will have 10 teams from the nine provinces, with Gauteng represented by two teams, as well as guests Zimbabwe, who are also building up to their maiden appearance at the global spectacle.

A male team will also feature, but their participation is restricted to exhibition matches.

Meanwhile, Proteas head coach Norma Plummer is close to announcing the final 12 players for the World Cup after a week-long training camp that ends in Pretoria tomorrow.

Players such as centre Tshinakaho Mdau (24) and defender Zanele Vimbela (30) are among some of the hopefuls who are eager to earn a berth in the team.

South Africa is housed in Group C with Jamaica and Fiji, as well as Trinidad and Tobago.