This graphic shows where on the pitch Kaizer Chiefs made passes into the box. Picture: Laduma Analytics

Lindelwe Moyo knows what he likes.

“I love numbers,” says the 34-year-old who lives in Cape Town. Presumably, he likes football as well, because this is what prompted the accountant to reach out to Cape Town-born Alex Rathke.

What brought the two together was their belief that football should not only be left up to the 22 players on the field – a number of other areas needed to be covered, including data.

“I think it was management guru Peter Drucker who said: ‘If you can’t measure it, you can’t improve it.’

"Sports analysis is important for that reason. It provides information and feedback that help players and teams improve their performances,” said Moyo.

It was this thought that prompted the two analysts to form a company called Laduma Analytics, the name Rathke had used for a blog he created to write about South African football and data.

The answer lies in the data. Are players not shooting enough? Are they not taking quality chances? Are goalkeepers very good? These are questions that can be answered with deep analysis
Lindelwe Moyo

“We felt there was an opportunity in the market to bring different content to readers, as well as help PSL clubs make sense of their match-day data,” said Rathke.

“South African fans are passionate and are known to bring a joyous atmosphere to match days. ‘Laduma!’ is roared and shouted when a goal is scored and we are in the business of helping clubs score more goals.”

Their latest project resulted in their development of a tool to visualise “location data”, where action happens on the field of play. “These actions can be anything from where shots, goals, tackles or interceptions occurred for each player and team in the PSL in the 2019/20 season. For now, though, we have primarily looked at what is known as ‘shot location’ data.

“The best strikers in the game, your [Sergio] Agüeros and Harry Kanes, will score most of their goals from inside the box.

"Not only that, but from a specific area within the box. How do we know this? We simply studied the numbers and looked for patterns and trends,” Rathke said.

“Another part of this project is that we identify the area where clubs pass the ball into the box. The passes are not necessarily successful; they are just an indication of the effectiveness of teams or players. 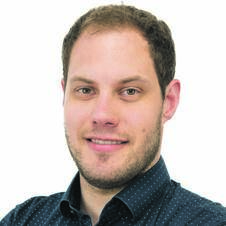 “The idea behind these views is to give visual context of a team or player’s actions on a pitch and allow individuals to ask further questions about how and why the map is as such.

"Is it due to the style of play, the opposition or the players themselves?

“We plan on building this for several leagues in Africa in the next few months.”

Moyo and Rathke honed the skills they use in Laduma Analytics while at university.

“I had to choose between maths and accounting for university, and chose accounting,” said Moyo.

“After graduating with an accounting degree from Rhodes University, I went into the impact world to work in microfinance, and micro-entrepreneur training and support, and worked across the continent.

"But, as a big sports fan, I always read and blogged about sports in my spare time.”

“For that reason, I chose to learn directly from a club through an internship and did my own self-learning, including software training, data visualisation, conferences and computer programming.

“Nowadays, there are a bunch of universities that offer performance analysis courses ... I do not know whether they directly reflect the requirements of professional sports.” He did not think a specific analysis degree was a requirement to work as a performance analyst.

“I know a lot of people who are now working in sports analysis who did not do a performance analysis degree at university. It’s more about what you know and how you can apply that knowledge.”

They are passionate in their conviction that data can help South African football improve.

“Absolutely. The better we get into the data, the more we will be able to answer long-standing questions, such as: Why are there so few goals in South African soccer?

“The answer lies in the data. Are players not shooting enough? Are they not taking quality chances? Are goalkeepers very good? These are questions that can be answered with deep analysis,” said Moyo.

We live in a world where facts and fiction get blurred
In times of uncertainty you need journalism you can trust. For only R75 per month, you have access to a world of in-depth analyses, investigative journalism, top opinions and a range of features. Journalism strengthens democracy. Invest in the future today.
Subscribe to News24
Next on City Press
The time to experience Soweto derby with fans will come – Hunt 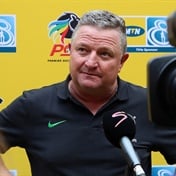 Read more on:
data
Podcasts
Podcast | How to pay off your home and car

Choose a newsletter
Voting Booth
Thousands of Gauteng motorists who refuse to pay their e-tolls could be fined R500 every time they drive under a toll gantry from July next year. In addition, they will have to pay a R100 levy for every one of these fines.
Please select an option Oops! Something went wrong, please try again later.
e-tolls must be scrapped
77% - 152 votes
I still won’t comply
16% - 31 votes
I’ll do my duty and avoid fines
3% - 5 votes
Good idea to help the economy
5% - 9 votes
Previous Results
Dumisane Lubisi
Tributes from friends and colleagues of Dumisane Lubisi