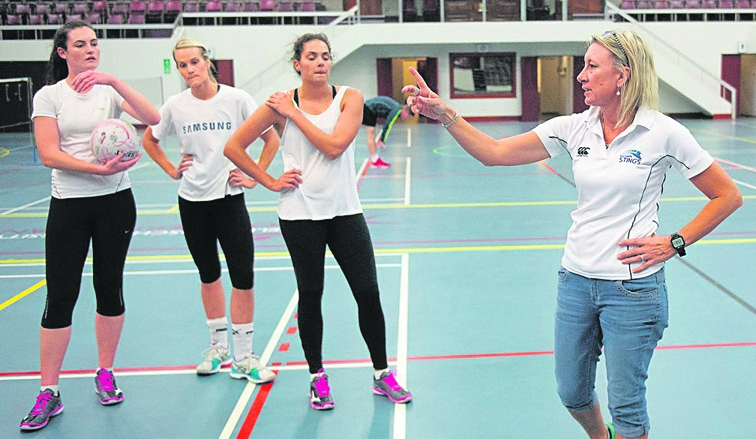 “It is always special to play on or near Women’s Day,” Lucas told City Press this week.

“It is a very important week for us and that is why we always go all out to win,” she said.

The defending champions’ coach said they would be fielding a different team from the one that won last year.

“We have a new team and not the same squad from last year. We will be using the players who did not play in the Brutal Fruit [Netball Premier League] and those who were injured.”

However, goal shooter Jaumbuaije Zauana, who terrorised goalkeepers on the journey to lifting the trophy last year, will feature in this year’s event.

“Everyone knows Jaumbuaije, so she will be there to score for us,” said the coach.

Phumza Maweni, Rochelle Loubser and Danelle Lochner will not feature for the Western Cape side in the championships as they will be playing in the Quad Series later this month as part of the Spar Proteas squad.

Lochner has just returned from the Netball World Youth Cup in Botswana, where the Baby Proteas finished sixth.

Lucas, who also plays for Brutal Fruit Netball Premier League semifinalists, the Western Cape Stings, said she was not taking any team lightly, but singled out teams from Gauteng and North West as most likely to pose a serious challenge to her side.

A total of 18 Under-21 and 18 senior teams representing 10 netball regions countrywide will participate in the week-long tournament.

A Women’s Day celebration is scheduled for Wednesday, straight after the opening ceremony.

The tournament ends on Saturday.

We live in a world where facts and fiction get blurred
In times of uncertainty you need journalism you can trust. For only R75 per month, you have access to a world of in-depth analyses, investigative journalism, top opinions and a range of features. Journalism strengthens democracy. Invest in the future today.
Subscribe to News24
Related Links
Jaguars to stoke the flames in netball final
Sports tournament in Kokstad
New Proteas netball coach named
Next on City Press
Safa has a permanent CEO at last as Tebogo Motlanthe lands top job