Covid impact on PSL not just about rands and cents

The impact of the Covid-19 coronavirus-enforced sports hiatus will be significant. Although there are various ways of looking at this, the reality is that the full impact will not be known until the new normal is established.

The broadcast revenue and commercial income will be mainly affected.

The biggest will, however, come with the impact on the fans, the heart and soul of all of all sports’ economic value.

In Europe, five leagues could lose up to €4 billion (R77 billion) – that is nearly 20% of the European club football’s total income, with the Premier League in England alone taking the biggest hit of about €1.2 billion, according to Uefa’s football report.

And what about our own PSL?

Firstly, it must be noted that the PSL has not said anything officially on the economic impact of Covid-19 on the domestic league.

Secondly, the PSL’s single biggest economic partner, continental sports broadcaster SuperSport, has reportedly said it would not be withholding any payments to the PSL.

If true, this will be a massive relief for the league because, globally, broadcasters are rightly telling rights holders they’re taking strain.

The PSL has always prided itself as having excellent relations with all its partners. The league may well be one of the lucky broadcast rights holders.

READ: The survival of a sportperson during a pandemic

Calculations show that, as things stand, the league could take a financial hit of up to R200 million if the season is not completed.

The majority of the PSL’s income – about 60% – comes from the broadcast rights (see graph). But part of its commercial income and a small percentage comes from its share of match-day revenue.

This is just for the league. The clubs individually and collectively will take an additional hit.

Some of that will be linked to the aforementioned amounts, but, notably, a commercial income and a much bigger chunk of match-day revenue.

Unlike the PSL, which generates nearly two-thirds of its income from broadcast rights, for the clubs this varies. For some bigger clubs, broadcast income is far less than 50% of what they generate.

The rest being commercial, match-day and sporting income. This includes anything from prize money, net player transfer income and sponsorships.

However, for the smaller clubs, the monthly grants income, which is primarily from broadcast rights, is everything. This accounts for up to 89% of the clubs’ income in some cases. This is not that much different from other global football leagues.

As an example, the bottom club in the PSL’s reliance on broadcast income is nearly the same at 76%, according to KPMG Football Benchmark.

My calculation shows that clubs could lose up to R270 million – or 23% – of their combined R1.2 billion in turnover if sponsors and broadcasters pass on the pain to the rights holders for an unfinished season, plus the loss of match-day revenue and sporting income.

The loss, therefore, must be seen in the context of collective league and club income, though you cannot simply double that or add the two losses because the income would be double counted.

This takes me to the larger hidden cost. If the game is no longer about the fans, then is there a game?

Recently, NBA commissioner Adam Silver in the US reportedly told players and owners that restarting the basketball season without the fans would be very hard to contemplate as the fans directly accounted for 40% of the league and teams’ incomes.

In Europe’s top leagues, match-day earnings account for between 15% and 30% of the football clubs’ income. I would argue that it’s not just income that you are dealing with, it’s the engagement of the fans.

In South Africa, because fan interest has declined over the past few years as seen in poor match-day attendances, one may be tempted to simply restart the league without thinking much about the fans. The PSL, like all other sports organisations, must be careful that the drive to finish the season and save a few hundred million rands does not inadvertently strike a fatal blow to an already disenfranchised fan – they are the geese that lay the golden eggs.

So, as we contemplate the restart or a reset of the season disrupted by Covid-19, we must also seek to understand how to put the fan back at the centre of all that we do for football and the sports’ ability to generate revenue.

It starts and ends with the fan in the stadiums, on radio and TV, as well as various other media across different social media and digital platforms. The impact of Covid-19 cannot just be seen in rands and cents.

Gumede is a global sport business professional who has worked with, consults for and advises local and global right holders and brands on sports marketing, economics and commercialisation. He runs a sport economics blog called Sport Boardroom. He writes in his personal capacity 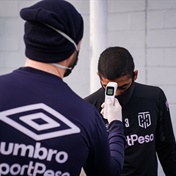 Read more on:
pslcoronaviruslockdown
MONEY MAKEOVER
Podcast | Mistakes to avoid with your own business

Choose a newsletter
Voting Booth
Are the taxi associations justified in their ultimatums to government regarding loading capacity and debt relief, and in their increase of fares?
Please select an option Oops! Something went wrong, please try again later.
Yes, they need the money
16% - 3 votes
It’s irresponsible
42% - 8 votes
No, we should boycott
42% - 8 votes
Previous Results
Podcasts
Podcast | Mistakes to avoid with your own business