With Bafana Bafana head coach Stuart Baxter set to announce his final squad for Afcon today, Daniel Mothowagae looks at those who are likely to get the chop, and offers a general overview of the Egypt-bound team.

Does Baxter have a surprise up his sleeve?

On paper, it may appear too obvious as to who Bafana Bafana head coach Stuart Baxter will leave out when he reveals the final 23 for the upcoming Afcon tournament.

As much as football is full of shocks, the chances of Baxter pulling a surprise are slim as he is unlikely to leave behind the players he has frequently used since the qualifiers began in March 2017.

Mamelodi Sundowns’ Rivaldo Coetzee was released from the team’s preliminary squad training camp on Friday after failing to arrive, saying his mother was “critically ill”.

By the looks of things, the trio who are likely to be dropped from the 27-member provisional squad are Kermit Erasmus and Fortune Makaringe, with the third player a toss-up between Ben Motshwari and Tiyani Mabunda.

Cape Town City striker Erasmus has never been Baxter’s favourite and his inclusion could have been as a result of public pressure after the coach left him out of the final Afcon qualifier against Libya in March.

With competition in the midfield very stiff, Baxter will most likely go with tried-and-tested players and leave Makaringe behind.

But Baxter hinted this week that he would keep an “open mind until the last minute, so that we don’t do anybody [a] disservice”. 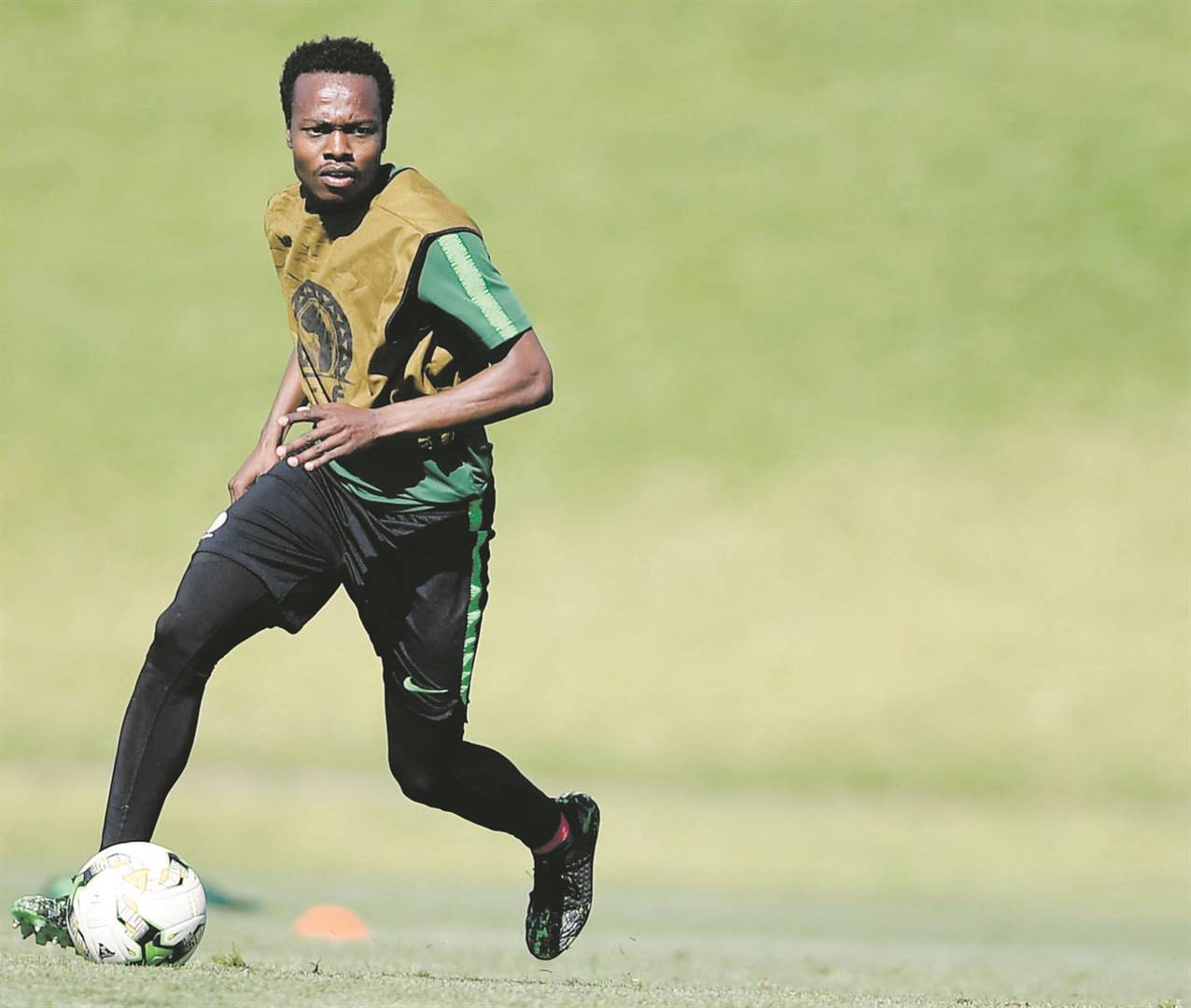 He downplayed the prospects of newer call-ups, saying they “seem to have less pressure on them”.

“I think I know in which positions we have to cut,” said Baxter after the team’s training session in Fourways, Johannesburg, this week.

Injury to winger Keagan Dolly meant there was already a vacant spot left from the initial list of 28, after the France-based midfielder was withdrawn from the team that campaigned in the Cosafa Cup in Durban.

The team’s camp in Johannesburg was also not without niggles, with several players skipping some of the training sessions because of stiff muscles after the lengthy season at their clubs.

Thulani Serero and Kamohelo Mokotjo were rested midweek as a precautionary measure, while Thembinkosi Lorch and Erasmus were also given their turn on the sidelines.

“You’ve got those little things; you’ve got to manage them,” said Baxter.

“The challenge is, you’ve got players with varying lengths of rest – three days to virtually three weeks,” he added, expressing frustration over not having enough warm-up matches secured for the team.

Bafana’s only confirmed game takes place on Saturday against Ghana in Dubai, where South Africa will wrap up their pre-Afcon preparations.

General assessment of the team Baxter boasts arguably the most prolific strike force at his disposal in the run-up to the continental championships in Egypt.

In Percy Tau (six goals), Lebogang Mothiba (10), Lebohang Maboe (nine) and Lars Veldwijk (24), the team have four strikers with a combined 49 goals for their respective clubs, where they were regulars in the just-concluded season.

Even midfielders such as Orlando Pirates winger Lorch (15 goals in 40 games across all competitions) and Mamelodi Sundowns’ Themba Zwane (nine goals in 39 matches) have a knack for goal.

Zwane finished as Downs’ leading scorer in the CAF Champions League, where his side reached the semifinals.

Over the entire qualification campaign, Baxter has relied on a defence unit made up of the Bidvest Wits trio of Thulani Hlatshwayo, Buhle Mkhwanazi and Sifiso Hlanti.

Bafana conceded just two goals – alongside Senegal and Mali – across the 12 qualifying groups.

The Kaizer Chiefs duo of Daniel Cardoso and Ramahlwe Mphahlele may well have earned their spots as back-ups.

Mphahlele was a regular ahead of Cape Town City’s Thami Mkhize in four of the qualifying games before the Amakhosi right-back was sidelined by injury.

Midfielder Bongani Zungu has given Baxter sleepless nights for a while, but the France-based schemer seems to have regained his fitness after battling with a knee injury.

While Zungu has looked sharp at training in the past few days, only a competitive game will determine if the inclusion of the 26-year-old is justified.

The Amiens SC player has his former Sundowns teammates, Hlompho Kekana and Tiyani Mabunda, to compete with for a place in the central midfield.

Dean Furman and Kamohelo Mokotjo are the other competitors for a midfield spot.

When it comes to continental football experience, Zwane, Kekana and Mabunda bring that to the team.

The trio have played 32 Champions League games between them and will most likely face familiar rivals in Bafana’s Group D opponents – Ivory Coast and Morocco – just as Sundowns faced teams from the two nations during their CAF campaign.

There were concerns when Bidvest Wits coach Gavin Hunt suddenly dropped Darren Keet from the team towards the end of the Absa Premiership campaign.

However, the 29-year-old net-minder had already endeared himself to the nation with a solid shift in Bafana’s crucial qualifier against Libya in March.

At the keepers’ training session under Andre Arendse this week, we saw Keet pull off some solid saves and deny even the trickiest attackers, such as Tau, from close range.

SuperSport United’s top goalkeeper, Ronwen Williams, also showed his mettle and his shot-stopping skills, and would gladly take the gloves should Keet slip up.

While many believe that a rejuvenated Wayne Sandilands deserved a place in the team, given his experience in continental football, Chiefs’ Bruce Bvuma is not looking misplaced in the Bafana camp.

The 24-year-old may well be punted as the goalkeeper of the future as he has been gradually manning the goalpost for Amakhosi and cannot be faulted for Chiefs’ troubles.