Damian de Allende: It’s a problem when you’re such a pillar of strength 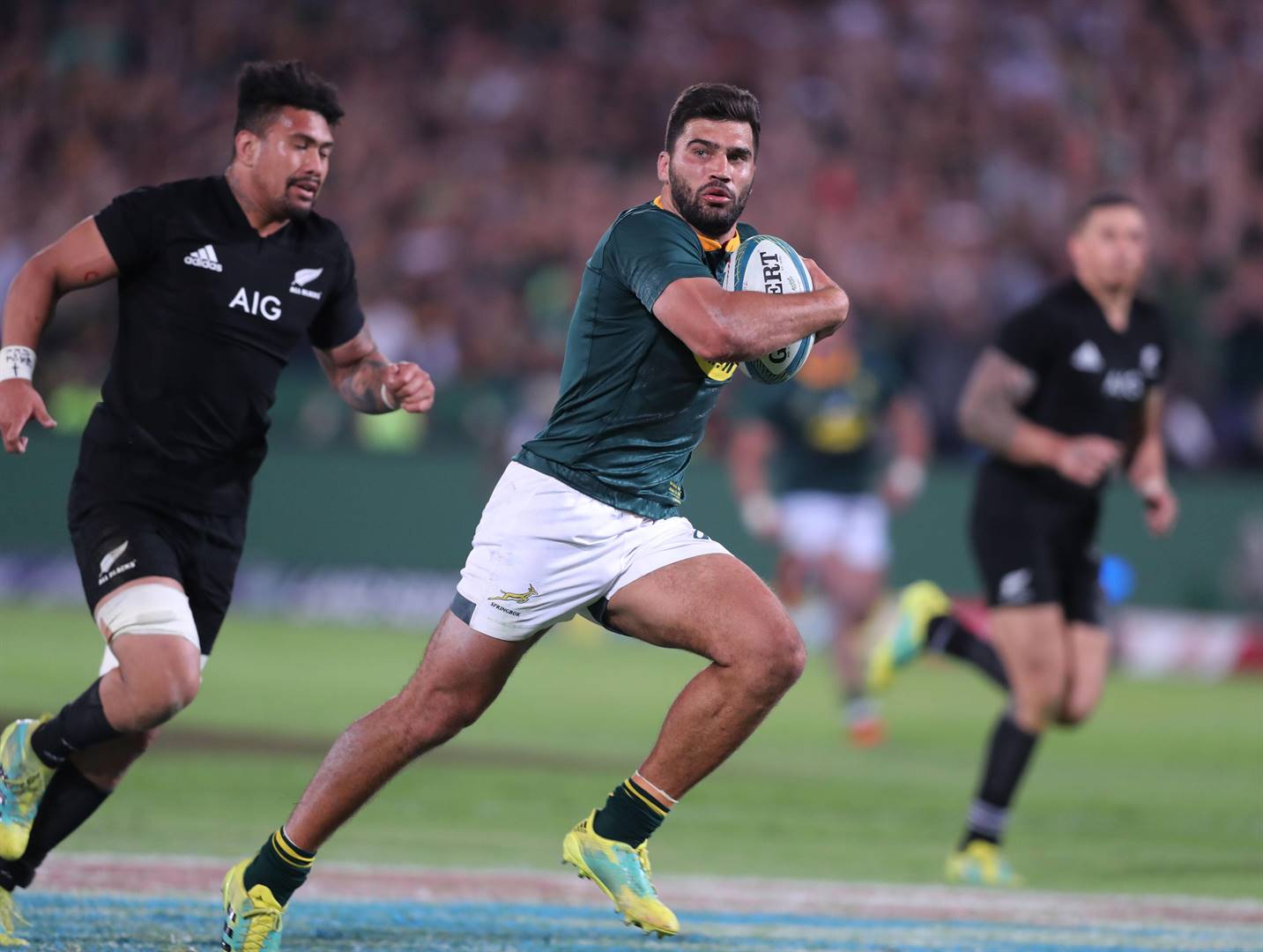 Damian de Allende is so good in his position that it wouild create sich a headache for coach Rassis Erasmus if he were to be injured ahead of the Rugby World Cup later this year Picture: Gavin Barker / BackpagePix

Damian de Allende is not without his detractors, but if the intervening years between rugby World Cups have taught us anything, it is that the Stormers man is the Springboks’ number one inside centre.

Some may beg to differ, but there are 36 reasons – his test caps – to back up that fact.

The powerful centre’s position as the man in possession is further strengthened by the fact that he has run into great form in Super Rugby, where he has rediscovered some of the subtleties that have been overshadowed by an overreliance on his physical gifts in recent seasons.

But as indefatigable as he has appeared, the question is: Who would step in were he to be injured to the point of being ruled out of the World Cup?

The obvious options are the Sharks’ André Esterhuizen, who, at 1.94m and 110kg, is built like Sonny Bill Williams but plays a lot like a flanker, and 2012 World Under-20 player of the year Jan Serfontein, whose request to focus on his club career at Montpellier last year may have put question marks over his commitment to playing for the Boks.

Former Bok centre Gcobani Bobo, who loved De Allende’s work when he first burst on to the scene as an explosive and skilful player in 2014, agrees with the idea of the Stormers man being the man, but the suggested options wouldn’t necessarily be his first port of call. 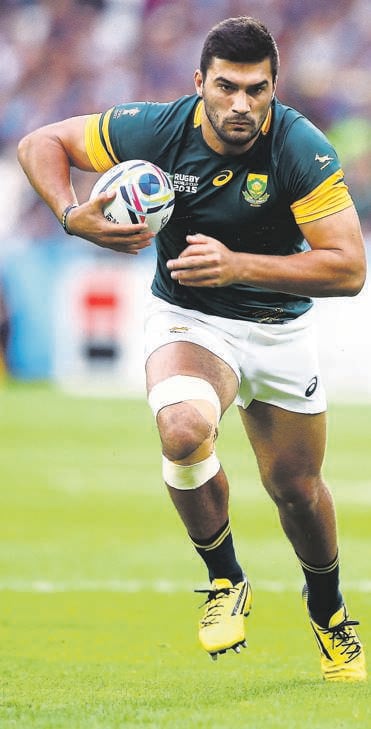 Damian de Allende has recently shown great form in Super Rugby, and has rediscovered some of his finer skills this year Picture: Steve Haag / GALLO IMAGES

“I’ve got a devil’s advocate sort of approach to that,” he said. “There’s a guy who’s seen as an outside centre, but plays more as a distributor – someone who has the feel for the advantage, the vision to see space and can distribute under immense pressure and still execute. That is the Sharks’ Lukhanyo Am. The opportunities he would bring for a coach who would try him as an inside centre is that he would have the ball in his hands more often, because he’s very good with his decision making and protection of the ball, and also mopping up after others.”

Having turned the conventional centre combinations preferred by the Boks – De Allende and Am, or De Allende and Jesse Kriel – on their heads, Bobo went on to elaborate on the benefits of a new partnership between Am and Kriel.

“Jesse is a straight-running outside centre like Jaque Fourie, who is also a former fullback used to hitting the line at pace running off Jean de Villiers or De Wet Barry,” said Bobo. “The tries Jesse has scored at that level have been those tries where you have to negotiate the space between 13 and 15, and crack on the gas where he doesn’t have to do the creative work closer to the kitchen, as it were.

“If you had someone inside him that created for him, he’d become a threat. Most New Zealand teams always know he’s highly conditioned and will be up for it, no matter how they run at him, and his running lines offer a threat. But he won’t do that without a creator playing inside him.”

Despite the Boks appearing to prefer an inside centre who takes it up, as opposed to distributes, Bobo wasn’t terribly enamoured of De Allende’s current understudy, Esterhuizen: “Jan Serfontein, for me, should be second to Damian because of what he did when he was given a chance in a Bok team that was not doing so well.

That shows what he is capable of. What makes him a dark horse for a place in the team, and André not, is his work rate off the ball.

He always tries to keep on supporting players, making sure that he’s an extra pair of hands for unselfish carries, which is what he did against France in 2017 and in the Rugby Championship. 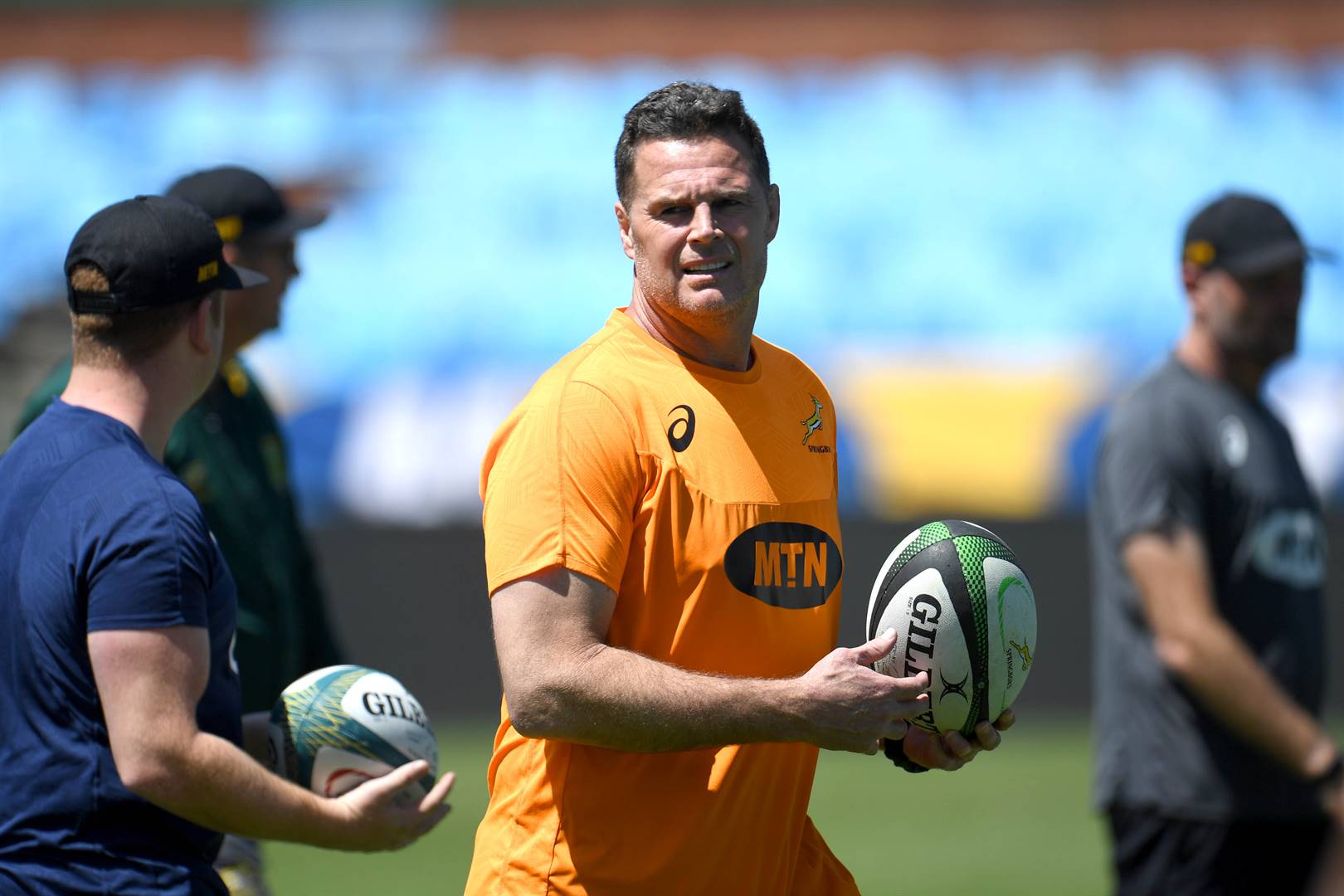 An injury to the trusted Damian de Allende would cause a serious headache for Bok coach Rassie Erasmus Picture: Deaan Vivier

“He and Lukhanyo would make another great combination. When it comes to André, the question is around his all-round game and what he has that’s more than his physical presence. You have to have your wits about you and not just brute strength.”

Were it up to him to pick the centres for the World Cup, he would go for De Allende, Serfontein, Am and Kriel, Bobo said.

We live in a world where facts and fiction get blurred
In times of uncertainty you need journalism you can trust. For only R75 per month, you have access to a world of in-depth analyses, investigative journalism, top opinions and a range of features. Journalism strengthens democracy. Invest in the future today.
Subscribe to News24
Related Links
Rassie faces front-row conundrum
Side Entry: Morné Steyn – SA rugby can’t exactly be accused of liking shiny new things
Side Entry: Bok leadership is not a simple either-or thing
Next on City Press
What’s in City Press Sports today? 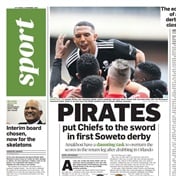 Read more on:
rugby world cupjaque fourieandre esterhuizen
Podcasts
Podcast | How to pay off your home and car