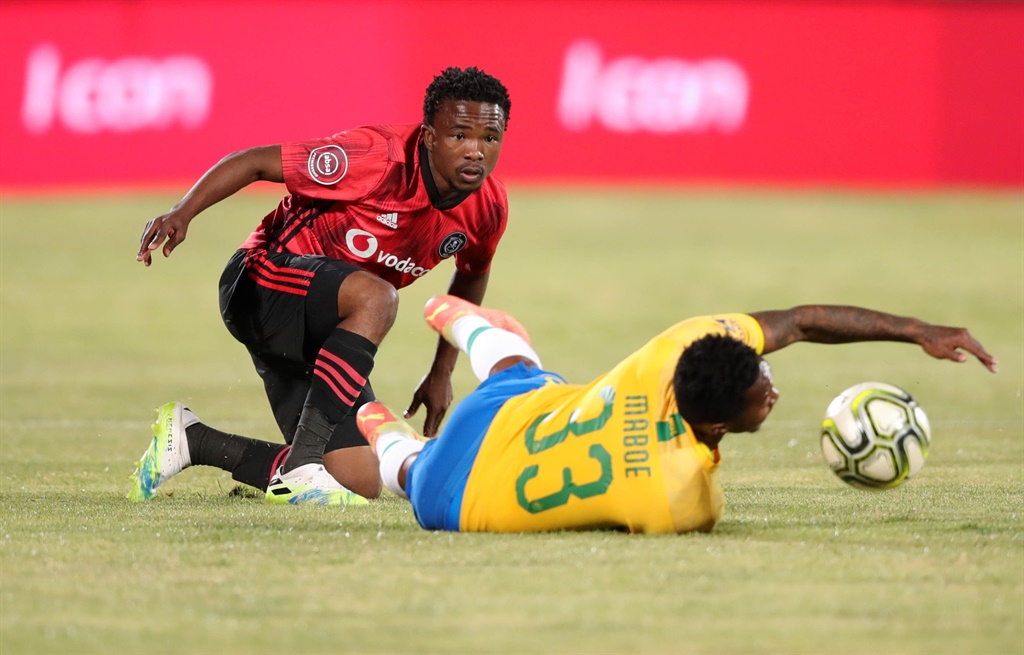 It was not the fireworks fans would have hoped for, but the return of the Absa Premiership was nevertheless most welcome as Mamelodi Sundowns and Orlando Pirates played to a goalless draw at the Dobsonville Stadium on Tuesday night.

After five months of no local football, the return of the league will at least bring a sense that life is slowly returning back to normal, albeit without fans at the stadium.

Sundowns missed the opportunity to close the gap with leaders Kaizer Chiefs to one point.

With 45 points, Downs are now three points behind Chiefs who have 48.

The two teams will meet in a top of the table clash on August 27 at the Orlando Stadium, in what will most likely be a title decider.

The encounter between Downs and Bucs in Dobsonville was not the electric and high tempo clash that would likely have taken place had it not been for the interruption due to Covid-19.

Hour before kickoff, Pirates announced that Thembinkosi Lorch and Justin Shonga were unavailable for the match and disciplinary action would be taken against them for transgressing protocols of the “PSL bubble”.

As expected, the players were not as sharp as they should be and the match did not flow.

PSL chairperson Irvin Khoza, back in March, announced that games would be suspended the day before this highly-anticipated clash was scheduled to take place at Loftus Versfeld.

Hour before kickoff, Pirates announced that Thembinkosi Lorch and Justin Shonga were unavailable for the match and disciplinary action would be taken against them for transgressing protocols of the “PSL bubble”.

League games will now be coming thick and fast with Chiefs taking on Bidvest Wits in Orlando at 6pm on Wednesday.

We live in a world where facts and fiction get blurred
In times of uncertainty you need journalism you can trust. For 14 free days, you can have access to a world of in-depth analyses, investigative journalism, top opinions and a range of features. Journalism strengthens democracy. Invest in the future today. Thereafter you will be billed R75 per month. You can cancel anytime and if you cancel within 14 days you won't be billed.
Subscribe to News24
Related Links
ABC Motsepe League promotion conundrum
Tim Spirit | We’ve been starved of action; please don’t disappoint!
Next on City Press
Safa Gauteng play-offs marred by administrative bungles