in the swingJayden Schaper of SA hits a tee shot in the 2017 Toyota Junior Golf World Cup at the Chukyo Golf Club Ishino Course in JapanPHOTO: Atsushi Tomura / Getty Images

The boom in South African elite amateur golf reached a new high these past two weeks as the country’s top amateurs made big strides internationally.

First it was Jayden Schaper, the reigning South African Stroke Play champion, who won the Junior Players Championship at the beginning of the month to become only the fifth international winner of the American Junior Golf Association tournament in its 13-year history.

Then a South African amateur golf record of five junior golfers were named this week in the International Team for the upcoming Junior Presidents Cup against the US at Royal Melbourne Golf Club this December. They are Schaper, Martin Vorster, Christo Lamprecht, Sam Simpson and Jordan Duminy.

They make up almost half of the 12-player team that will be captained by Stuart Appleby as they take on their US junior opponents just a few days before the senior Presidents Cup at the same venue.

Schaper and Lamprecht have made the team for the second time after also qualifying for the 2017 International Team that was captained by Trevor Immelman and that lost 14-10 to the US in New Jersey.

This kind of success on the international stage has become a regular occurrence for South African elite amateur golf in the past few years and is the result of an intensive focus on the elite amateur game in this country.

When GolfRSA was formed in 2015 as the amalgamation under one body of the men’s SA Golf Association and Women’s Golf SA, it was aiming to focus all coaching and funding efforts on an elite amateur level to allow the country’s top amateurs to compete and win internationally. 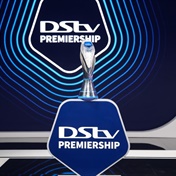