Erling Haaland is the real deal 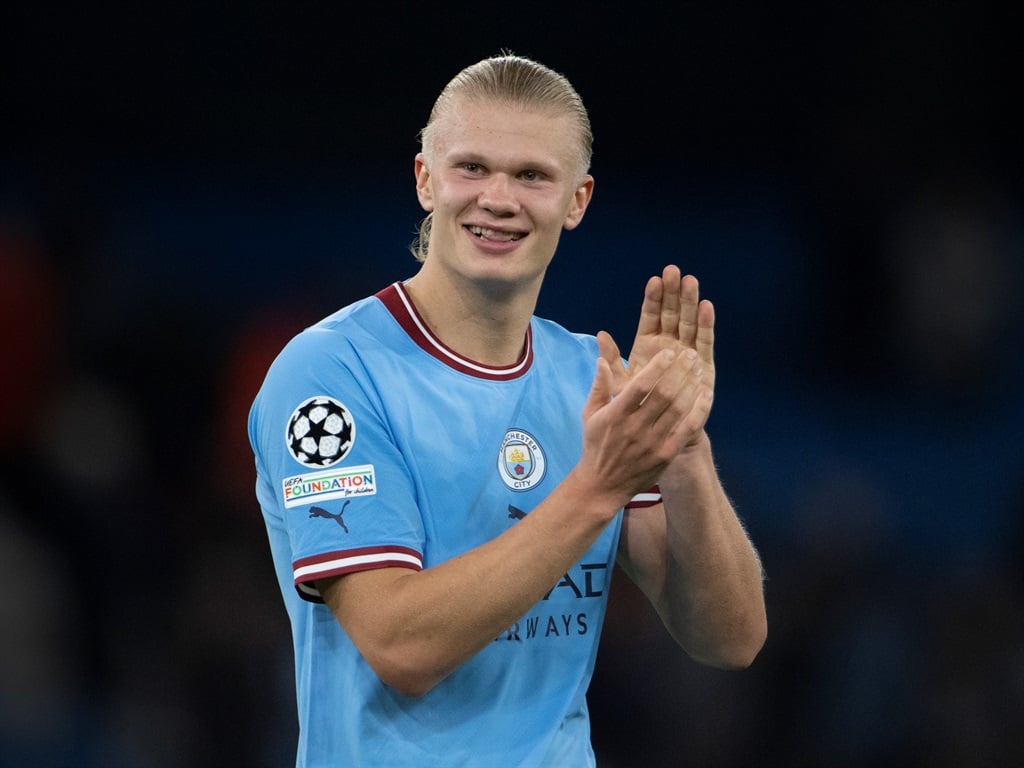 First it was Nii Lamptey, then Fredua “Freddy” Adu and Bojan Krkic Pérez –three football players who were touted as “the next big thing”. They were all expected to become world beaters.

Now you have Erling Haaland. But, unlike Lamptey, Adu and Pérez, whose careers fizzled out (or, in Pérez’s case, is fizzling out) after having been palmed off from club to club, Haaland could well be the real deal.

Despite being only 22 years old, Haaland’s match statistics suggest that he is certainly a player destined for greatness, though some would argue that he has already achieved that.

Having hit the ground running after a big money transfer to English side Manchester City from Borussia Dortmund in Germany, Haaland is, not surprisingly, being compared to two of the world’s greatest strikers – Lionel Messi and Cristiano Ronaldo.

Unlike the two former Ballon d’Or winners, though, Haaland has a footballing pedigree. His father, Alfie, spent several years playing in the English Premiership and was a team-mate of Lucas Radebe at Leeds. He later played for Manchester City. In fact, the younger Haaland was born in Leeds, but started his career in Norway with Bryne FK, whom he joined aged five.

READ: ‘I chose Sundowns because I want to win trophies,’ says Allende

His talent was soon apparent, as he played with much older boys, progressing to the first team as a 15-year-old. After just one season with the senior side, he joined Molde FK, who played in the top flight.

Again, Haaland was given an early start, debuting in the senior team at the age of 16. He scored his first goal in the Eliteserien, the Norwegian professional league, just after he turned 17. Then the European clubs came calling and he signed for Austrian Bundesliga club Red Bull Salzburg, who are owned by the energy drink company and are known for giving talented youngsters a chance to play at the highest level.

In Haaland’s case, it really was the highest level, as Salzburg are the perennial champions in Austria, thus affording their players the opportunity to perform in the Champions League.

And perform he did!

In his first Champions League match, he scored a hat-trick on the way to helping Salzburg beat Belgian club KRC Genk. In the next game, he came off the bench to score once against Liverpool. He added three more goals in two matches against Napoli and one goal against Genk for a total of eight goals in six matches.

Despite having huge resources, Salzburg could not hold on to Haaland and he moved north of the border into the German Bundesliga, signing for Dortmund.

Again, he immediately showed his scoring prowess, netting a brace in his debut Champions League match for Dortmund against France’s Paris Saint-Germain. He also grabbed a hat-trick on his Bundesliga debut, followed by back-to-back braces.

After his first three league matches for Dortmund, he had scored an astonishing seven goals.

After two and a half very successful seasons in Germany, he followed the money to England and to City, his father’s former club.

He said at the time:

This is a proud day for me and my family. I have always watched City and have loved doing so in recent seasons.

“You can’t help but admire their style of play – it’s exciting and they create a lot of chances, which is perfect for a player like me.

“There are so many world-class players in this squad and Pep [Guardiola] is one of the greatest managers of all time, so I believe I am in the right place to fulfil my ambitions,” he added.

“I want to score goals, win trophies and improve as a footballer and I am confident I can do that here. This is a great move for me.”

There was speculation that a move to such a huge club could be too early and there was also the question whether scoring goals in the Bundesliga was much easier than in the top league. Norwegian centre forward Jan Åge Fjørtoft, who, like Haaland, played professionally in Austria, Germany and England, said that his compatriot’s success with the Citizens – scoring 10 goals in his opening six matches and three in the Champions League – invalidated those arguments.

“He uses his body language to show where he wants the ball to go. He often moves along the back line, but almost never goes offside. Many have said he’ll have a problem at Man City because the spaces are getting tighter, but he was underestimated there. He looks for his zones and scores the goals there too,” said Fjørtoft, who played alongside Eric Tinkler for Barnsley in England.

Fjørtoft, who embarked on a media career in his post-playing days and has filmed a documentary about Haaland, believed the youngster was driven by his extreme ambition.

“Erling is just a 22-year-old young man who is on the road 24/7 to become a better footballer. But, despite that, he also laughs a lot. He’s very popular with his team-mates.

“And what’s hard to believe because he likes to score so often himself: Erling is actually more than happy when others score. He’s still down to earth.”

With goals seemingly coming so easily, he is being compared to Messi and Ronaldo. But, as his stats show, he has already surpassed what they had achieved by the time they were his age.