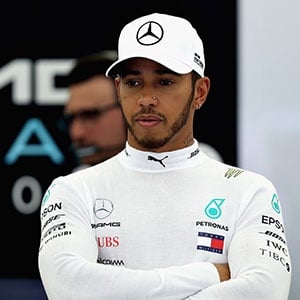 The Formula One circus has rolled into Baku for the Azerbaijan Grand Prix as the fourth round of the 2019 World Championship takes place this afternoon.

After delivering some of arguably the best races of the previous two seasons, expect the unexpected during the 51 laps around the 6.003km street circuit.

Demanding by nature, the track winds its way through the heart of the Azerbaijani capital, incorporating a series of 90° left-hand corners before arriving at the Old City, where the circuit proudly displays its most unique features.

A sweeping complex of corners slithers through the Unesco World Heritage site – barely wide enough for a Formula One car to fit through – before it blasts past the Maiden Tower, skimming along its walls, then looping drivers back round to the longest straight in Formula One at 2.20km, cementing its title as the fastest street circuit in the world.

As we enter the weekend, the championship situation is the polar opposite of that of twelve months ago. Mercedes come off the back of their third 1-2 finish in as many races after their China masterclass and, with that, hold a 57-point title lead over rivals Ferrari. That’s a stark difference to the single-point advantage they had at this point last year and serves as an ominous warning shot to the Italian marque.

In a similar vein, reigning world champion, Lewis Hamilton, holds a six-point lead over his teammate, the rejuvenated Valtteri Bottas.

Red Bull’s Max Verstappen is proving his worth as he splits the Mercedes and Ferrari duos in third place on 39 points whilst Sebastian Vettel languishes in fourth place, 31 points behind Hamilton.

The Englishman is aware that he faces a challenge if he wants to repeat his win from China. “I was fortunate to get the win here (Baku) last year. I wasn’t quick enough really, right through the weekend, so it will be interesting this time.

“I’m expecting Valtteri to be quick and I expect the Ferraris to be particularly quick. It will be interesting. I’m going with a mindset that I’ve got to improve on my previous performances.”

Formula One celebrated its 1 000th World Championship event in China with a less-than-spectacular race. Scarce on action for much of the entirety of the Grand Prix, it was another race to forget for Ferrari.

Not only had they lost their superior speed from Bahrain, the team once again made crucial mistakes with their strategy handling as they swapped drivers Vettel and young gun Charles Leclerc early in the race, hanging the Monégasque driver out to dry later in the race.

However, things should be much closer this time round as Ferrari bring new upgrades that they expect will recover the pace they lost and give Mercedes a strong fight for the win.

The 21-year-old Leclerc said he is looking forward to the race. “I love racing at Baku and scored my first F1 points there last year. I always go well there.”

Verstappen hopes the upgraded engine will work to his advantage.

“It’s a lot of fun to drive and especially the castle area, it’s very narrow but also it’s really cool for pictures to look back at. It’s a big show and hopefully this year’s race will make for a good story.”

The midfield battle is also expected to be just as close as previous races.

Alfa Romeo are hoping to continue their ascension up the midfield as Kimi Räikkönen currently sits in sixth place, and best of the rest, in the driver’s standings.

McLaren pine to round off a clean weekend after having both cars punted off by Daniil Kvyat in China.

After arguably having the fourth fastest car at certain points this year, Haas are aiming to climb the order as they currently sit sandwiched in the middle of the constructors’ table.

Williams, meanwhile, are expected to bring up the rear once again, despite an improvement in performance in China.

We live in a world where facts and fiction get blurred
In times of uncertainty you need journalism you can trust. For 14 free days, you can have access to a world of in-depth analyses, investigative journalism, top opinions and a range of features. Journalism strengthens democracy. Invest in the future today. Thereafter you will be billed R75 per month. You can cancel anytime and if you cancel within 14 days you won't be billed.
Subscribe to News24
Related Links
A new generation ready to challenge for F1 glory
Lewis Hamilton’s on the cusp of a fifth world title
Next on City Press
Bucs injured star Mako back at training after horrific on-pitch head injury