With SA Rugby hoping that the Covid-19 coronavirus pandemic-enforced suspension of Super Rugby will end at the beginning of May, the truth is that the tournament might not be completed this year.

Should that be so, here are five of the surprising performers from the four South African franchises:

After three years languishing in the Lions’ SuperSport Rugby Challenge team, and a couple of pity Super Rugby caps, the former Glenwood High School pupil decided to head back home to Durban to turn his prospects around.

It was a good decision on two counts – the Lions were always going to have similarly small loose forwards (Kwagga Smith, Marnus Schoeman and Hacjivah Dayimani) to the 1.82m, 92kg Venter; and new Sharks coach Sean Everitt wanted an old-school open-side flanker as opposed to the modern hybrids coaches prefer.

The result has been critical performances by Venter, who has been a nuisance over the ball, carried surprisingly well and has been the embodiment of intensity.

If we’re being honest, the man christened “the Bone Collector”, for all those bone-crunching tackle years ago, hasn’t set the world on fire.

But, of the older players recruited from overseas clubs to play Super Rugby, he’s probably been the best. 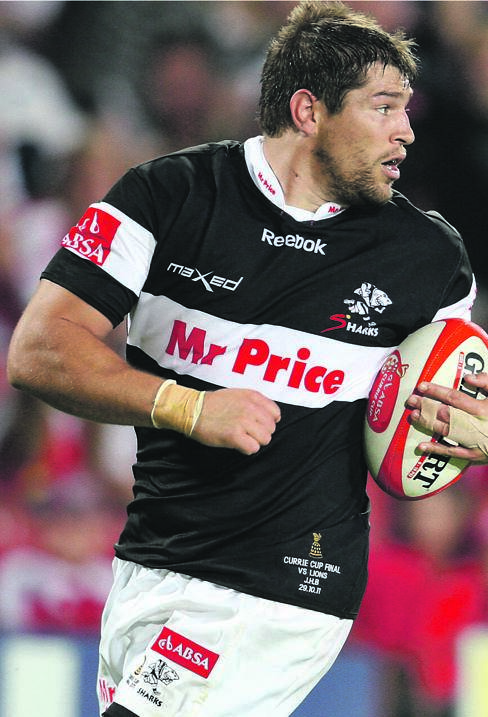 Having not been out-and-out quick at the height of his career, the loose-forward, who also dabbles as a lock, has retained the strength and explosiveness he’s always had in contact.

As a result, he’s been of impact value in an underperforming Lions team.

As the 2017 World Rugby junior player of the year – a tournament in which he scored seven tries – Augustus’ early season performances shouldn’t be a surprise.

But, after the shoulder injury issues that have interrupted his career since his South Africa Under-20 days, it’s been a pleasure to see him string a handful of games without breaking down as he takes tentative steps to realise his massive potential.

‘Pleasure’ is probably not the word that comes to mind among anyone who has had to face the 1.87m, 116kg man child.

Augustus has been typically dominant in contact and abrasive in defence, but he has shown improvement in two areas this season – conditioning and awareness in attack, in which he’s shown an appreciation for good running lines and try-scoring assists.

When Notshe moved from the Stormers to the Sharks in the last off-season, the thinking was that it was the beginning of the end of a career that had promised so much but delivered so little.

The heat and humidity of Durban must agree with Notshe because he has arguably been the best performer of all South Africa’s Super Rugby franchises. The kind of classic eighth man, always doubled up as both an immovable and unstoppable object, Notshe’s incredible ability to keep the ball alive has been instrumental to the Sharks’ lethal counterattacking game.

Apart from a supreme linking game, Notshe has added an appetite for the hard yakka in the tight-loose.

The guys in my WhatsApp group call Esterhuizen “Flanker at 12” and, at 1.93m and 113kg, it’s a description Esterhuizen can hardly argue against.

This is because, up until the last two seasons, he’s almost exclusively been used to take up the ball and picked up the odd red card for the kind of thuggish behaviour that belongs to a forward.

But now that he’s supposed to be leaving for Harlequins, Esterhuizen has shown us a different picture in his game, as they say in rugby.

While he’s still a massive ball carrier for the Sharks, he’s added sweet distribution, tip-on passes, a surprisingly effective grubber and provides the underrated option of a left boot at inside centre. Esterhuizen is a flanker at 12 no more.