Hanging Judge: Changes to the laws of the game offer more confusion than clarity I have watched a lot of football in recent weeks and months, with different championships at both men’s and women’s levels.

The recent Women’s World Cup in France was, in my opinion, most refreshing and enlightening for its fair play and gutsy endeavours.

There was none of the play-acting and diving that seems to be endemic to the men’s game these days. When players were fouled, they got up and got on with it.

It was entertaining because there were mistakes and mistimed passes, and it brought a more human side to the game.

In the Afcon, there was a certain amount of showboating and skulduggery to try to fool the match officials, but, thankfully, the refs were wise to it and little escaped their attention.

What was annoying, and to some extent disturbing, were the new law changes that were introduced.

I have no problem with change as long as it’s for the better, but change for the sake of change is pure window dressing. Sometimes these changes are harebrained to say the least and do nothing to improve the game.

One example was the new interpretation or definition of law 14, which deals with penalty kicks.

Previously, the ruling was: “The defending goalkeeper must remain on the goal line, facing the kicker, between the goalposts until the ball has been kicked.”

It further read that “the kicker must be clearly identified”.

But leading into the Women’s World Cup, Fifa decided to implement new changes that state: “The goalkeeper must have part of one foot on or in line with the goal line when a penalty kick is taken. He/she cannot stand behind the line.”

This caused confusion because the question that arose was: “What do I do with my other foot?”

The answer is that the second foot can be behind the goal line, but not in front, otherwise the keeper would technically be closer than the stipulated 9.15m from the ball. Does it make sense? Are you confused? I’m not surprised.

I understand it, as would most referees, but to the ordinary soccer fan, this new rule can be confusing.

There’s another aspect to this ruling on penalty kicks that I find quite baffling, to say the least.

It says: “Goal posts, crossbar and nets must not be moving when a penalty is taken, and the goalkeeper must not be touching them.”

The first two and the last one are okay, but how do you stop a net from moving if there is a strong wind blowing? Surely the nets will move with the wind?

I can understand that the goal posts and crossbar should not be moving and the keeper must not be touching them, but for nets to not move? How do you do that on a wet and windy afternoon?

There was one other issue that also caused confusion.

The International Football Association Board, which is responsible for the new changes that are introduced every year, always says that changes only come in at the start of a football season. If a league programme is in progress, the changes don’t take effect until the start of the next season.

Should that not have applied to the Women’s World Cup?

I also noticed that the video assistant referee only came into use in the quarterfinal stage of the Afcon.

Why was that decision made? Some strange choice in my opinion. Could politics be playing a part? 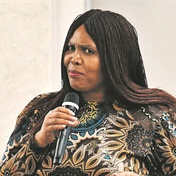