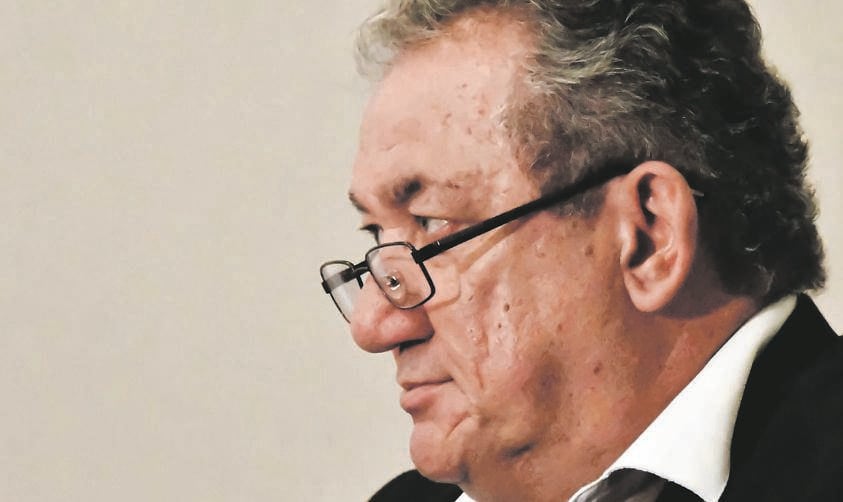 The SA Sports Confederation and Olympic Committee’s (Sascoc’s) suspended acting president, Barry Hendricks, has come out guns blazing to fight his provisional removal as the head of the board of the beleaguered federation.

Hendricks has demanded that the Olympic governing body reinstate him immediately, and that all the members who approved the recommendations that led to his suspension step down.

This comes after Sascoc placed him on a leave of absence on Wednesday, pending arbitration, which is set for Thursday.

The dramatic move to freeze out Hendricks was prompted by the recommendations of an independent lawyer hired to investigate allegations of unethical conduct against Hendricks for allegedly blocking Muditambi “Ntambi” Ravele from challenging him for the Sascoc presidency in now postponed elections. The investigation followed a complaint made by Tennis SA board member Ravele.

Advocate Elizabeth Baloyi-Mere recommended that the matter go for arbitration.

Hendricks has denied any wrongdoing and claimed that it was a “terrible mistake” for the board to suspend him.

The election is a difficult process for everybody, but it doesn’t mean we should leave the rules and regulations behind
Barry Hendricks

“The election is a difficult process for everybody, but it doesn’t mean we should leave the rules and regulations behind,” a miffed Hendricks told City Press on Friday, moments after he had drafted a response to the general assembly of Sascoc.

He was also scathing about Sascoc acting chief executive Ravi Govender, whom he accused of having “knowingly withheld information and lied to me, the membership and media”, and of “not protecting the organisation against a delinquent board”.

Govender said he had seen Hendricks’s letter and that the board had not yet responded to it.

In Hendricks’ letter, he contended that his suspension was unconstitutional and that he still regarded himself as the “legitimately elected first vice-president of Sascoc”. He argued that there was no provision in the Sascoc constitution authorising the board to remove him – temporarily or otherwise –without a judicial process having taken place.

“I will therefore continue my duties as acting president and do not intend to adhere or respond to further nonsensical and unconstitutional statements of the Sascoc board on the matter,” said Hendricks.

He was elected as first vice-president to replace Hajera Kajee in November, then he assumed the role of interim president after former president Gideon Sam left the position vacant in December.

Hendricks maintained that he and others had tried over the past three years to turn the organisation around, but the latest drama could “dishonour those gains”.

“Over and above my previous request for the board to step down and for the membership to approve placing the organisation under administration, I now also request that, if this travesty of justice is not rescinded immediately, all board members who approved the recommendations should resign, as this is an unconstitutional suspension.”

Hendricks asserted that his name and reputation were besmirched in the media “on the basis of information provided by a group of individuals who showed very poor judgement, very poor leadership skills, a lack of understanding of the constitution, and scarcity of knowledge on handling disputes and legal matters”.

He said the latest drama would open up the cash-strapped Sascoc to further ridicule and litigation costs.

That’s why we need the elections and I will accept whoever is going to be elected. Let’s just do things properly
Barry Hendricks

“That’s why we need the elections and I will accept whoever is going to be elected. Let’s just do things properly.”

It is ironic that Skhosana was considered to be one of Hendricks’ main rivals, but his nomination for the presidency was rejected because he allegedly failed to submit all the required documentation.

The former KwaZulu-Natal Athletics chairperson is challenging his disqualification.

Skhosana was somewhat diplomatic in his response when asked about his elevation to the Sascoc top seat, albeit temporarily: “I’ve had a discussion with the board in terms of how to approach this and we’ve just left it to the acting chief executive officer [Govender], who has been there for quite some time and can answer a number of things in that regard.” – Additional reporting by Simnikiwe Xabanisa

We live in a world where facts and fiction get blurred
In times of uncertainty you need journalism you can trust. For only R75 per month, you have access to a world of in-depth analyses, investigative journalism, top opinions and a range of features. Journalism strengthens democracy. Invest in the future today.
Subscribe to News24
Related Links
Sascoc election: Board suspends boss after TSA’s Ravele files complaint
Next on City Press
Look who’s back for the Proteas