Kolisi: ‘We stood up to British & Irish Lions challenge; that’s how I know us as a team’ 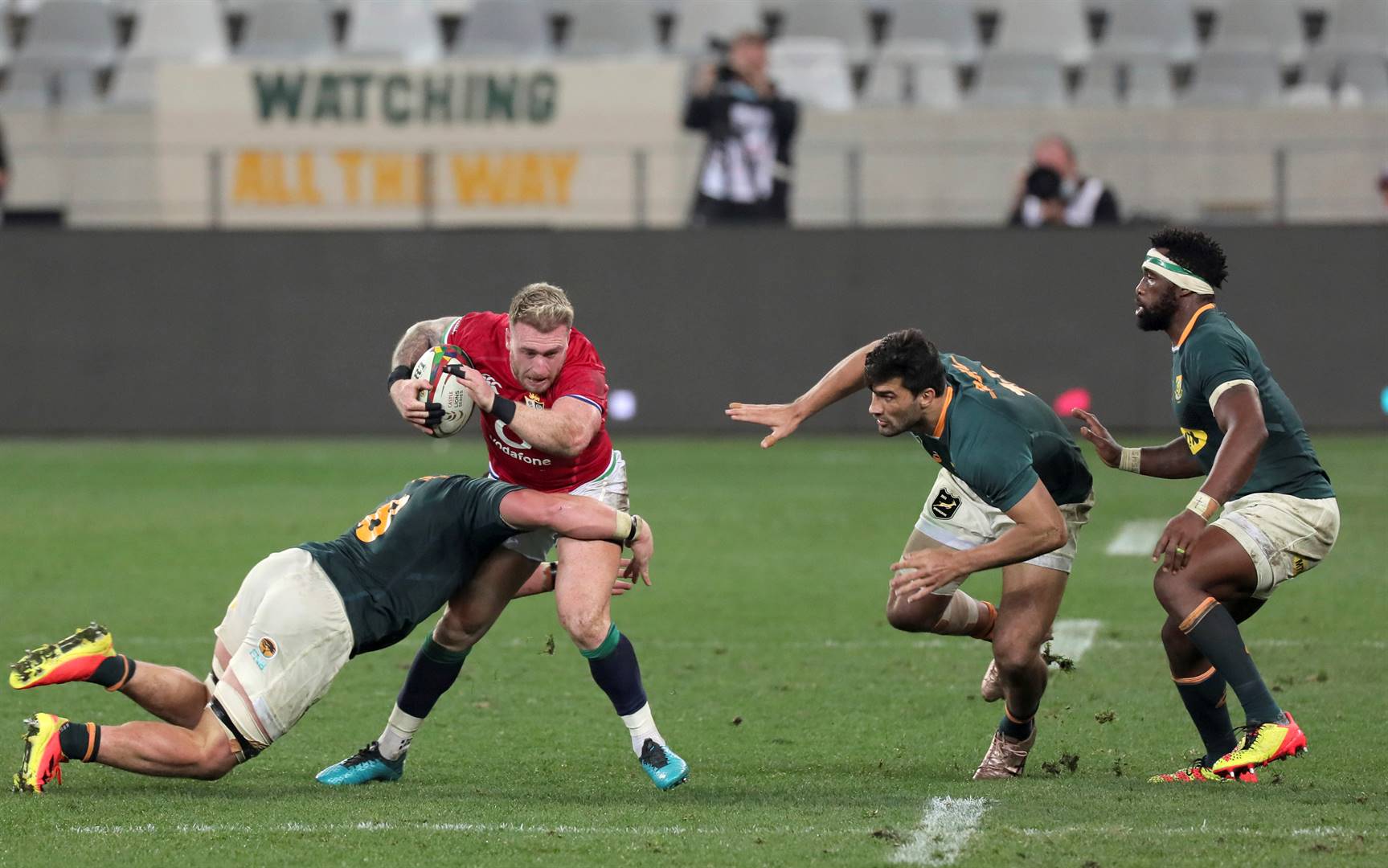 South Africa’s backs Makazole Mapimpi and Lukhanyo Am scored second-half tries as the Springboks beat the British & Irish Lions 27-9 to win the second test at Cape Town Stadium on Saturday and level the series.

Handré Pollard added five penalties and a conversion for a 17-point contribution, while the Lions’ points all came off the boot of Dan Biggar in a niggly and ill-tempered contest that was again one for the purists rather than the enthusiast.

The result sets up a decider next Saturday after the Lions won an attritional first test with a score of 22-17.

READ: Lions roar back after half-time to beat Boks in first test

The Lions were 9-6 up at half-time, but the Springboks bounced back with a dominant second-half performance that turned the tide on the game.

The Boks scored 21 unanswered points in the second period, a reversal from the first test, when it was the Lions who roared to the win with forward dominance after half-time.

“That was special, it was what we needed,” Bok captain Siya Kolisi said.

“It has been a tough week. For me personally as a leader, it has been the toughest week I have had to face. But I’m thankful for the coaches who made us focus on the mistakes we made in the first test. Our maul and scrum was much better this week.

“I’m grateful we stood up to the challenge; that is how I know us as a team.”

We came off second best in the breakdown and aerial battle in the second half.
Lions captain Alun Wyn Jones

The Lions were clearly fired up from the start, led by captain Alun Wyn Jones, as they piled into tackles and beat the Boks back, but it was the home side that took the lead from an early penalty.

Biggar slotted in two penalties to put the Lions in front before both sides were reduced to 14 players within a few minutes.

First, Duhan van der Merwe received a yellow card for a cynical kick at the shins of Bok wing Cheslin Kolbe, before the latter was also sent to the sin-bin when he upended Lions scrum half Conor Murray in the air.

It was a contentious moment that could have led to a red card, saved perhaps by the fact he had his eyes on the ball all the way and there was a lack of malicious intent.

South Africa levelled through a Pollard penalty just past the half-hour mark, but Biggar added to his tally and the Lions led 9-6 at the break. The Boks struck first in the second period when they swarmed into the Lions’ 22, and Pollard’s cross-kick was collected by Mapimpi on the right wing and he was able to score the first try of the game. Photo: EJ Langner/Gallo Images

Both teams emptied their benches on to the pitch just before the hour mark, and it was the Boks who came out stronger.

They drove a maul a full 25m into the Lions’ 22, and scrum half Faf de Klerk’s clever grubber kick was pounced on by Am just before it went over the dead-ball line, and the home side led by nine points.

READ: Bitzboks desperate to get started after setbacks

They continued to force the Lions into errors at the breakdown and set piece, and Pollard extended the lead with his boot.

“It was a tight score line at half-time, but the momentum shift was like last week, but this time in South Africa’s favour,” Lions captain Jones said.

“We came off second best in the breakdown and aerial battle in the second half. They had the ascendancy with their maul game and we have plenty to work on. We put ourselves under pressure in that second half.” – Reuters