Mandela, an unknown quote and the charming Mourinho 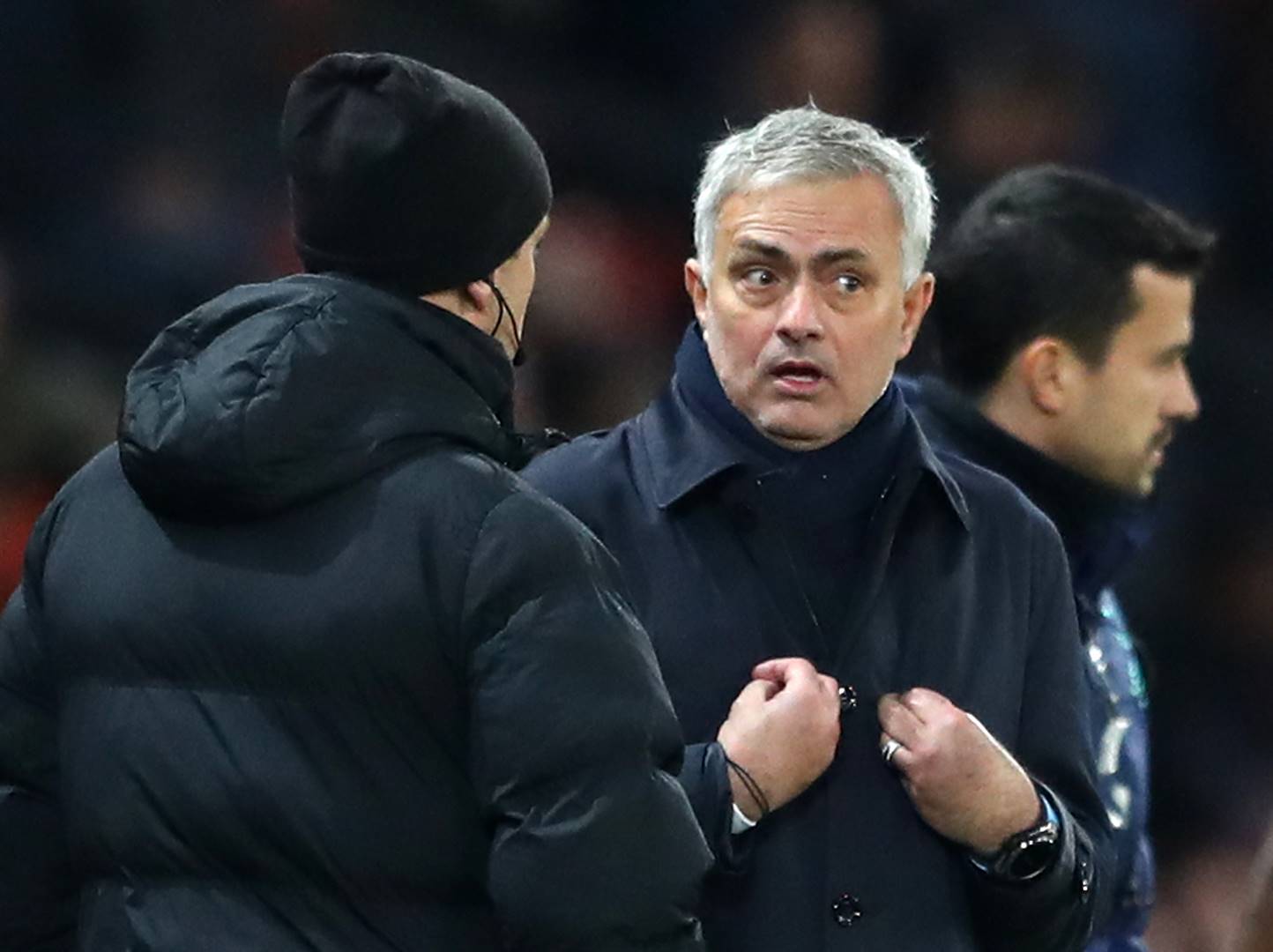 “A bit like Mr Mandela said: “You never lose. You win or you learn.” And at [Manchester] United I won, and I learnt.”

Mourinho was answering a question about his troubled last few months at United, his last managerial position before Spurs, and seemingly remembered the great statesman’s quote.

City Press reached out to the Nelson Mandela Foundation to find out in what context Mandela had said that quote.

It turns out the foundation has no record of the statesman ever saying or writing that line.

Google it and you will find many a reference to it being attributed to Mandela, but not a single mention of the context it was said or written in.

Make no mistake, Mourinho mentioned Mandela and the quote with curated precision.

You never lose. You win or you learn
Jose Mourinho, not Nelson Mandela

Even if he or his team had not done their due diligence, Mandela and the quote feed into Mourinho’s narrative of this reformed, charming personality with many glorious achievements to his name – a personality that is only seeking to liberate Spurs from the drought of cup glory and lead them into a new era of visionary and courageous football.

Every word he has said since been appointed Spurs manager has been to change the narrative of his leadership style from the dictatorial one to the charming one.

Mourinho has managed to win over many a disheartened fan, hater and critic with his introspective talk, his philosophical musings and his razor-sharp wit.

And he has done it with such cunning that even those neutral to his point of view tend to smile when he says something outlandish.

Even before he took over as Spurs boss, Mourinho was said to have asked people he had worked with or respected to “tell me what I was like, give it to me straight”.

He alluded to this in his first press conference where he was asked what he learnt in the 11 months he was away from the managerial position: “I am humble. Humble enough to try to analyse my career, the evolution, the problems, the solution.”

Mourinho said he went “very deep” in that analysis – deep enough to pick up a few good quotes, I’m sure. He also said that this time round he won’t make the same mistakes he did previously, “but will make new mistakes”.

To prove he was reformed and charming, in his first game at the London Stadium against derby rivals West Ham United he hugged a fan.

An older, scrawny gentleman caught the attention of Mourinho from the stands towards the end of the second half as he made his way to the dugout.

Instead of sitting down, Mourinho reached up into the stands and gave the man a one-handed hug.

The fan was visibly emotional and Mourinho walked back to the touchline for the late drama.

Tell me what I was like, give it to me straight
Jose Mourinho

After the game, it was noticeable that Mourinho waited for all his players and support staff to walk off the pitch, even lingering long enough to watch Dele Alli and Heung-min Son give their shirts away to the visiting fans before embracing each of them and then turning back to the away section for one final clap.

That brought the Spurs faithful to crescendo as they returned the applause with such gusto you would think they had just won the Champions League, leaving Mourinho to walk down the tunnel with the sweet music of cheers ringing in his ears.

He even apologised to the fans in the post-match press conference for not approaching the away section as Spurs celebrated the derby win because “it’s about the players, not about me”.

In his first Champions League game against Olympiakos in that £850-million (about R16 billion) stadium, Mourinho was again the epitome of charm, willing the fans to cheer the players on even though they were down two goals.

Then came the ball boy and the charm went into overdrive as Mourinho walked over to 15-year-old Callum Hynes and gave him a high-five and a hug. The internet loved that.

Mourinho seems to have also taken some tips from Jürgen Klopp’s hugging mentality because it seems like he dishes them out whenever he gets the chance too.

Here he is with Son before the West Ham game giving him a quick hug. Son’s face is totally awe-struck, interestingly very similar to young Callum above.

There’s also the charm of him winning over those people who he needs to perform so that they can achieve the freedom of trophy glory that he craves, and usually delivers.

From Toby Alderweireld feeling a lot happier to Harry Kane and Mourinho having many long talks to Alli and the “brother” tease – which any psychologist will tell you is prime leadership mentality.

Mourinho even apologised to Eric Dier for substituting him off within 30 minutes of the Champions League game, something he would never dream of doing before – why does the man in power need to apologise after all?

However, it’s easy to control the narrative when you are winning. It’s much more difficult when you begin to lose.

And lose is what Mourinho and his team did two days ago in Manchester.

Mourinho still tried to be positive throughout the game and never really made much of a scene even when he got hit on the leg by Daniel James’ head.

It was not an utterly dejected Mourinho when the final whistle blew either but his body language did seem a lot less bold.

But it was his comment and the tone of that comment in the immediate aftermath that should have the Spurs fans worried.

“…and then they were clever in the way they were getting fouls and pretending injuries and controlling and still dangerous on the counter-attack … I want to say clearly that they deserve to win the game, is that in the first 30 minutes of the game they were much better than us.”

Innocuous statements at first glance, but if you watch him closely Mourinho seemed to have gone on a bit of a tangent in criticising the opposition before quickly remembering his new narrative and talking about his team and their lack of intensity – something he has brought up in previous press conferences too.

He did not mention the “pretending injuries” in the later more formal press conference but stuck to the lack of intensity story and saying that they lost because of a lack of time to train against that.

That crack in the visage of this charming new tale must be closely watched because it is in defeat (or when Spurs do a Spursy) that the full force of his former self will come out to play.

Mourinho the Arrogant left the Old Trafford press conference room in 2018 after a 0-3 defeat to the very team he manges now, screaming about respect.

Just over a year later – with some bad quotes and more smiles – Mourinho the Humble left the press conference room at Old Trafford by showing respect to his former team.

I am sure he has learnt a lesson, because after all he never loses, right José?

Oh, and if you do know where Mandela said or wrote that line and when, the Nelson Mandela Foundation requests that you please contact them as they would love to add it to their records.

Related Links
I’m a better coach for my Man United stint, says Mourinho
How Nervy Mourinho escaped the derby with three points
Can the Special One bring back special times?
Share
Next on City Press
Leopards beat Ajax in playoff to stay in top flight