Mokwena on Zungu reports of re-joining Sundowns: ‘Absolutely no comment’ 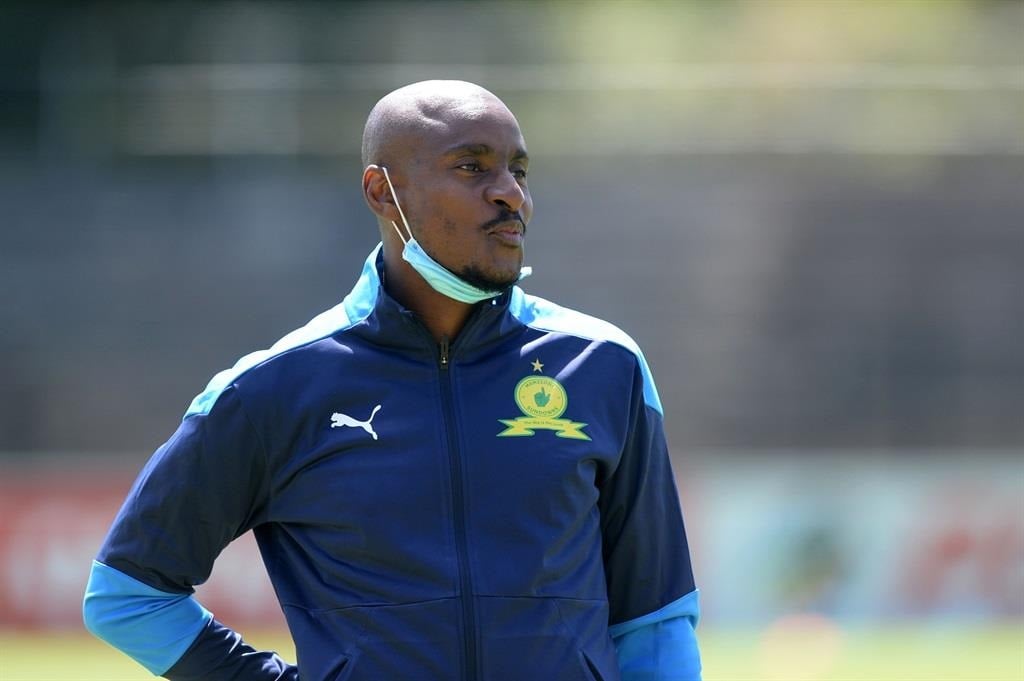 Mokwena didn’t dismiss the idea or confirm it when asked about the potential resigning of the Bafana Bafana star midfielder. Photo: Archive

Furious speculation linking Bongani Zungu with a return to Mamelodi Sundowns refuses to die down, and it will potentially be fuelled by co-coach Rulani Mokwena opting to offer no comment on the matter.

Mokwena didn’t dismiss the idea or confirm it when asked about the potential resigning of the Bafana Bafana star midfielder.

It is well known that Mokwena is fond of Zungu and the two have a good relationship, but Mokwena was only happy to say that Sundowns’ business in the transfer market was not finished.

Absolutely no comment. What you can know is that the cheque book is not closed.

The 29-year-old Zungu, who parted ways with French Ligue 2 side Amiens recently, is currently clubless.

While the player’s first prize would be to stay in Europe, it is believed that a return to Sundowns is the mostly likely eventuality if he fails to get another contract overseas.

“We’ll see, [but] I don’t think the business is done. The club will make necessary announcements. But no, the [transfer] business is not done and the cheque book is not closed.”

Mokwena was speaking after Sundowns suffered a shock 1-0 home defeat against a spirited TS Galaxy on Wednesday evening.

Lifa Hlongwane scored the solitary goal to stun the sizeable crowd at Loftus Versfeld, as a lackluster Sundowns, who have cantered to their last few premiership titles, suffered their first defeat of the season, which left them in mid-table after two games.

While Mokwena said there were far too many players who played below their potential and usual intensity, he laid the blame for the defeat squarely on the technical team.

He also made mention of the intelligence that Sibusiso “Vila” Vilakazi, who trained with Sundowns during the preseason before joining Galaxy, might have given to his new team.

“It is one of those, one of 30 [matches in the season]. Not an easy match against a well-coached side...” He said:

Vila trained with us the entire preseason and that played a little bit to their advantage because he has so much intel on us.

“And they knew, 150%, the weaknesses of our team. But, be that as it may, we should have played better, we know we can play better.”

“We had a number of players who were not on regular momentum in terms of intensity and personality. The plan was there and the efforts to execute were there, but we struggled a little bit with certain individuals on the pitch today.”

“We had far too many players playing beyond their required level in terms of performance.”

“The full responsibility is on us as the coaches. We put our hands up because when you don’t have the players on rhythm, momentum, confidence, aggression and personality, it speaks to preparation and preparation. It is our responsibility, not the players’.”

READ: So long, Hlompho; ZB is proud of you

“If the team is not well prepared in relation to the duels and physicality and intensity then we have to look at ourselves first and check how we prepare the team and hopefully we can prepare better for the next match,” said Mokwena.

Sundowns will be back at Loftus on Saturday for an early season mouth-watering blockbuster against Kaizer Chiefs.

Meanwhile, Galaxy coach Sead Ramovic said his team was value for money for the win.

“We played a good game. I also would like to congratulate the opponent for a fair and tough game. We knew that teamwork and organisation in every stage of the game would be the key to getting some points, and this is what we actually did,” said Ramovic.

“It was a big challenge for us, but we knew that if we keep the focus and desire to fight for every inch on the field, we can compete against any team in this league.”

Galaxy, with a draw and a win in their opening two matches, will host SuperSport United in Mbombela on Sunday.

We have to stay calm and focus, and keep the good work with a lot of joy.

“We will also analyse the game and try to improve where we should.”