Mosimane jingles all the way to gold 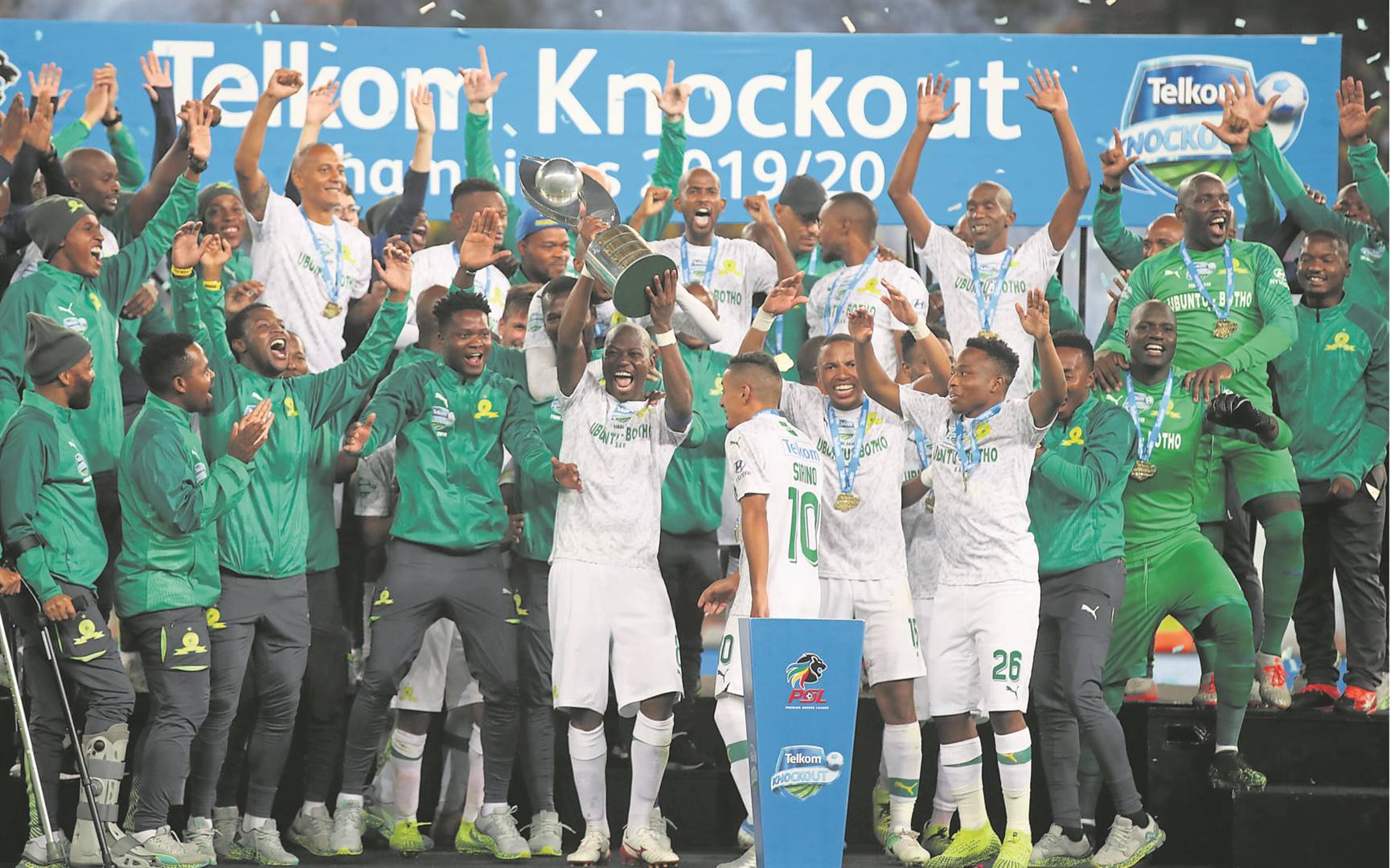 It appeared as though it was going to be another big day for Maritzburg United striker Judas Moseamedi in the Telkom Knockout, but it was Mamelodi Sundowns’ Uruguayan influence from Gaston Sirino that stole the thunder from the Tzaneen-born forward and his side.

Moseamedi had put the underdogs from Pietermaritzburg ahead just before half-time, but two assists by Sirino in the space of 20 minutes set Mauricio Affonso up for a memorable night under the arches of Moses Mabhida Stadium in Durban.

The Team of Choice did all the running in the first half while Sundowns barely broke a sweat.

The opening quarter offered some promising moves, but it was Maritzburg who should have taken the lead as early as the opening minute.

This after a mix-up between goalkeeper Denis Onyango and his defender Mosa Lebusa, who got into each other’s way under pressure, but Keagan Buchanan sent his effort wide.

It was under such pressure moments that Sundowns showed their ability to manage the game as they easily dealt with the threats from the hosts’ attacks.

To their credit, the Maritzburg defence stood their ground when Sundowns confronted them and utilised counter-attacking to good effect when Moseamedi struck with few minutes before the half-time break.

It was thanks to another miscommunication between Onyango and Lebusa that the burly Maritzburg striker managed to squeeze in a shot as he netted his third goal of the competition.

On the flip side, the towering Affonso had kept the hosts’ defenders working overtime with his threat in the air and it was a matter of when, not if, he would strike.

Maritzburg’s brave but futile resistance came crashing under a wave of brutal attacks in the second half.

In a combined effort with Sirino, Affonso had his side back in the game shortly after the recess.

The pair was among the eight changes that Sundown coach Pitso Mosimane rang in from the starting line-up of a side that overpowered Stellenbosch FC 3-1 in Pretoria midweek.

In contrast, Maritzburg manager Eric Tinkler did not tinker much with his team that last kicked an official ball five days before their appearance in the final.

In the end, the Affonso killer headers proved enough to increase Mosimane’s trophy haul since he took charge of the Tshwane powerhouse in December 2012.

In making this year’s Telkom Knockout cup Sundowns property, Mosimane raised the tally to three domestic cups in addition to the four league titles he has already delivered during his tenure at Chloorkop.

The Durban venue is where the 55-year-old from Kagiso, West Rand, last landed the Telkom Knockout trophy in 2015.

Sadly for Tinkler, who won the 2016 edition with Cape Town City, last night’s defeat was yet another miss in the final for the coach with the most domestic cup finals in the past decade.

Credit must go to the two South African mentors, who are actually the last local coaches to have reached a final in CAF interclub competitions at some point in their young coaching careers.