The Limpopo Ncuva Team is over the moon about their nomination as a finalist in this year’s SA Sport Awards, which will be held in Mangaung on November 11.

They have been nominated in the indigenous games team of the year category with Drie Stokkies Group from the Western Cape and a Morabaraba Team from KwaZulu-Natal.

“These stones or pips are also called ‘cows’ [tinkhomo].”

Team manager Raxon Mathonsi said the Limpopo Ncuva team’s ambition was to play in the 2020 Summer Olympics in Tokyo. 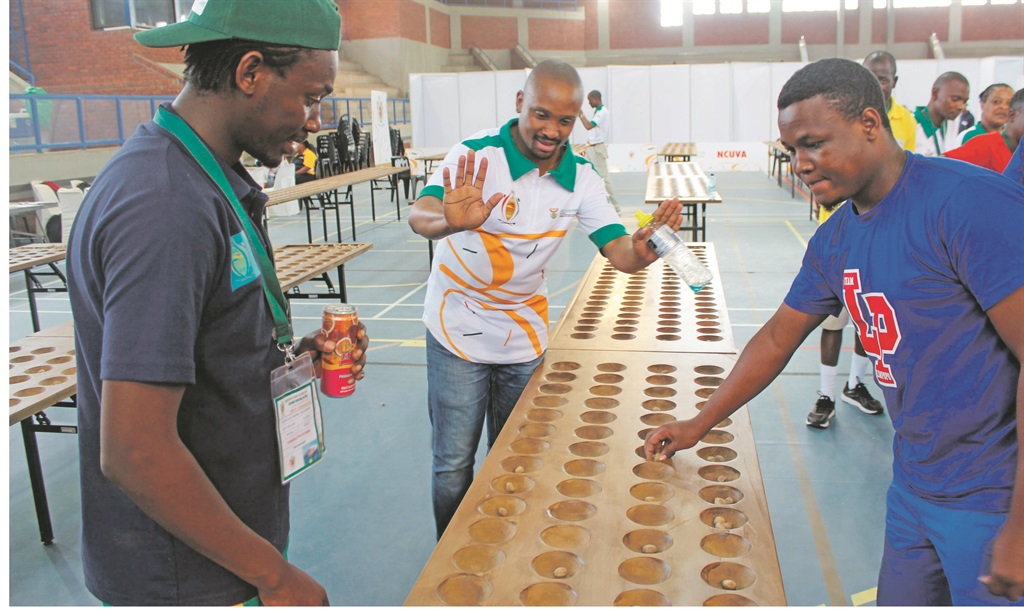 The team has travelled extensively since 2008 because as they have been invited to teach Ncuva in other countries around the world. They visited South Korea in 2008,
Germany in 2012 and Indonesia in 2016.

Mathonsi (59) started playing Ncuva as a hobby and said he began taking the game seriously two years ago.

“We are fortunate in Limpopo because this is where Ncuva originates. And we have won a number of titles, including at last month’s Limpopo Sports Awards.”

Mathonsi, from Giyani, explained how the game is played.

“In Ncuva, we use mathematics to outsmart one another. It’s all about calculating how you are going to eliminate your opponent’s stones [or pips] and also defend yours.”