NFD outperforms PSL when it comes to scoring goals 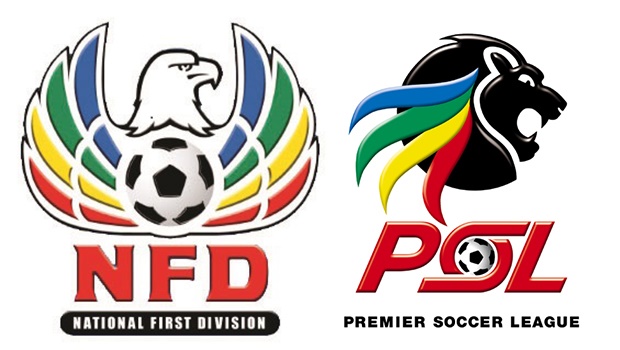 PSL vs NFD: Which league has more goals?

Almost every season, the National First Division (NFD) outclasses the Premier Soccer League (PSL), its more lucrative cousin, when it comes to goalscoring.

The statistics do not include yesterday’s league matches in the two leagues.

With all its riches that it acquired through sponsorship worth billions of rands, the only time the elite league outscored the NFD was in the 2011/12 season, when Siyabonga Nomvethe, then with Moroka Swallows, netted 19 league goals.

The tally beat David Radebe’s 17 strikes for United FC in the second tier during the same campaign.

The two marksmen, however, finished on 20 each when cup games were included in their totals for the season.

Prior to that, Knowledge Musona’s 15 goals for Kaizer Chiefs bettered the 12 scored by Rodney Ramagalela for Black Leopards in the NFD’s 2010/11 campaign.

Vilane is well-placed to share his views on the differences as he’s already tasted the best of both the premier and first division worlds.

“The difference is in the tactics – there is not much freedom in the NFD, unlike in the PSL, where they close spaces as opposed to man-marking,” the former AmaZulu marksman told City Press.

“With man-marking, one slip by the defender and I make sure the ball is in the back of the net.”

Vila, as the 31-year-old marksman is known among his mates, attributed his form to sufficient supply from his team-mates.

“The support is really good,” said the striker, who made his PSL debut with AmaZulu in the 2010/11 season. He scored once in 12 appearances.

He also had stints at African Wanderers and Mpumalanga Black Aces ,and a brief spell in Thailand.

Vilane was due to end his red card suspension against Ajax Cape Town yesterday after being sent off in Uthongathi’s 1-0 loss to TS Sporting three weeks ago.

Vilane’s net-bulging exploits took off with a hat-trick against Ubuntu Cape Town earlier this month. He followed that up with a brace against Witbank Spurs and another strike against Real Kings in a run of good form this month.

Meanwhile, Kaizer Chiefs goalkeeper Itumeleng Khune was a bit “biased” in his analysis, arguing that “goalkeeping has improved a lot in the country and the strikers have gone down”.

The Bafana Bafana number one said the above response to a question from City Press on the sidelines of the Soweto derby pre-match conference this week.

“If you struggle with crosses, you tell the coach: ‘This is my weakness. Let’s work on it so that I can improve.’ So even with them [the strikers], they must set targets for themselves.”

Khune said: “Last season, I posted numbers [my statistics] online – the number of clean sheets I kept and stuff like that. It’s a plan before the start of the season and I want to achieve it, and I push myself to do that. So strikers or other players must do the same and say: ‘I want to score 20 goals per season … 25 the next.’ Then they will push themselves to that limit and achieve their goals.”

Even with a R50 000 cash incentive on offer for anyone who scores 15 goals or more, elite league strikers have fallen short of this target many times.

Sign-up to our newsletters and get the latest results and info in your inbox.
Voting Booth
Political analysts warn that Ace Magashule’s bid to challenge his suspension from the ANC in court will weaken the party ahead of elections in October. What’s your take on this stance?
Please select an option Oops! Something went wrong, please try again later.
The ANC is already weak
11% - 2 votes
It’ll strengthen the ANC
0% - 0 votes
What happened to internal discussions?
0% - 0 votes
He has brought the ANC into disrepute
89% - 16 votes
Previous Results
The best of 2020
Can you guess who featured in our most popular articles from 2020?