Nomeva to be carried to victory on a song slugger Xolisani Ndongeni will rely on the support of his singing fans to win against Emilio Norfat at the Orient Theatre on Friday PHOTO: Leon Sadiki

Unbeaten lightweight boxer Xolisani “Nomeva” Ndongeni has an aura that usually gets his supporters to break into song whenever he’s fighting at the Orient Theatre in East London.

A deafening war cry called Nangu uNomeva, meaning “There’s Nomeva”, is usually sung by almost everybody inside the venue. It brings down the roof when Ndongeni is on the offensive; it gets him fired up and inspires him to win.

The trademark chant will reverberate inside the Duncan Village, Eastern Cape fighter’s slaughterhouse when he meets Tanzanian Emilio Norfat over 10 rounds in their featherweight bout on Friday.

The fight means a lot to Ndongeni, who says he will rely on his supporters to sing for him on the night.

“A win over Norfat is very important for my career. I’ve been promised by promoter Rodney Berman that victory will pave a way for me to have the next fight under the banner of top US television network Showtime,” said Ndongeni, who also holds the World Boxing Association Pan African lightweight crown.

He said he was looking forward to putting on a good show and making an impact in the US.

The 26-year-old Ndongeni, who is fond of showboating, takes the mean-punching Norfat seriously. Out of 32 fights (25 wins and seven defeats) the Tanzanian has knocked out 19 opponents.

“He’s really here to fight, but I will be too good for him. I also wish my fans can sing loud enough on the night to inspire me to knock him out,” says Ndongeni, who is unbeaten in 20 bouts.

Ndongeni gave a lacklustre performance throughout the fight but exerted pressure on Seroka in the ninth round, causing the referee to stop the proceedings.

So it will be up to Nomeva’s singing brigade to lift him to a better showing.

Norfat lost to Filipino AJ Banal by technical knockout in the third round at the Hoops Dome in Cebu in the Philippines in November.

The main fight on the Sijuta Promotions bill will feature Simpiwe Vetyeka against Japan’s Tsuyoshi Tameda over 10 rounds in the featherweight bout.

Vetyeka comes into the fight with a record of 28 wins and three defeats in 31 outings. Tameda carries 13 wins, three losses and two draws in 16 starts.

The other fight on the undercard will be the World Boxing Association international junior bantamweight clash between Luzo Siyo and Yohei Tobe, also from Japan. 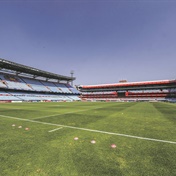 Read more on:
boxing
Podcasts
Podcast | How to pay off your home and car