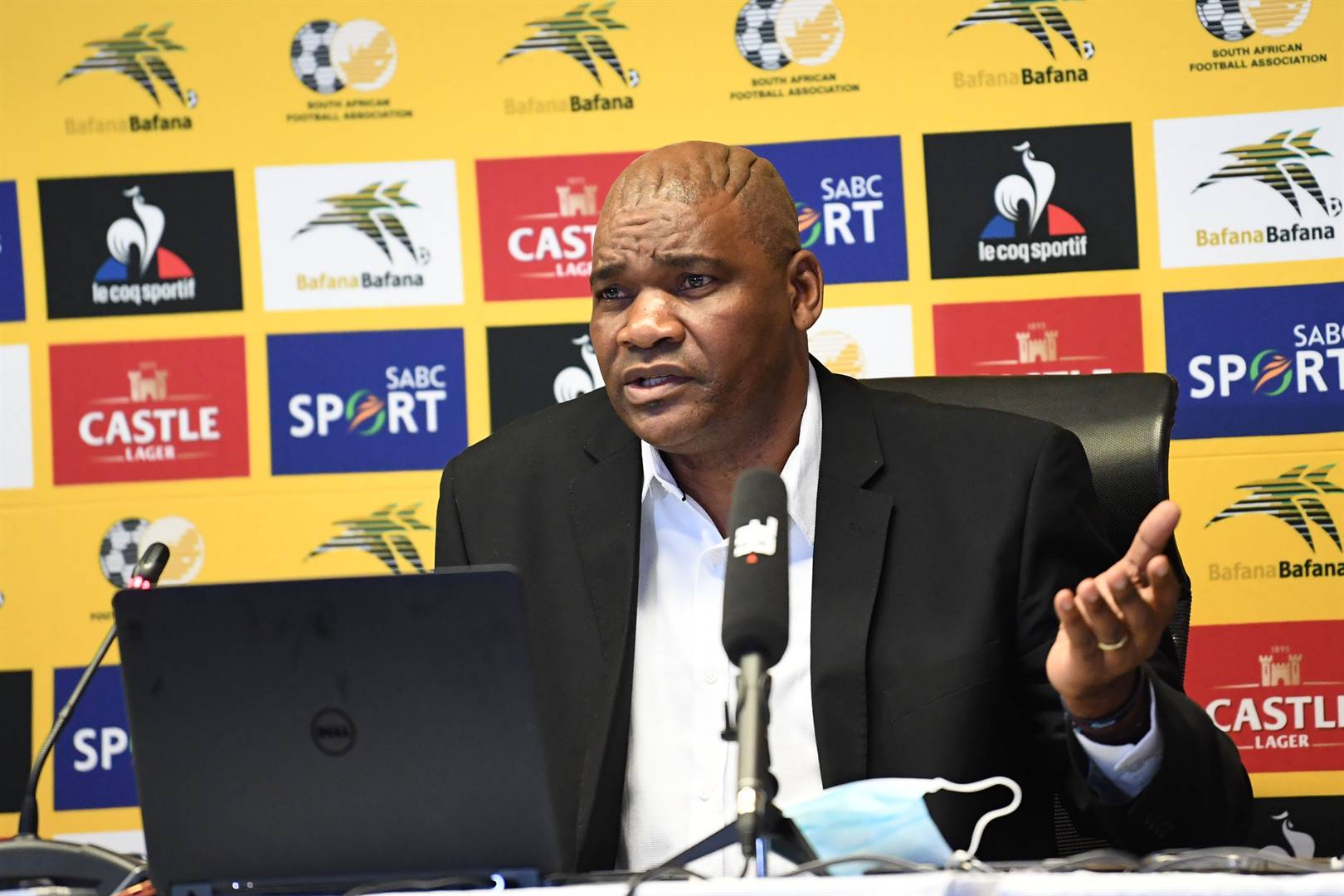 While Khune’s and Chiefs’ struggles for form are well scripted this season, Ntseki argued that experience won it for the veteran shotstopper to earn a place in the latest team.

The 33-year-old is among the three goalkeepers alongside SuperSport United’s Ronwen Williams and Veli Mothwa of AmaZulu, who Ntseki has called up for the games against Ghana at FNB Stadium on March 25 and Sudan away three days later.

Bafana and Ghana are tied on nine points in Group C but the Black Stars top the pool on head-to-head after beating South Africa 2-0 in the opening game. Sudan are third with six points, while Sao Tome and Principe remains bottom of the group with no win.

Going into these matches, we can’t bring in inexperienced keepers
Coach Molefi Ntseki

“We’ve done our profiling on players since our last game against Sao Tome [in back-to-back qualifiers in November],” said Ntseki as he announced the 26-member squad at Safa House in Nasrec, Johannesburg on Thursday.

“The goalkeeping department has been a serious concern for us. Ronwen Williams has been the only current Bafana keeper playing regularly for his club. Lately we saw Khune starting for Chiefs. And because of the past experience and the few games that he has played for Chiefs, we felt he should be included in the team. Going into these matches, we can’t bring in inexperienced keepers.”

Not so long ago, the long-serving Amakhosi goalkeeper hogged unwanted attention with identical howlers that cost Chiefs points in their league games against SuperSport and Black Leopards in the space of a week in December.

Khune was dropped from the team and he only made his return to the starting line-up in the middle of last month. He made 12 appearances in all competitions for Amakhosi, in which he was beaten 18 times and only kept a clean slate on three occasions.

Read: Hunt: ‘We are really struggling at FNB Stadium’

However, Ntseki explained that he had been monitoring other goalkeepers in the PSL and Mothwa was a standout, while the coach also reserved praise for Baroka keeper Oscarine Masuluke.

According to the coach, the decision to include Khune was taken after also engaging with the player and Chiefs’ goalkeeper coach Lee Baxter.

“When I spoke to coach Lee Baxter about the situation, he said they brought Khune in to a meeting to find out what actually happened [in the games against Leopards and SuperSport]. As Khune explained the situation, it was one of those mistakes that you make in your career that you’d want to forget as quickly as possible. He said he was trying to play from the back and, as a result, they read into the pass and he made that mistake.”

Added Ntseki: “I recently spoke to Itumeleng and we had a lengthy telephonic discussion. He was explaining to me what he was going through as a person. I said to him that he must also consider giving respect to the career and to the profession we are in – that you are not growing younger and it is also important for you to be a leader in terms of how you do things.

“When it comes to training and his conduct at the club, the coach is very happy with him in terms of being on time and doing his best at training.

“Seeing him playing in the past two matches was based on the attitude that he was showing at training and the club felt they needed to give him a chance. He has been doing well apart from conceding the four goals against Wydad at the weekend.

“I think any human being has got those bad patches in life and Itu is no different. We are just looking forward to bringing him to help the team.”

Khune was retained in goal for Amakhosi in the team’s 4-0 thrashing by Wydad Athletic of Morocco in their CAF Champions League game that was played in a neutral Burkina Faso last Sunday.

In contract, Williams has played every minute in SuperSport’s 23 games in all competitions.

He conceded 24 goals and kept five clean slates this season, while Mothwa has played 15 league games, with four clean, since he joined Usuthu from Chippa United in November.

Bafana squad for Afcon qualifiers against Ghana and Sudan

We live in a world where facts and fiction get blurred
In times of uncertainty you need journalism you can trust. For only R75 per month, you have access to a world of in-depth analyses, investigative journalism, top opinions and a range of features. Journalism strengthens democracy. Invest in the future today.
Subscribe to News24
Related Links
Bafana coach Ntseki promises a memorable Friday night in Durban
Will Bafana make their home ground advantage count?
Next on City Press
Siyabonga Nomvethe helps reawaken sleeping hometown giant at AmaZulu

Choose a newsletter
Voting Booth
Please select an option Oops! Something went wrong, please try again later.
Police need training against their brutality
26% - 25 votes
A need for more action against police
15% - 14 votes
Police protect themselves
24% - 23 votes
Nothing will change
35% - 33 votes
Previous Results
The best of 2020
Can you guess who featured in our most popular articles from 2020?