PSL clubs can return to training. No matches though 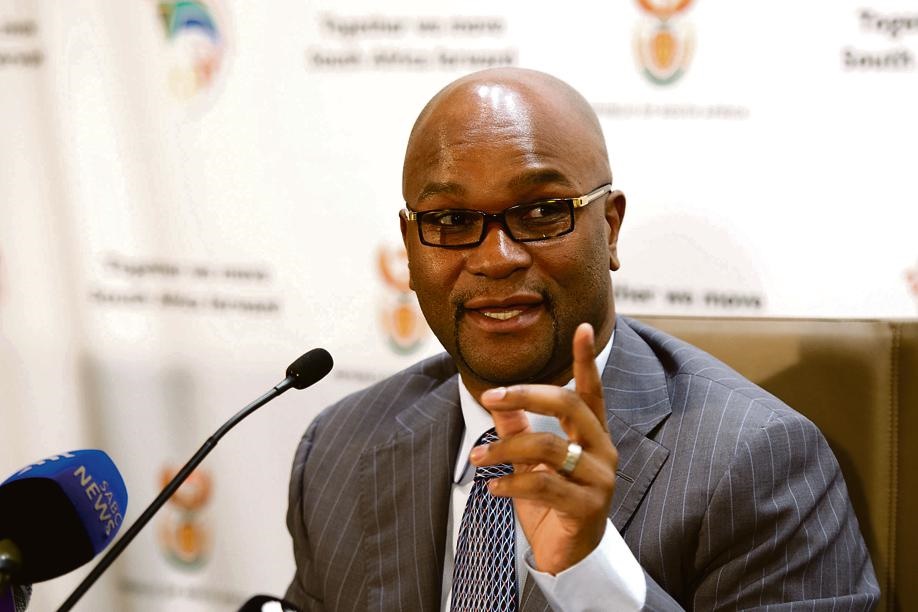 Minister gives green light, but says no matches will be played under level 3.

The PSL is hoping to restart and finish its programme in July, according to a highly placed source.

At least, this is what the PSL will be pushing for when the league’s joint liaison committee meets tomorrow. The meeting is set to address a report compiled by a task team of the committee – a document that will then be presented to government for consideration.

Yesterday, as the country prepared for level 3 lockdown, which starts tomorrow, Sport, Arts and Culture Minister Nathi Mthethwa gave the PSL some hope that the 2019/20 season would be concluded.

However, he reiterated that contact sports remained prohibited, while non-contact professional codes have been given the green light to resume without spectators under level 3.

“Level 3 is about training and preparations. All sporting, arts, cultural or religious events are prohibited, except religious gatherings [of not more than 50 people] and professional non-contact sporting events for the purpose of preparations for major sporting events. We are following a staggered approach in reopening sports,” said Mthethwa.

As for when contact sports would resume, he said this would depend on the evolution of the virus. He also warned that the latest updates were “draft directions and, even if they are gazetted, you [sport federations of non-contact codes] still have to make your case before the minister”.

As things stand, Safa and the PSL are engaged in marathon meetings in which they are discussing the safety and health protocols.

Safa said Mthethwa’s clarification on the feasibility of resuming contact sports would be helpful when the joint liaison committee met tomorrow.

“We welcome the fact that athletes can start training under strict and specific conditions. Furthermore, there are requirements for the thorough monitoring of all athletes to ensure full compliance.

“It is also clear from the minister’s briefing that contact sports such as football and rugby cannot resume competitively under alert level 3,” said Safa acting chief executive Tebogo Motlanthe yesterday.

“Safa welcomes the continued engagements, and is mindful of the negative financial impact Covid-19 has had on sport in general. Football, rugby and cricket are among the major sporting codes that have been heavily impacted on by the pandemic,” said Motlanthe.

Despite holding a series of meetings since the indefinite postponement of its programmes in March, the PSL has not given many updates regarding its efforts to finish the 2019/20 season.

However, City Press can confirm that the PSL called an urgent executive committee meeting for Tuesday.

In a letter addressed to all member clubs on Friday, the league said it would inform its affiliates about the way forward after the meeting.

The PSL executive committee met on Thursday, but did not finish its business because it’s waiting for the outcome of the joint liaison committee meeting tomorrow.

In the letter sent to clubs on Friday, PSL acting chief executive officer Mato Madlala pleaded with the clubs to be patient and not rush to uninformed conclusions.

“It is crucial that we all act responsibly at this time, that we support the efforts of government and that none of us seeks to place our own interpretations on what is or is not permitted under the new regulations until we have clarity,” he wrote.

“You will be provided with a full and detailed report after the executive committee [meeting] on Tuesday. Pending that, please ensure that no participant in professional football acts any differently to that which has applied under the regulations, nor gives any comment or acts in a fashion that could prejudice our sport.”

As part of its comprehensive plan, the PSL has hinted at a tournament format that could see all 32 clubs – Premiership and NFD – converge in a camp. This would ensure that teams are put under strict quarantine until they finish the remaining games without spectators.

According to the source, the league wanted to use venues in Gauteng and North West to conclude the season.

“The idea is to make sure there’s enough accommodation for all the clubs. For now, we are looking at the Royal Bafokeng, Moruleng and Olympia Park stadiums in Rustenburg, and maybe Lucas Moripe Stadium in Atteridgeville, Pretoria, as match venues,” said the insider.

The Premiership has 54 games remaining to conclude the current campaign, while the second-tier sides are left with six games each – which translates into 48 fixtures.

There are also three Nedbank Cup games – two semifinals and the final – as well as six promotional/relegation play-offs remaining on the PSL calendar, which would have already been concluded if not for the pandemic.

The new season traditionally kicks off in August.