Rassie details Bok plan ahead of trip to Japan PLANS APLENTY Springbok coach Rassie Erasmus has his ducks in a row ahead of the Rugby Championships and the Rugby World Cup. Picture: Steve Haag /Gallo Images

In their three Rugby Championship matches against the usual suspects Australia, New Zealand and Argentina, as well as “friendlies” against Argentina and Rugby World Cup hosts Japan, the Springboks have five games before they open their campaign against the All Blacks on September 21 in Yokohama.

With their Rugby Championship campaign opener against Australia on Saturday, and eight players still to be trimmed from the training group, head coach Rassie Erasmus listed five “work-ons” they want to have dealt with by the time they get to Japan:

To ensure the right 31 guys go to the World Cup

Currently, we have 39 players in the squad, and the most important thing for me is to make sure that the right 31 guys go to the World Cup. I think the biggest mistake one can make is take the wrong guys on the plane to Japan.

Sometimes a squad is heavily overloaded in terms of experience. When you have experience, you have big-match temperament and the right decision-making, but you lose availability and agility.

Make sure the stand-by players are in good shape

I’ve seen in previous World Cups that guys who don’t go to the World Cup either go on holiday or fall off the pace and, all of a sudden, you need a fourth hooker or scrum half and that guy is not up to speed.

Those guys are only going to be playing Currie Cup or for their overseas clubs, so they need to stay on our conditioning programme. We have to make sure that the guys who don’t go stay on par with the rest of the squad.

When I say build momentum, obviously the easiest way to do that is to win because that gives you belief. If you don’t win, you can still build momentum by progressively getting better in certain facets of the game.

So, if you do lose – which obviously is not first prize – there must be consistent improvement in your scrums, defence or breakdowns, otherwise the team loses belief.

But the first prize is to win to build that confidence – you don’t want to go to the World Cup without belief.

Cool, calm heads for the decision-makers

You need to get that mix right. For example, guys like [scrum halves] Herschel Jantjies and Cobus Reinach don’t have a lot of test caps, but we need to make sure they’re comfortable running things from nine. We can’t give those guys 40 caps, but we can equip them externally.

We’ve got a lot of people helping us, especially in how we talk to referees, how we build up to games, how we analyse them – those kinds of things – because we don’t have the luxury New Zealand has of two nines with 60 to 70 test caps, so we have to find a way to make them comfortable in making big decisions under pressure.

We need to make sure that, when it comes to the big games in the Rugby Championship and the quarterfinals in the World Cup, they are calm enough.

Spot weaknesses in the management team

We as the management team need to understand 100% where the weaknesses are with us and within the team during the Rugby Championship.

If we do pick them, we need enough time to get things right before we get on the plane to Japan. We’ve strengthened our management team with a dietician and a player welfare manager.

We’ve got three physiotherapists and we’ve got some great help about how to manage the referees.

Now we need to see how that works so that, when we get on that plane, the management team has covered all those bases. 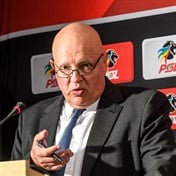