In this Q&A, Mamelodi Sundowns and Banyana Banyana star Rhoda Mulaudzi talks about her challenging time in Belarus and playing for Dinamo Minsk, as well as her triumphant return home to be part of the treble winning Sundowns women’s team that lifted the CAF Champions League trophy.

Mulaudzi also talks about her toughest opponent in the Champions League, how her game has evolved over time and the steps she would take to boost football for girls and women in South Africa.

You re-joined Mamelodi Sundowns in July. How has it been to be back home?

It is nice being home and I enjoyed every moment of the journey with my home team, which included winning the CAF Women’s Champions League as well as the Hollywoodbets Super League.

Who were your toughest teams to play this season?

Locally, UWC [University of the Western Cape] as they are a good team, strong, and always highly motivated to win against Mamelodi Sundowns. In the Champions League, it was Rivers Angels from Nigeria as they were so defensively strong, but also had speedy players who were able to run.

If you could advise Sundowns on buying one of your opponents, who would you recommend?

The number 11 Fatima Tagnaout from Moroccan team ASFAR. She’s quick, smart, skilful and can dribble. Her passing ability also makes her a great team player and she would bring a lot of positivity, especially with her attacking.

What are the strengths of your team?

Team spirit. We play for one another, not as individuals. We also having quick players and score lots of goals. Tell us about coach Jerry Tshabalala.

The coach is very funny, always laughing, easily approachable and, off the field, he is like a father and a friend. He is a free-spirited man. However, when it comes to work, it is strictly work.

READ: Sundowns Ladies on the cusp of CAF history

How was your time playing for Dinamo Minsk?

Football-wise I improved technically. Usually I play as a striker, and in Belarus I was made to play as a winger, so I became a better all-round player. But life outside of football was not enjoyable. Language was a big issue. It was difficult to grasp, even though I tried my best to learn.

Which country is your favourite to visit?

Australia because of the language, culture and the fact that they are very welcoming. I gained many supporters when I played there and I enjoyed my stay. 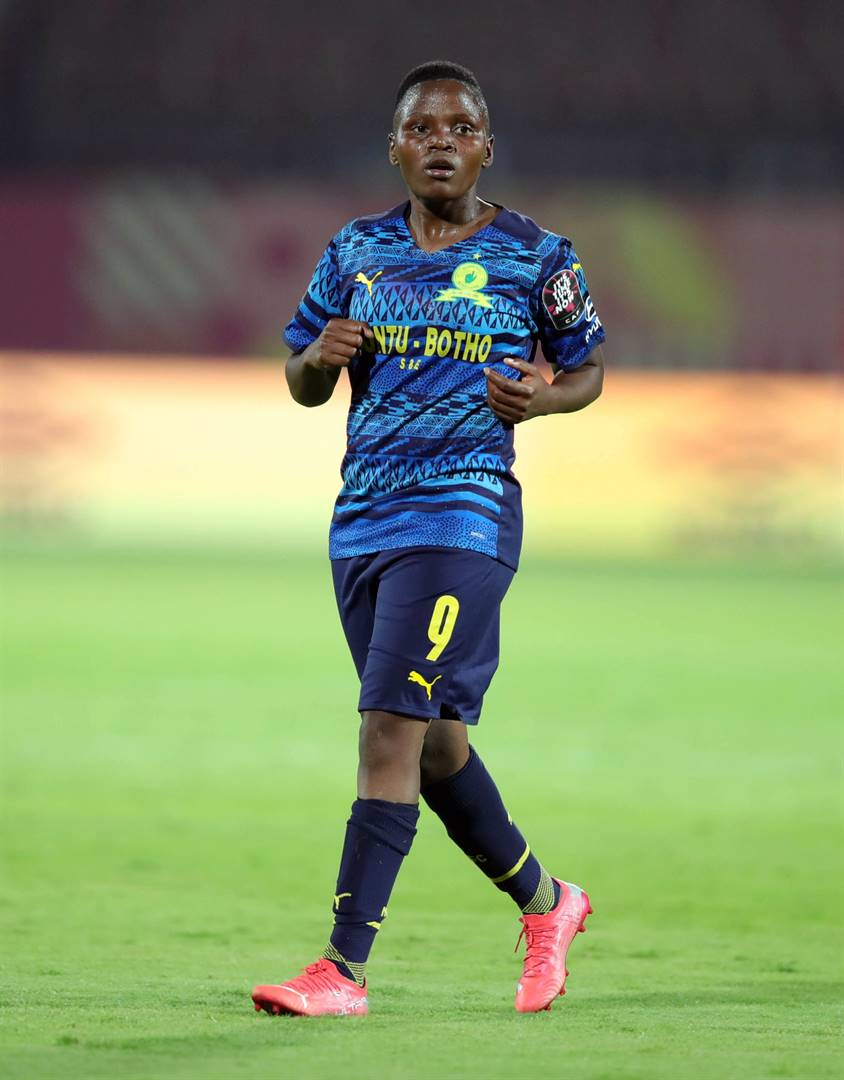 Rhoda Mulaudzi says her game has improved a lot since her days in Belarus. Photo: Samuel Shivambu/BackpagePix

What are your strengths?

How has your approach to the game changed with experience?

I better understand football and am able to utilise my skill and strength together with my brain. I am better able to anticipate a team-mate’s next move and have become a team player, rather than playing for myself.

Which boots do you play in?

Puma Ultra women. They are comfortable and have a Matryxevo technology woven upper, making them lightweight, which is suitable for the speed game that I like.

I see the team defending our Hollywoodbets Super League and CAF Women’s Champions League titles, as well as playing in the Fifa Women’s Club World Cup. In terms of the national team, hopefully we win Afcon and qualify for the Fifa World Cup in 2023.

READ: Banyana star Thembi Kgatlana is glad to be back home

If you got to head Safa, what key steps would you take to boost football among girls and women?

I would start by introducing school football and development academies for girls, and then ensuring there were sponsors for female teams and seeking support from the department of sport and other organisations to assist with the growth of women’s and girls’ sport across all provinces.

Belated happy birthday for December 2. What was your favourite gift?

Thank you for the birthday wish. My favourite gift was an album by musician Dr Thomas Chauke.