SA golfers have a shot at US Open 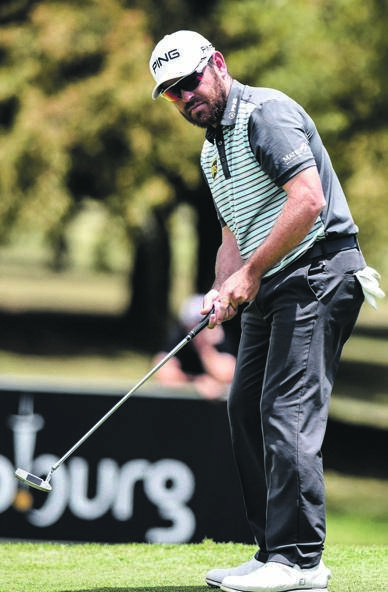 ON TOP Louis Oosthuizen will lead the South African contingent at the US Open at Pebble Beach. Picture: Catherine Kotze / EPA

The nine South African golfers who will tee it up in the 119th US Open at Pebble Beach on Thursday can rightly feel they at least have a spiritual connection with one of America’s most vaunted golf courses.

Of the many designers who have helped to shape this iconic Californian course is Alister MacKenzie. The Scot served as a surgeon during the Anglo-Boer War. While in South Africa, he was so impressed with the Boers’ ability to use the land for camouflage that he incorporated their ideas into his golf course designs.

The South African contingent at this year’s third major is the third largest in the field after the Americans and the English.

Historically, Ernie Els has a wonderful record at Pebble Beach. He finished tied second to runaway winner Tiger Woods in 2000, and came third in 2010. It’s bound to be an emotional US Open for Els, twice a winner of this major – and he’ll be sharing the fairways with his nephew and rising amateur star Jovan Rebula this year.

Realistically, Louis Oosthuizen has to rank as the South African favourite, given that Pebble Beach is a ball striker’s course and Oosthuizen is as pure as they come in this department. His best performance in a US Open is second in 2015, behind winner Jordan Spieth. IN THE MIX Justin Harding’s form makes him one of the golfers who has a shot at the US Open, which starts on Thursday

Based on this year’s majors form, Justin Harding takes the lead following his tied 12th finish at the Masters Tournament, amid a magical 18-month run that’s vaulted him into the top 50 in the world, and he has only just started to tap his full potential in the game.

Branden Grace has shown he understands the demands of US Open golf with his top-five finishes in 2015 and 2016.

A solid South African challenge is completed by the Sunshine Tour quartet of Merrick Bremner, Dean Burmester, Erik van Rooyen and Justin Walters, who all earned a place in this major through sectional qualifying.

Retief Goosen is the last South African to have won the US Open in 2004, and has some advice for his fellow South Africans.

“The thing about the US Open is that par is a good score. In some tournaments, par is a bad score and you get frustrated not making birdie on every hole, but in a US Open, a par can see you gain some shots on the field,” he said.

Pebble Beach should be more forgiving in two respects, though. Firstly, as the host of an annual tour event in the AT&T Pebble Beach Pro-Am, the links is a more traditional PGA Tour venue than most US Open courses.

Secondly, the scrutiny the US Golf Association is under following players’ intense criticism of previous set-ups suggests that the association will want to get this one right and give the players the “fair” test they’re calling for.

All of this could give the South Africans their best shot at US Open glory in recent years. – Michael Vlismas Media

We live in a world where facts and fiction get blurred
In times of uncertainty you need journalism you can trust. For only R75 per month, you have access to a world of in-depth analyses, investigative journalism, top opinions and a range of features. Journalism strengthens democracy. Invest in the future today.
Subscribe to News24
Related Links
SA's greatest Player hails 'unbelievable' Tiger
SA golf prodigy impresses at Kids Australian Open
Gary Player the star attraction at BMW Golf Cup SA final
Next on City Press
Mystery over Chiefs’ CAF opponents from Cameroon