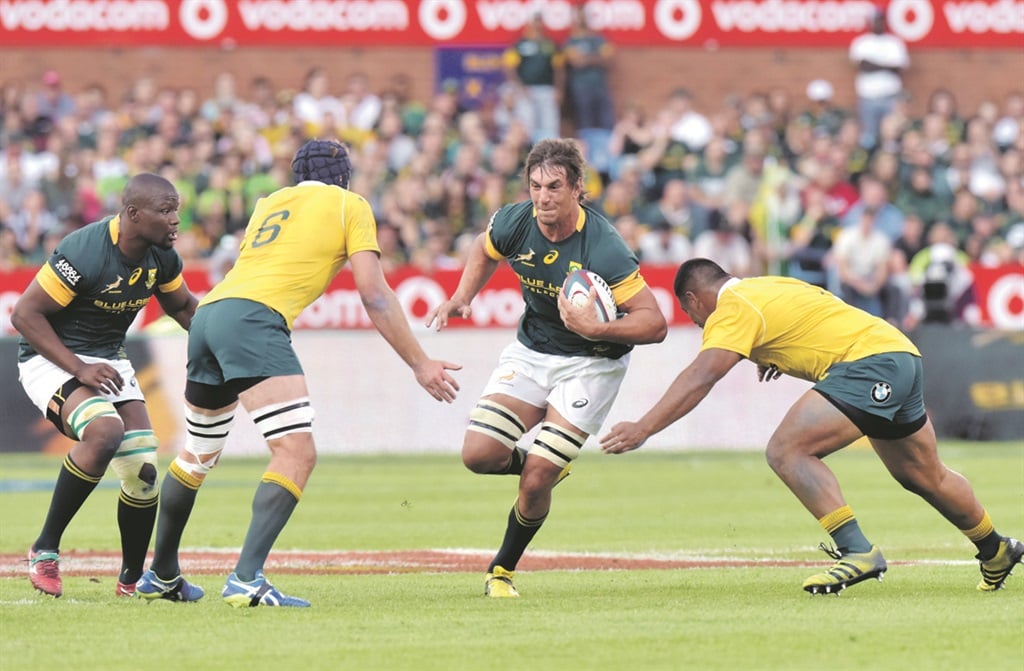 Cellular network giant MTN’s interest in filling the void left by Absa on the Springbok jersey has met with a stumbling block in the shape of an old foe – fellow cellphone behemoth Vodacom.

SA Rugby is in negotiations with MTN to step into the sponsorship space so unceremoniously left by Absa at the beginning of last year, with the deal being negotiated on being rumoured to be in the region of R45 million a year.

But long-time competitor and SA Rugby partner Vodacom is one of the main hurdles that needs to be cleared with caution before the deal, which would give the governing body vital relief, is signed.

The main issue is Vodacom’s relationship with SA Rugby, which has been around since Super Rugby began in 1996.

Over the years, Vodacom has been a tournament sponsor for Super Rugby, the Tri Nations and the Vodacom Cup.

While the only tournament it now sponsors is Super Rugby – which would present no material conflict with MTN’s ambitions to sponsor the Springboks because the Rugby Championship and mid-year tours are sponsored by Castle Lager – the sticking point is that it is SA Rugby’s official cellular partner.

A sponsorship expert, who estimated the worth of the contract at about R5 million to R7 million a year, said SA Rugby almost finds itself in a situation where it needs Vodacom to bless the new union with its bitter business rival.

“There’s a long history there and SA Rugby is very respectful of the relationship, so it is being handled sensitively,” he said. “The thing is, Vodacom has supported SA Rugby for more than 20 years and now it is going to a competitor.”

When asked if SA Rugby – which would ideally like to go into the Springboks’ three-test series against France with the MTN logo on the team jerseys – were any closer to concluding negotiations, general manager of communications Andy Colquhoun refused to discuss the matter.

“We don’t talk about these things until they are done,” he said. “Public negotiation in those things doesn’t help.”

Whatever the deadline, SA Rugby would welcome the MTN deal because the rumoured R45 million would go some way towards easing the problems created by Absa’s abrupt withdrawal, even though the sponsorship would be less than the supposed R72 million the bank was paying to be on the Bok jersey.