This week, South African football bosses lost out on a great opportunity to lead the nation, all because of petty politics.

The question is: If the Covid-19 coronavirus pandemic could not unite football bosses, what will it take to get harmony in our football world?

This was a great opportunity to show unity, but if this national calamity can’t make those who lead Safa, as well as their PSL counterparts, put aside their petty differences to work hand in hand, then nothing will – at least for now.

This week’s unfortunate incidents once again demonstrated the lack of unity between Safa and its special member, the PSL.

This is how the drama unfolded. After Sunday night’s national address by President Cyril Ramaphosa about Cabinet’s decision on how to tackle Covid-19, the PSL’s executive committee held an emergency meeting on Monday.

The meeting resolved to cancel all PSL fixtures scheduled for the week.

This meant that the next round of matches would kick off in the first week of April because the following week was supposed to be a Fifa week. Bafana Bafana were scheduled to play São Tomé and Príncipe in back-to-back matches.

The PSL then called for a Board of Governors meeting on Thursday.

Had the league’s executive made the decision to stop all the matches without involving the board, wouldn’t that have been misconstrued as dictatorship? Anyway, that’s a discussion for another day.

Then, on Tuesday, Sports, Arts and Culture Minister Nathi Mthethwa called his own meeting with leading sports federations. Safa and the PSL were present. After the meeting in Pretoria, Mthethwa announced that the league could continue behind closed doors. Then, on Wednesday, it was Safa’s turn to call a press conference. President Danny Jordaan told everyone in no uncertain terms that Safa, as the custodian of football in the country, would not allow any matches to be played.

Jordaan even went as far as saying that, if it came to a push, Safa would withdraw match officials so that the games wouldn’t be able to go ahead.

Mind you, match officials belong to Safa and the referees just render a service to the PSL, who in turn pay them their match fees and monthly stipends.

On Thursday, it was the PSL’s turn to address a media conference, and it was announced that matches would remain on hold until further notice.

Were all these meetings and press conferences really necessary? I don’t think so. It was all just an attempt to show off their might.

A sober approach would have been for Safa to call an emergency committee meeting or management committee meeting, which comprises the presidency (president and three vice-presidents, including PSL chairperson Irvin Khoza) immediately after the president’s address on Sunday evening. This is where they would have discussed and mapped out the way forward as the leadership of football in the country.

But, alas, this was never going to happen.

Instead, they exposed people – including the media contingent – to the risk of catching the virus on four different days at a time when the movements of people should have been restricted.

Where were the doctors when they were needed most to give direction on this national crisis?

Covid-19 requires medical experts to advise organisations and make decisions about whether the matches should go ahead or not.

We are talking about people’s lives here, and even the idea of playing behind closed doors should not have been considered at all.

Cancel all the matches, period!

Rather let football be the loser for now by suspending the matches instead of putting the health and the wellbeing of human beings at risk.

After the meeting in Pretoria, Mthethwa announced that the league could continue behind closed doors.

Life is more important than football.

And for the minister to then pronounce that the games could even start the following day was uncalled for and immature.

Whether there are 100 people or fewer around during a match is neither here nor there – people should not be gathering anywhere.

This pandemic doesn’t need more than 50 people to spread. The risks are just too high for people to even think about playing football right now.

This is a matter of life and death and many people, me included, will choose life over watching a live match.

Next time, let’s think with our heads and not let our emotions cloud our judgement.

If this is not a lesson learnt, then I don’t know where our football is going. I rest my case. 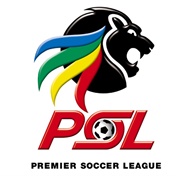 Choose a newsletter
Voting Booth
Will the move to alert level 1 change the way you approach your personal and professional life?
Please select an option Oops! Something went wrong, please try again later.
No, already living the ‘new normal’
46% - 58 votes
Yes, I can finally emigrate
20% - 25 votes
Yes, my business can finally thrive
4% - 5 votes
I just wanna do the Jerusalem challenge
6% - 8 votes
No, I am still scared
24% - 31 votes
Previous Results
Podcasts
Should I pay extra into my mortgage with these lower rates?