Sam Meyiwa dies without getting justice for his son’s murder Sam Meyiwa has died before seeing his son’s murderer face the music.

Senzo Meyiwa, who was an Orlando Pirates and Bafana Bafana goalkeeper, was shot and killed at his girlfriend Kelly Khumalo’s mother’s house in Vosloorus in October 2014. 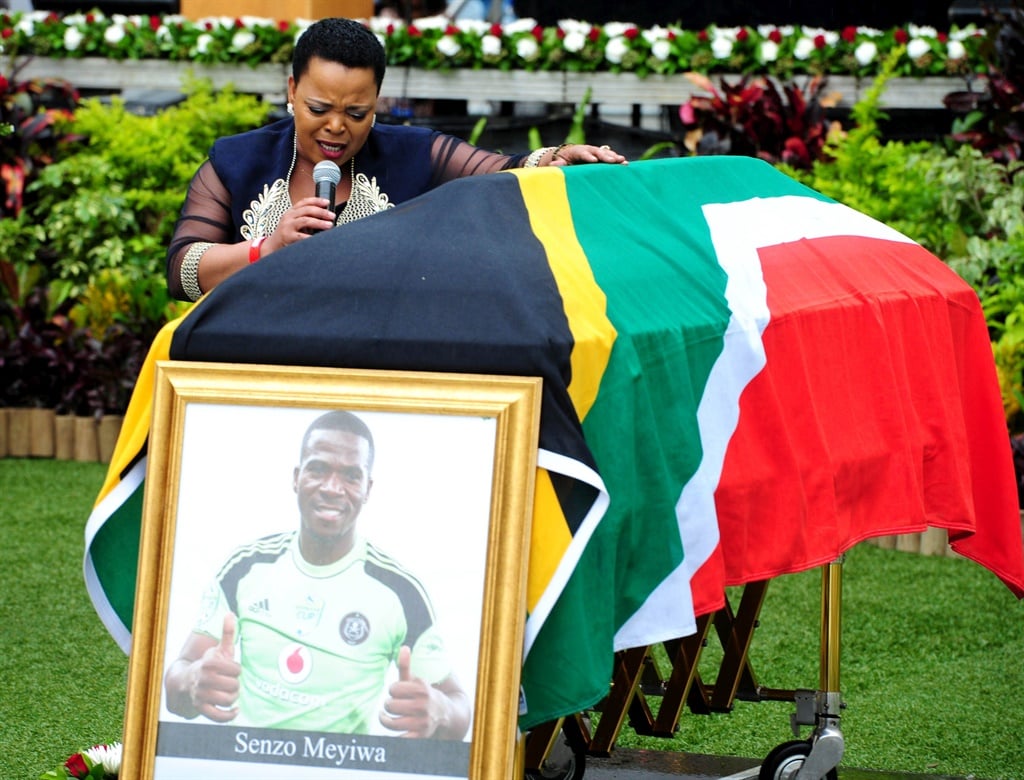 In January, Police Minister Bheki Cele said that the hunt for his killers was ongoing but no arrests had been made.

Since the death of his son, Meyiwa had worked tirelessly to get justice. He suffered a stroke in August last year.

Bafana Bafana announced the news of his death on Monday.

In 2015 City Press reported on how Meyiwa had lived in fear following his son’s death, after being warned by the same hit men who had killed his son that if he didn’t “keep quiet” they were going to kill him.

A case of intimidation was opened.

It was also suspected soon after his murder, according to detectives who were working on the case and had spoken to City Press, that Meyiwa’s killer was known to him.

Also in the house at the time of the murder was Kelly Khumalo’s four-year-old son Christian, and her and Meyiwa’s baby, Thingo, who was asleep at the time.

We live in a world where facts and fiction get blurred
In times of uncertainty you need journalism you can trust. For 14 free days, you can have access to a world of in-depth analyses, investigative journalism, top opinions and a range of features. Journalism strengthens democracy. Invest in the future today. Thereafter you will be billed R75 per month. You can cancel anytime and if you cancel within 14 days you won't be billed.
Subscribe to News24
Related Links
4 years without Senzo Meyiwa
Senzo Meyiwa murder: Chicco Twala 'stalks' Fikile Mbalula
Kelly Khumalo: ‘I’m telling my truth’
Next on City Press
Bucs injured star Mako back at training after horrific on-pitch head injury