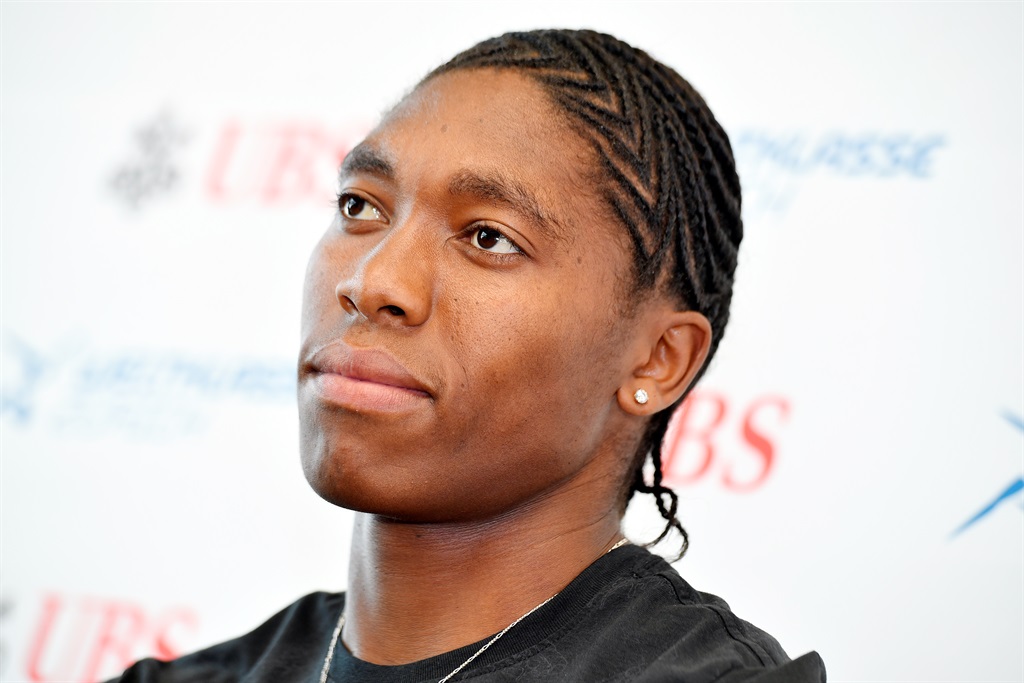 Caster Semenya of South Africa listens during a press conference prior to the Weltklasse IAAF Diamond League international athletics meeting at the stadium Letzigrund, Zurich, Switzerland, on August 29 2018. Picture: Walter Bieri/Keystone via AP

Having faced almost the same opponents in the final of major competitions, Caster Semenya is unfazed going into the Diamond League 800m decider on Thursday evening which will make it look like yet another replay for her.

The 27-year-old will again go head to head with Francine Niyonsaba of Burundi, Kenya’s Margaret Wambui, Sifan Hassan of the Netherlands and American Ajee Wilson, all of whom Semenya will be racing for the umpteenth time.

But it’s no big deal for the reigning world and Olympic champion.

“Whether it’s the same field or not, for me it’s all about performances and improving my times. It’s never difficult,” Semenya told City Press on the sidelines of her pre-race conference at Stadion Letzigrund in Switzerland on Wednesday.

“The idea has always been to come here, dominate the race and win the Diamond trophy. As for a fast time, you can never tell whether the body is tired or not because we have had a long season. I’ll do my best to entertain people.”

Semenya stands to attain a historic hat-trick of Diamond titles and claim the $50 000 at stake.

“For me it’s great but at the same time it’s no longer about me but changing the lives of young boys and girls who don’t believe in their dreams. Coming from a rural area [in Moletjie in Limpopo], I want to show them that if you believe, anything is possible.”

“With the team I have around me, we do crazy things on track.” - Caster Semenya on how she prepares for big races #WeltklasseMeeting @City_Press pic.twitter.com/fgLaBweapF

She had also qualified for another Diamond final in Brussels on Friday but she has forfeited her entry unlike Hassan and some athletes who will proceed to Belgium immediately after the Zurich meeting.

“It’s not wise to run a final here at around 8pm and then try to risk my health and go to another city. I also want to give other people a chance. I have done enough,” Semenya said.

Having done lots of races over different distances this season, Semenya said balancing speed and endurance has been crucial.

“If you want to be a great middle distance runner you have to play around speed, which we were smart enough to do that and to switch around events towards the end of the season.

“The 400m has been one of our biggest achievements this year,” she said.

Semenya won the African title over the one-lapper with a new SA record time of 49.96 seconds – breaking an 18-year mark – at the continental senior championships in Nigeria three weeks ago.

• Mothowagae is in Zurich courtesy of the IAAF

We live in a world where facts and fiction get blurred
In times of uncertainty you need journalism you can trust. For 14 free days, you can have access to a world of in-depth analyses, investigative journalism, top opinions and a range of features. Journalism strengthens democracy. Invest in the future today. Thereafter you will be billed R75 per month. You can cancel anytime and if you cancel within 14 days you won't be billed.
Subscribe to News24
Related Links
Caster Semenya and the continued dehumanisation of the black body
Minister Xasa: Hands off Caster Semenya
Editorial: Why Semenya is sure IAAF doesn’t like her
Next on City Press
SA20 auction – cold hard stats matter