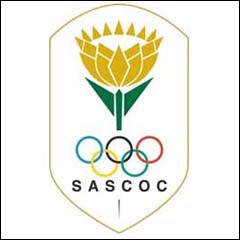 With as many as 14 men and nine women running the Rio de Janeiro Olympic Games’ qualifying times, only three in each category will be on the plane to Rio.

But who will they be?

Under normal circumstances, selection would be straightforward, as the top three in each category should automatically get the nod.

But it looks as if this is not a foregone conclusion, as the SA Sports Confederation and Olympic Committee (Sascoc) will have the final say.

A relatively easy minimum time of two hours and 19 minutes for the men was required for qualification, while two hours and 45 minutes was what the women needed.

But making those times has not guaranteed automatic selection, as the three men and three women with the lowest times could be considered too.

Other factors – such as pedigree and experience, and not just the fastest time – could come into play when deciding on the final team.

Athletics SA (ASA) president Aleck Skhosana would not commit himself on this one. He said they would submit their selected list to Sascoc.

“It is simple: we are waiting for April 30 [yesterday] to see if there is anyone else who has made the time. After Saturday, the selectors will look at all the names and we are going to select a squad out of those who have made the time and submit it to Sascoc who will have the final say.

“If Sascoc is happy, then they will announce the names. We can’t say much at this stage,” said Skhosana.

“At the moment, Sascoc wants a long list of athletes and coaches, so they can apply for accreditation.”

The federation’s qualifying rule stated that runners must have run the SA marathon championships in 2014, 2015 or 2016.

Five of the 14 men attained their standards this year, and the rest did so last year.

The ASA wants only the cream of the crop at the Games and, as a result, only six athletes will be selected to run the marathons in Rio.

Top runner Stephen Mokoka, who has the best qualifying time of 2:07.40, has already indicated that he could opt out of the marathon and focus on his favourite 5 000m and 10 000m events.

This leaves Lusapho April, Sibusiso Nzima and Lungile Gongqa as the top three, while Michael Mazibuko and Benedict Moeng also stand a chance of going to Rio.

The latter two are fifth and sixth on the list.

In the women’s category, Irvette van Zyl looks set to make the cut after achieving her time at the London Marathon last week Sunday.

René Kalmer also achieved her qualifying time at the same marathon, but she was more than seven minutes behind Van Zyl.

Diana-Lebo Phalula is third on the list after she shattered her personal best at the Enschede Marathon in the Netherlands last month.

She chopped more than five minutes off her previous best of 2:38.55, set in Cape Town last year.

We live in a world where facts and fiction get blurred
In times of uncertainty you need journalism you can trust. For only R75 per month, you have access to a world of in-depth analyses, investigative journalism, top opinions and a range of features. Journalism strengthens democracy. Invest in the future today.
Subscribe to News24
Related Links
Sascoc’s big rand headache
Only the best will go to Rio
Sascoc orders ASA to act on damning Skhosana report
Next on City Press
Tim Spirit | So far so good, but Broos must be more tactful

Sign-up to our newsletters and get the latest results and info in your inbox.
Voting Booth
President Cyril Ramaphosa has praised outgoing Chief Justice Mogoeng Mogoeng for his outstanding leadership and service. Do you agree?
Please select an option Oops! Something went wrong, please try again later.
He served well.
63% - 178 votes
He was too controversial
37% - 104 votes
Previous Results
The best of 2020
Can you guess who featured in our most popular articles from 2020?