Side Entry: Mulder is the answer to Gibson’s ‘Sarri ball’ approach – but at a cost 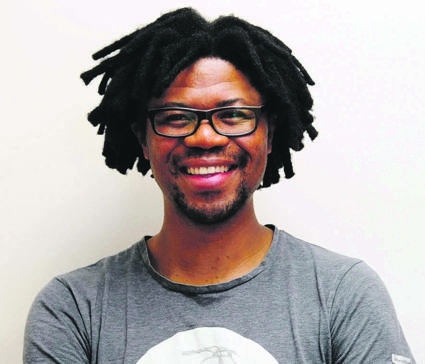 On the face of it, a term that has been all the rage for all the wrong reasons in the current English Premier League has little to do with how the Proteas have gone about their business under coach Ottis Gibson.

“Sarri ball” is a phrase the English media has coined for the style of football Chelsea’s Italian coach Maurizio Sarri has stubbornly employed throughout his career, especially during his time at Napoli.

At its most simplistic, Sarri ball is played to a 4-3-3 format and demands that the players move the ball quickly.

But the catch has been that Sarri is such a slave to his preferred system that, at Chelsea, he has committed the coaching cardinal sin of imposing a playing shape on players, as opposed to designing said pattern around the players he has.

What does any of this have to do with the Proteas? Gibson’s arrival in 2017 heralded a completely different approach by the South Africans.

The Proteas quickly found out that Gibson – a gold chain-wearing, rum-drinking, West Indian so laid back he has no discernible signs of a pulse – likes his cricket played to the background of chin music, meaning he had to have four fast bowlers in his bowling attack.

In insisting on accommodating four quicks in the bowling attack, Gibson did two things – he underestimated South Africa’s recent batting history and overestimated the top six batsmen at his disposal.

Even when the Proteas had Graeme Smith, Hashim Amla, Jacques Kallis, AB de Villiers and one of JP Duminy or Faf du Plessis in their top six, they still opted for the safety and security of the nuggety Mark Boucher at number seven.

The problem with the current top six’s bankers is that Amla, as the kids like to say, akasafani (he just isn’t the old Hash); Du Plessis is under constant pressure to pull out a captain’s innings; and Quinton de Kock is creaking under the strain of coming in at 90-odd for four thanks to inconsistent showings by Dean Elgar, Aiden Markram and Temba Bavuma for myriad reasons.

As a result, the Proteas have been ultra aggressive under Gibson, finishing most of their test matches well within five days.

But the lack of an extra batsman, not to mention wickets – which have been either substandard or tailored to the fast-bowling attack – has left the batting line-up under crippling pressure.

While it may look as though Gibson is taking Sarri’s lead in pigheadedness in insisting on playing four quicks, he has some very good reasons for doing so.

The first is trying to accommodate both Dale Steyn and Vernon Philander in his bowling attack.

As a fast-bowling tragic, Gibson will always want Steyn, a once-in-a-generation quick, in his side and has no choice but to pick Philander because of how incredible he is in South African conditions.

The catch is that both have entered that stage of their careers when they can’t be relied on to finish matches, meaning Gibson always has to have insurance for when either breaks down.

The second reason is looking after Kagiso Rabada’s future – he has had to shoulder the burden of being the skipper’s go-to man when either of the elder statesmen has broken down during games in the recent past.

While the kid may be made of vibranium, and indeed be miffed he has to do less in an environment where the pecking order suddenly sees him as a first change bowler, he has bowled entirely too much for a man his age.

Looking at the ongoing second test against Sri Lanka in Port Elizabeth, Gibson has arrived at the solution in all-rounder Wiaan Mulder.

The man nicknamed “Baby Kallis” when he was at school had been on the fringes of the Proteas test side for the past two years and made his debut on Thursday.

The initial signs were promising – his brief run a ball nine including two back foot-driven fours and his looking untroubled before giving it away by getting himself tangled up and trapped leg before wicket.

Playing Mulder going forward will force Gibson to choose between Steyn and Philander, but it’s the easiest way to balance the team.

We live in a world where facts and fiction get blurred
In times of uncertainty you need journalism you can trust. For 14 free days, you can have access to a world of in-depth analyses, investigative journalism, top opinions and a range of features. Journalism strengthens democracy. Invest in the future today. Thereafter you will be billed R75 per month. You can cancel anytime and if you cancel within 14 days you won't be billed.
Subscribe to News24
Related Links
Side Entry: Boks can’t rely too much on Du Toit’s superpowers at blindside
Side Entry: Options aplenty to replace Gibson, but let’s rather focus on the World Cup
Side Entry: Six Nations will fight with Super Rugby for room this year
Next on City Press
Zwane and Truter both walking a tightrope