Side Entry: When did the Kings coaching job become Peter de Villiers’ birthright? 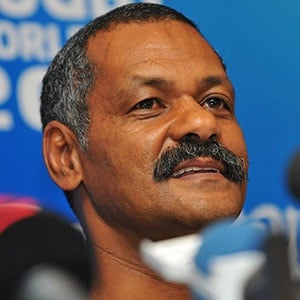 A sign of how farcical, if not politicised, the Southern Kings’ search for a head coach has become was an “informed” twitterati enquiring whether the Public Protector could be roped in to help with former Springbok coach Peter de Villiers’ social media-fuelled bid for the post this week.

This follows a protracted campaign, seemingly by hook or by crook, to have De Villiers installed in the job by a faction inside Eastern Province (EP) Rugby – who are the Kings’ supposed partners in crime – before the process even began.

What began with an obscenity-laden Facebook post by EP Rugby vice-president and Kings board member Bantwini Matika has spiralled into a widespread social media battle on De Villiers’ behalf, which, it can be argued, has all but eradicated whatever procedure the Pro14 franchise had in place to recruit a new coach.

Matika’s broadside, in which he called Nick Mallett racist, led to the former Springbok coach withdrawing himself from the panel to decide on Deon Davids’ successor.

The result is that an already browbeaten Kings hierarchy found itself under immense pressure to hire De Villiers this week because the black rugby public want a black rugby coach in charge of their team, regardless of whether he fits their vision.

Throughout the dispatches, De Villiers has been painted as an unrecognised genius, but the truth about whether he is the mastermind some claim he is, or the “clown” many accused him of being when coaching the Boks, is somewhere in the middle.

The cyberbullying has been spread evenly, with columnists like this one catching some of the flak for supposedly carrying out a media vendetta hell-bent on making sure De Villiers didn’t get the job simply by writing some of the stories about the recruitment process.

I was called out for “lying” about De Villiers’ qualifications – which have become an important but ultimately irrelevant narrative in the push for the former Bok coach – in one of the stories I wrote.

The Kings’ criteria for would-be applicants was a World Rugby Level 3 certificate and international coaching experience.

De Villiers is, as he produced on social media this week, in possession of a Wales Rugby Union Level 3 certificate obtained in 1996.

It’s a qualification since replaced in 2007 by something called the UK Coaching Certificate 3, which equates to a World Rugby Level 3 certificate.

What the local coaching educators seemingly can’t explain is whether a coach needed to update and/or upgrade his or her Welsh, Scottish or English qualification to obtain the new one.

But a telling factor about whether a Wales Rugby 3 and a UK Coaching Certificate 3 badge were interchangeable was the withdrawal of the coaches’ educator from the Kings’ panel to choose a coach, after the franchise pragmatically decided to carry on with the interviewing process despite three of the four candidates not being in possession of a World Rugby Level 3 certificate.

As the coaches’ educator put it to me this week: “If a guy came to my course and he told me he’d done a Level 2 in England, I’d ask for his certificate and look for UK Coaching Certificate on it. If it’s not there, I’d tell him this is not the equivalent of a World Rugby Level 2 certificate.”

Quite how that equals a deliberate media conspiracy mystifies me.

Be that as it may, the qualifications debate is actually not paramount when it comes to whether De Villiers gets the job or not because he was interviewed, which I’m led to believe ended up becoming the key component of the panel’s scoring of the candidates in the report submitted to the Kings’ chairperson.

But the bigger questions to ask are: When did getting any job become De Villiers’ birthright; and how is it that the Kings don’t have a democratic right to appoint a candidate of their own choosing?

We live in a world where facts and fiction get blurred
In times of uncertainty you need journalism you can trust. For 14 free days, you can have access to a world of in-depth analyses, investigative journalism, top opinions and a range of features. Journalism strengthens democracy. Invest in the future today. Thereafter you will be billed R75 per month. You can cancel anytime and if you cancel within 14 days you won't be billed.
Subscribe to News24
Related Links
Infighting a worry for Kings coach job
Peter de Villiers facing Zimbabwe rugby exit over daughter's illness
Next on City Press
What’s in City Press Sport: PSL, Cape Town City sponsor standoff reaches Safa | Injured star Kgatlana might not play for a year | A tale of two cities