Thulani Serero still has a point to prove

It has been a while since Thulani Serero last turned on the magic for Bafana Bafana. The former PSL player of the season has been a bench-warmer in the national team of late, having been “banned” from Bafana at one point.

As head coach Molefi Ntseki finally kicks off a new era for Bafana this afternoon, some attention will also be on Serero – to see if the 29-year-old can finally break into the starting line-up.

This as he also has to debunk the perceptions around his loyalty to the national cause.

At his age, the midfielder is in the twilight of his career, which explains why he has dropped the top leagues of Europe in favour of the obscure UAE Arabian Gulf League in the Middle East.

He will be 31 when his two-year contract ends at the Abu Dhabi-based club.

The Soweto-born player never really cracked it under Baxter and he last started a match in national colours against Morocco at the Afcon in Egypt – his only appearance at the continental championships.

This begs the question, will Serero have done enough to claim a place in the Bafana side that is building towards achieving the Safa Vision 2022 goal, which is to qualify for the next global soccer showpiece in Qatar?

Zungu is out injured and the France-based player was swiftly replaced by Highlands Park talisman Mothobi Mvala midweek.

Serero arrived at the national team camp having played every minute of Al Jazira’s league matches.

Not so much is known about how he has adjusted to life in the Middle East as trying to get the media-shy Serero for an interview is akin to summoning the Gupta brothers to appear before the state capture commission.

Bafana face Mali in the Nelson Mandela Challenge in Port Elizabeth this afternoon in a fixture that will mark the official start of the second phase of Vision 2022.

Ntseki this week emphasised the importance of the match, which he said would afford him a chance to prepare the team for the back-to-back 2021 Afcon qualifiers against Ghana and Sudan next month. “This is a very important match for us as it will determine our way forward in the sense of how we are going to play and approach matches,” said the coach, who filled in the post that was vacated by Stuart Baxter in August.

“It will be crucial for us to start the journey of the Afcon qualifiers on a positive note,” the coach said.

“What I also want to see from the players is the mental attitude that there are no friendly matches in international football.

“We have to do the best we can to win every fixture because winning must become a habit,” he said.

Ntseki’s debut in the hot seat was delayed following the cancellation of the friendly against Zambia in the last international week window last month.

Even the replacement opponents at the time, Madagascar, also pulled out following xenophobic violence in South Africa, which strained diplomatic relations on the continent.

As for Serero, who carries the magical number 10 on his back, he has a point to prove at Bafana.

The Soweto-born player never really cracked it under Baxter and he last started a match in national colours against Morocco at the Afcon in Egypt – his only appearance at the continental championships.

Today’s game kicks off at 3pm.

We live in a world where facts and fiction get blurred
In times of uncertainty you need journalism you can trust. For only R75 per month, you have access to a world of in-depth analyses, investigative journalism, top opinions and a range of features. Journalism strengthens democracy. Invest in the future today.
Subscribe to News24
Related Links
Why Stuart Baxter must go
Ntseki has his eyes fixed on Tau, Dolly and Mothiba
Ntseki beats Benni to the Bafana job
Next on City Press
Sponsored | #TasteTheAction with Cadbury and five legendary English football clubs 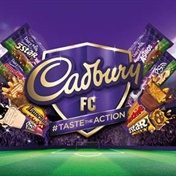 Read more on:
bafana bafanamolefi ntsekithulani serero
Podcasts
Podcast | How to pay off your home and car