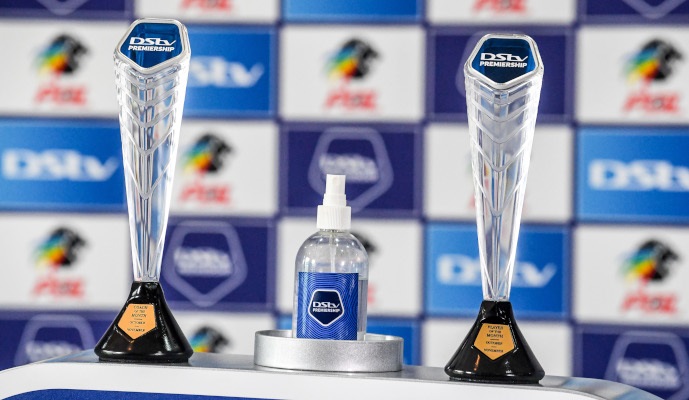 You know things are wrong in football when the off-field circus diverts the spotlight from the players.

This is what has been happening in the PSL as boardroom politics has robbed the players of their moment of glory.

Not much has been said about tonight’s DStv Premiership awards because all eyes have been on the scramble to resolve the crowning of the GladAfrica Championship champions through the courts. There is also the matter of the relegation/promotion play-offs.

Ordinarily, the public debate should have been focused on who deserved to win the footballer of the season award, with fans wondering who the players voted for as their player’s player of the season are.

The followers of the game should be debating whether Peter Shalulile and Thabiso Kutumela did enough to wrestle the crown from Themba Zwane.

They should be also be debating if Denis Onyango will reclaim the goalkeeper of the season gong, which he lost to Ronwen Williams last season. Or if Veli Mothwa and Sifiso Mlungwana will be able to deny their more fancied counterpart.

Does winning the league championship automatically guarantee the coach in charge of the top team the prize? Or has Benni McCarthy’s transformation of AmaZulu been enough to get him the best coach gong?

These are some of the discussions that supporters should be the talking about ahead of tonight’s awards ceremony. Unfortunately, this isn’t the case, as all eyes have been on the boardroom and the courts, where issues pertaining to who deserves the top spot in the NFD are being ventilated.

As a result, the PSL awards have been relegated to the bottom of the barrel, where no one can see them.

This shouldn’t be the case. But, unfortunately, it is what it is.

What has been happening off the field calls for a rethink of how we do things in this country. I tend to agree with the calls for the PSL to scrap the promotion/relegation play-offs.

For me, the ideal situation would be to demote two teams from the premier division and have their places taken by the NFD champions and the runners-up.

As they say in the game, two down and two up. The play-offs really don’t make any sense. They give the failed Premiership club a second chance to save their status in the top flight.

And, often, the number 15 finishers do make use of this chance, which makes a mockery of the first division teams that finished second and third in their league. The system gave the likes of Black Leopards, Baroka and Maritzburg a lifeline when they were on the brink of going down.

Does winning the league championship automatically guarantee the coach in charge of the top team the prize? Or has Benni McCarthy’s transformation of AmaZulu been enough to get him the best coach gong?
Timothy Molobi asks

Only Platinum Stars and the University of Pretoria let the opportunity slip past.

Why should these clubs be given a second chance if they are not good enough to finish in the top 14 of the Premiership?

Clearly, they deserve to go down and fight their way back up – just like those clubs that suffer automatic relegation.

Take Leopards for example. They survived via the play-offs last season, but hardly looked like a team that deserved to stay in the Premiership this season.

While the promotion/relegation system highlights the gap between the two divisions, it is unfair for the second-placed team in the NFD to go through the play-offs when, in most leagues, finishing second is more than good enough to get a spot in the top-tier league.

If there was fairness in football, the team that finished second in the GladAfrica Championship would automatically gain promotion, period.

I think the NFD clubs should stand up and fight this injustice. The perks of the two divisions are not even comparable.

Premiership clubs compete for the R15 million first prize and they also have knockout competitions to earn millions more. There’s also the R8 million MTN8 on offer for teams that finish in the top eight.

All these clubs are guaranteed R800 000 just for qualifying for the tournament. Then there is the R2.5 million monthly grant for all the 16 Premiership teams. The only consolation for the NFD clubs is their participation in the Nedbank Cup and their paltry R500 000 monthly grant.

It is up to these clubs to fight it from within. They were party to some of these decisions and should try to reverse them. Good luck on that!

But while all the attention is on the courts, let us not forget to celebrate our heroes on the field of play who made sure we were entertained as they kept us on our toes throughout the season.

Now is the time to debate who deserves to walk away with the biggest prize and be crowned footballer of the season.

My money is on … Well, may the best players win tonight!