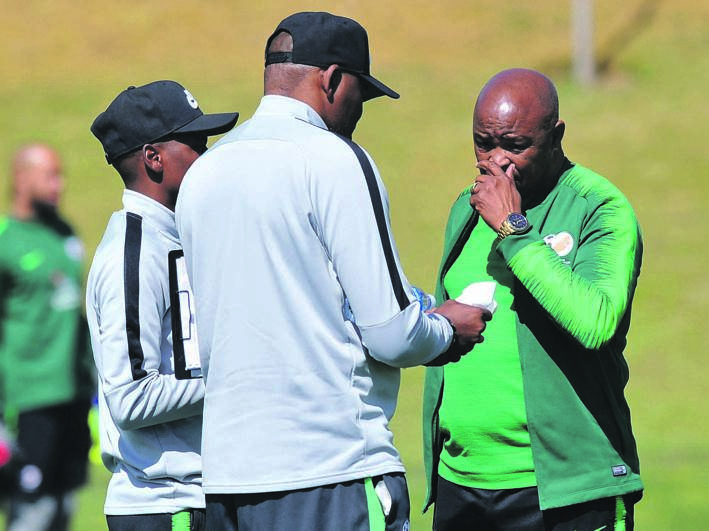 Former Bafana Bafana head coach Trott Moloto may have vacated the hot seat under acrimonious circumstances nearly two decades ago, but he says it was hard to resist another national team call-up.

The 63-year-old has told City Press that his return to Bafana, albeit on an interim basis, has evoked some fond memories.

Moloto and Kaizer Chiefs reserve coach Arthur Zwane were roped in by newly appointed Bafana boss Molefi Ntseki to be part of his technical staff. However, their first training camp ended prematurely after the proposed friendly games against Zambia and Madagascar this weekend were called off due to the volatile situation in South Africa.

“I was taken aback when Molefi called me, but, at the same time, I could not say no when the national team called,” said Moloto, the last coach to have won a significant medal with the senior national team – a bronze at the 2000 Afcon finals.

He elaborated on what convinced him to swap his trendy suits for a national team tracksuit: “We have so much in common with Molefi, including our background as former school teachers. I also started out as a national Under-17 coach before I was appointed the senior national team coach in August 1998.

“Also, the whole set-up reminds me of when I first took charge of Bafana – some people were also a bit sceptical, saying things like, ‘who is he and what will he achieve?’ I brought in Bra Styles [the late April Phumo] as my assistant because he had already gathered vast experience as the national team coach in Lesotho at the time.

“Molefi has done the same thing – surrounding himself with people like us who have been there before. I declared my full support to him,” said Moloto.

In the few days he spent in camp as the technical adviser to Ntseki, Moloto said he had felt a great deal of respect of the tactician from Botshabelo township in the Free State.

“I think he is far better [equipped] than some of us were back in the day. His knowledge of individual players is incredible ... he knows everything, including the dynamics of the game,” added Moloto, nicknamed Trapattoni or simply Trapa, after the legendary Italian coach Giovanni Trapattoni.

“I am also grateful to Safa for acceding to the coach’s request to choose the technical staff he wanted. And I can assure Molefi that he has our full support,” Moloto said.

Although some people might have raised eyebrows when Moloto was invited to join Bafana, he said that he was never lost to football.

“I have been keeping track of the game from a spectator’s point of view, while also being privileged to have travelled the continent with Mamelodi Sundowns in my capacity as the club’s senior official specialising in administration around technical issues.

“That’s why I am prepared to travel the length and breadth of the continent for Molefi. Africa is not a piece of cake. There are challenges lying ahead and it won’t be easy trying to qualify for the 2021 and 2023 Afcons, as well as the World Cup in Qatar in 2022.”

On his views regarding Safa’s choice to appoint Ntseki as Bafana coach, Moloto said: “To be honest, foreign coaches have contributed their bit to our football and there has been the sharing of information between us. But if you look around the world, most countries have achieved success with their local coaches. Aimé Jacquet won the World Cup with France in 1998, and Didier Deschamps did it last year. Algeria has just won Afcon with their former player [Djamel Belmadi], while Senegal also reached the same final with their former captain [Aliou Cissé].

“Now go back and look at who won anything with Bafana; it’s all locals – Clive Barker was in charge when we won Afcon in 1996; Jomo [Sono] won silver in Burkina Faso [in 1998] and I was there for our bronze at the 2000 Afcon,” Moloto said.

“With the right support, Molefi should be able to match or surpass these achievements.”

We live in a world where facts and fiction get blurred
In times of uncertainty you need journalism you can trust. For only R75 per month, you have access to a world of in-depth analyses, investigative journalism, top opinions and a range of features. Journalism strengthens democracy. Invest in the future today.
Subscribe to News24
Related Links
Ntseki beats Benni to the Bafana job
Pitso still haunted by Bafana coaching stint after being sacked by Safa’s ‘taxi boss, priest and...
Interim coach Ntseki ready to kick off a new era for Bafana
Next on City Press
Pitso: I’m my own boss

Listen to our latest podcasts.
Voting Booth
This week the ANC lost all the Gauteng metros to the DA. Do you think it stands a chance at winning national elections in 2024?
Please select an option Oops! Something went wrong, please try again later.
Yes, it has loyal voters
29% - 50 votes
This is the end for the ANC
55% - 94 votes
LGE means nothing
16% - 28 votes
Previous Results
The best of 2020
Can you guess who featured in our most popular articles from 2020?