Why Banyana and their opponents are worlds apart 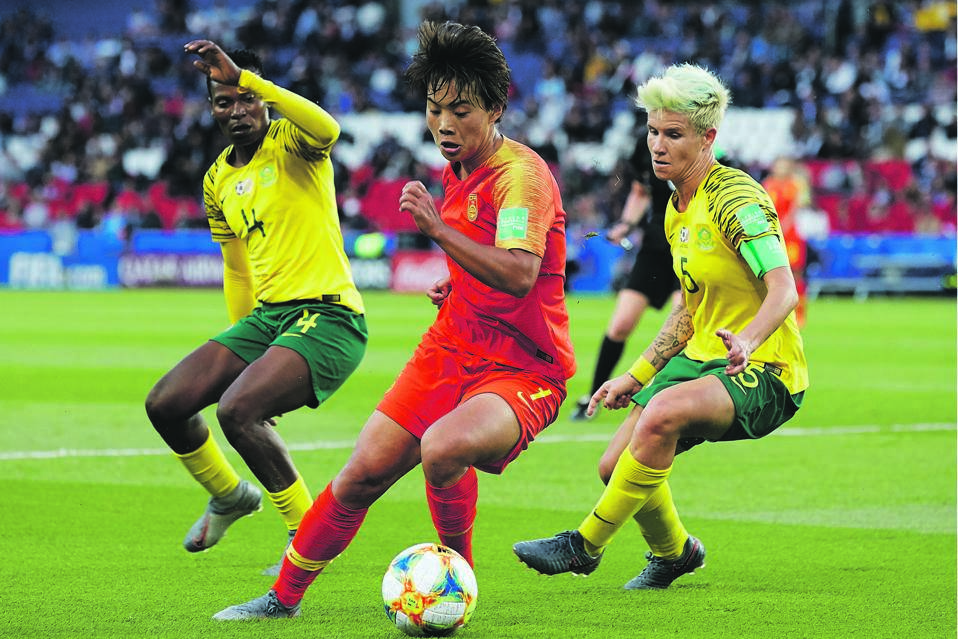 The imminent launch of a local women’s football professional league could in many ways help Banyana Banyana close the gap on their foes on the international stage.

The difference in the leagues the players represent – and not individual talent – is what separates South Africa from their group opponents at the ongoing World Cup in France.

Defeats by China (1-0 on Thursday) and Spain (3-1 last Saturday) have made things difficult for Banyana heading to their final Group B game against Germany in a 6pm kick-off today.

As things stand, coach Desiree Ellis’ side doesn’t stand a chance of progressing even as one of the four best third-placed teams from the six groups to join top-two finishers in the knockout stage.

The truth is, not much should have been expected of World Cup debutants Banyana against their opponents, who come from arguably the best women’s football leagues in the world.

Spain has the Primera División Femenina, Germany has the Frauen Bundesliga, while China has the Chinese Women’s Super League.

It also explains why most of the players from the three nations ply their trade in their homelands, while their clubs also attract foreign talent.

South Africa, which is only set to launch the professional league in August, has a handful of players based abroad.

What Safa has in place now is the Sasol Women’s League, which was formed in 2009.

However, the 144-team league, which plays across nine provinces, is severely lacking in quality and still a long way from being professionalised. This fades into insignificance when compared with how competition is structured in Europe and Asia.

In Germany, Bayern Munich and VfL Wolfsburg are the leading teams in their league, and both reached the Champions League quarterfinals.

Women’s football in Spain has also undergone dramatic transformation and this is reflected in the success of the country’s clubs at the highest level.

The two clubs are the major contributors to Spain’s World Cup squad. Similarly, the Chinese have also made great strides after the overhaul of their league system four years ago.

But Ellis, like many South Africans, remains hopeful about the future of the local women’s game.

“We showed that we’re getting close – we gave as good as they did,” said the coach after the loss to China last week, echoing the post-match comments from captain Janine van Wyk that Banyana are closing the gap between themselves and their top-ranked counterparts.

“Germany is going to be tougher, but the girls will be up for it,” said Ellis in reference to tomorrow’s fixture at Stade de la Mosson in Montpellier.

Banyana are still chasing a maiden victory after eight matches in major competitions. They failed to win a single game in six group matches from their two Olympic Games appearances in 2012 and 2016.

Hopefully, the new professional league will not only raise the standard of the local women’s game, but will serve as the platform for international scouts to lure more Kgatlanas abroad.

We live in a world where facts and fiction get blurred
In times of uncertainty you need journalism you can trust. For 14 free days, you can have access to a world of in-depth analyses, investigative journalism, top opinions and a range of features. Journalism strengthens democracy. Invest in the future today. Thereafter you will be billed R75 per month. You can cancel anytime and if you cancel within 14 days you won't be billed.
Subscribe to News24
Related Links
Banyana’s tough World Cup start
Banyana set for a World Cup reality check
Biyana is living the Banyana dream
Next on City Press
New SuperSport coach Gavin back at his happy hunting ground