World Cup number 3: Kodisang's in a class of his own 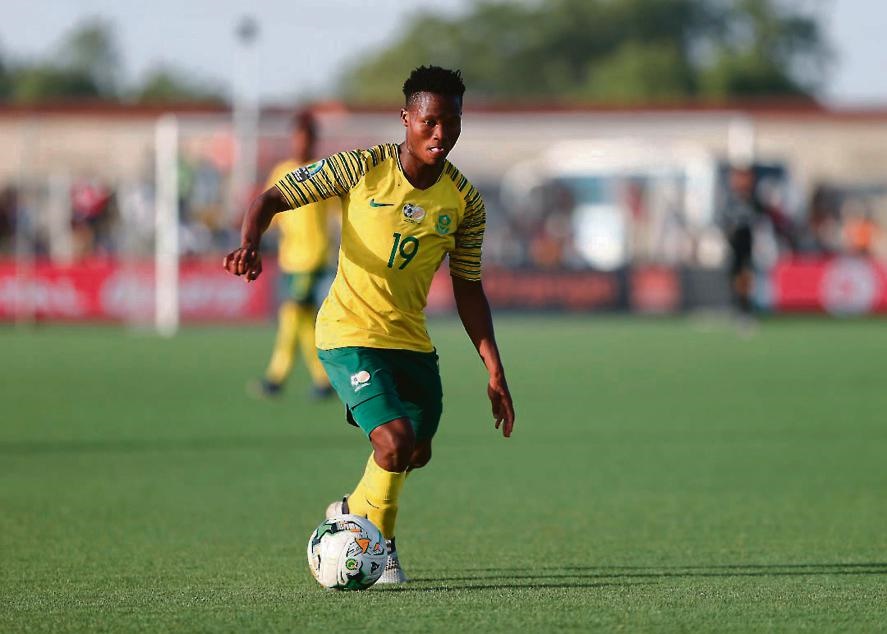 Kobamelo Kodisang’s experience will be vital for Amajita at the World Cup in Poland as he has been to two global events already. Picture: BackpagePix

At 19, Kobamelo Kodisang has attained even what his vastly more experienced colleagues have not been able to achieve in their football careers.

The budding midfielder is well on course for a record third World Cup appearance, a rare distinction he will claim alongside his national Under-20 captain, Khulekani Kubheka (20), when South Africa lines up at the global youth championships, which start in June.

The duo helped Amajita – as the South African Under-20 team is known – book their ticket to this year’s World Cup in Poland, which runs from May 23 to June 15.

Portugal-based Kodisang and Kubheka, the Cape Umoya United goalkeeper, first represented the country at the 2015 Under-17 World Cup.

The pair were also part of the Amajita team that campaigned in the global championships in Korea two years ago.

“It feels good because not everyone gets these kinds of opportunities,” Kodisang told City Press after the arrival of Amajita from the CAF Under-20 Africa Cup of Nations on Wednesday.

Kaizer Chiefs midfielder Wiseman Meyiwa could have achieved the same milestone as Kodisang and Kubheka had injuries he suffered from a car crash in November not put paid to his football career and confined him to a wheelchair.

Kodisang said: “With the World Cup comes exposure. I play for a third-division team and playing at a major championship like the World Cup can potentially help me to upgrade to a bigger league.”

Kodisang is on a season-long loan at Portuguese third-division side AD Sanjoanense.

He joined the Sao Joao da Madeira-based outfit from Bidvest Wits in September.

“I want to remain grounded and work hard to impress and remain overseas,” said the soft-spoken Kodisang.

The chap from Seraleng village outside Rustenburg in North West said he was eager to emulate a few local players who left these shores as teenagers and later matured into first-team players abroad.

“This thing of ‘you’re still young this and that’ doesn’t work. If you tell yourself that you’re too young, the more you relax and, by the time you wake up, it will be too late to catch up,” said the player who came to prominence with the now-defunct Platinum Stars as a 15-year-old during the 2015/16 season.

“Even some of the world’s great players started young. In football, there is no time to settle; there’s always competition for places.”

Kodisang hopes his national team career will come full circle at some point. He wants to graduate to the national Under-23 team and represent South Africa at the 2020 Olympic Games in Tokyo, Japan.

“From there, I can fancy my chances of graduating to Bafana – to complete the cycle of having represented all the national teams.”

Safa technical director Neil Tovey said Amajita’s qualification to the World Cup was a massive boost for the federation.

“It puts us in a really good stead for the experience of players to keep on growing, and one day go to another World Cup and maybe the Olympics in future – and then the [senior] World Cup with Bafana.”

Tovey said Safa would plan accordingly as soon as the draw was confirmed today, to afford Amajita the same preparations as Banyana Banyana, who qualified for their maiden Women’s World Cup.

“We now need to take the next step – out of the group phase into the knockout stage,” Tovey urged Amajita, who were eliminated in the first round of the global championships two years ago.

We live in a world where facts and fiction get blurred
In times of uncertainty you need journalism you can trust. For only R75 per month, you have access to a world of in-depth analyses, investigative journalism, top opinions and a range of features. Journalism strengthens democracy. Invest in the future today.
Subscribe to News24
Related Links
Amajita bring home bronze
With a World Cup ticket punched, Senong guns for Senegal
In City Press Sport: Rugby’s superheroes, Amajita eye Senegal, football is in the air as...
Next on City Press
Huge cash offer for Boucher’s legal defence