A surprising twist at BC One dance tournament 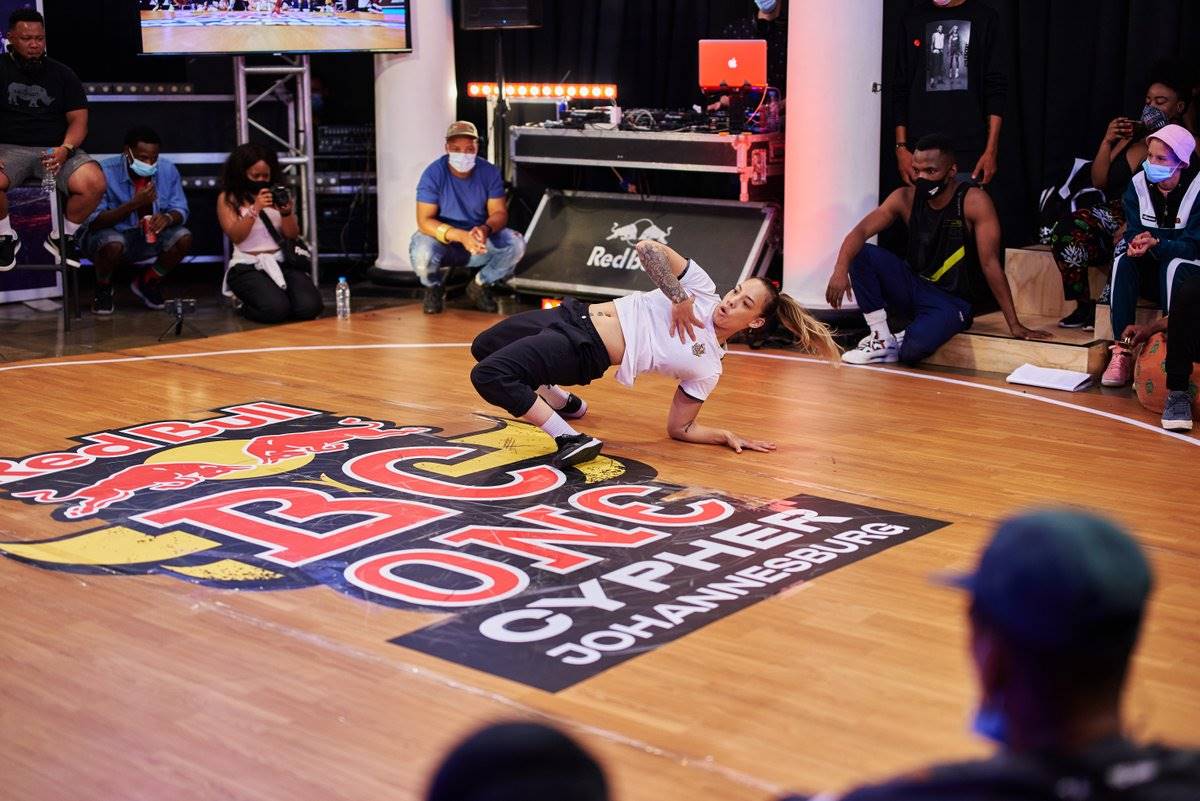 Courtnaé Paul advanced to the national finals and despite not having opponents, she took on the men for good measure. Picture: Mpumelelo Macu/Red Bull Content Pool

On February 27, Constitution Hill in Braamfontein hosted the Red Bull BC One break dance tournament. This annual global event celebrates the hardest avenue of hip-hop, giving local talent the chance to go up against some of the world’s best.

A small crowd gathered around the circular dance floor that was to be the battle ground for the day. DJ Tha Cutt took care of all the musical requirements for the day, spinning break beats that most of the breakers seemed familiar enough with to synchronise their elaborate movements to.

It’s all good and well to string together power moves and daring freezes but was any of it in time to the music?

The cyphers saw 22 breakers throw down the gauntlet in two-round battles that were decided by the judges, veteran breakers Nathan, Foxie and Ambrose.

The shock of the day came when the women’s section was won by default by a street legend on the rise, Courtnaé (CP) Paul. She was the only B-girl to rock up. Paul didn’t rest on her laurels and decided despite having secured her place in the national finals in Cape Town, that she would take on the boys.

Not only did she compete in the men’s section, but she made it as far as the semifinals, dispatching two contenders in emphatic style. The small crowd inside the old women’s jail was electrified by her acumen on the mat. Paul was in her absolute element, a broad smile on her face whenever she stepped off the floor.

Explaining how she felt about going head-to-head with the dudes she said: “It felt great because people seem to think a B-girl battle is the easy way out, that we can’t handle ourselves against males or that we’re scared. I prefer to act as best I can to change that narrative.”

Paul has been dancing for more than 15 years and was first drawn to the breaking culture aged 12. She got into breaking a little after that and has been riding break beats for a decade now. During this time she has developed a few approaches to dominating in battles.

Paul said: “I make sure that I’ve done the groundwork before even getting to the battle. I work through the areas that make me most nervous, and when the battle starts it’s time to enjoy myself.

“You can’t control every aspect and most of the time, you’ve never even met the person you’re battling. I try to clear my mind, trust myself, be in the moment and have the best conversation I can.”

With the inclusion of this strenuous sport in the Olympic Games and our clear shortage of women breakers, would she respond to the call to step up?

“Definitely. It’s a few years away and I have no idea what space, continent, or path I will be on, but in this moment it’s 100% part of the plan. It feels like the ultimate progression and validation for an athlete.”

She seemed visibly bothered by not having any competition and said a lot more could be done to encourage more B-girls to take this art seriously.

READ: Bakae: Do you remember any of these dance moves?

She explained: “Many things need to happen, however it needs to start at the foundation. We need to a create safer space for women to explore the dance and become a more inclusive community without judgement and dictation.

“It’s extremely male-dominated and women need to be given the same respect, platforms, opportunities and the space to forge their own paths.”

When she isn’t handling business on the mat, Paul is tackling another male-dominated industry – music production. She has a few mixes out and rubs shoulders with some of our more celebrated musical talents, such as Rouge whom she is very close with.

Touching on what you can expect from her music – if you’re yet to experience it – she described it as being eclectic and all encompassing.

“Expect all things hip-hop, Afro and a little bit of funk. It speaks largely to my dance styles outside of breaking. My debut release was a three track EP released in August last year, which I think was the first body of work we’ve had in South Africa from a female hip-hop DJ. I’ve just released a new single titled No Other Way featuring Rowlene and Manu WorldStar and there’s a few more to come before the year is up.”

The 20th Red Bull BC One break dance tournament will end with the remaining local legs in Cape Town, Oudtshoorn and Gqeberha (formerly known as Port Elizabeth] where hopefully CP will have some competition.

The winner will have the opportunity to compete against the very best in the world when they head to Poland for the world finals.

We live in a world where facts and fiction get blurred
In times of uncertainty you need journalism you can trust. For only R75 per month, you have access to a world of in-depth analyses, investigative journalism, top opinions and a range of features. Journalism strengthens democracy. Invest in the future today.
Subscribe to News24
Related Links
Pole dancing, the sport: Stripping away the myth
Player still dancing through the challenges
Material Culture could be depicting Izikhothane better
Next on City Press
Are your ready for Umndeni finale?