‘African furniture' is not just niche 'The modern furniture industry treats African furniture as something of a novelty; the exotic thing to have in home décor.'

When it comes to furniture, we see nothing wrong with kitting out our houses with Swedish designs. African pieces are relegated to one or two pieces that serve more as novelty or interest. Ethiopian-American creator Jomo Tariku hopes to change that, writes Design Indaba's Neo Maditla.

Ethiopian-US designer Jomo Tariku is ambivalent about his work being described as African furniture. And with good reason, it costs him sales.

“The modern furniture industry treats African furniture as something of a novelty; the exotic thing to have in home décor … like that one mask or stool you can put in the corner as a signature piece but not as a full-home solution with chairs, tables, stools or pendants,”he says.

Born to Ethiopian parents, who were living in Kenya at the time, and named after anti-colonial leader Jomo Kenyatta, the furniture designer has been in the business since the early 90s and is heavily influenced by his African roots. Take the Birth Chair II, for example. This is his modern take on the birthing chair which gets its unusual shape from the fact that it was normally used to give support to mothers giving birth.

Unlike commonly found birthing chairs, where the seat section goes through a slot in the backrest, Tariku decided to reverse how the backrest connects with the seat, thereby introducing, for the first time, a modular chair with an easily swappable backrest that can be switched either by flipping it or by inserting an alternative backrest with a new design.

The chair has been featured at shows, including Venice Design 2017, Africa by Design in Ghana and the International Contemporary Furniture Fair.

Although having an online presence – as well as attending fairs – helps, he hopes to move his design into mainstream furniture spaces. “If you have been to any European or US contemporary furniture design shows, you notice African furniture designers’ work is mostly missing from this space, except for a few exceptions, such as Bibi Seck and Cheick Diallo.”

This is why he believes that one has to complement social media marketing with actual participations at design and trade shows, as well as with real furniture models and not just 3-D renderings and concept drawings.

He says ultimately he wants to make bold modern furniture that references, but is not limited to, his cultural heritage. 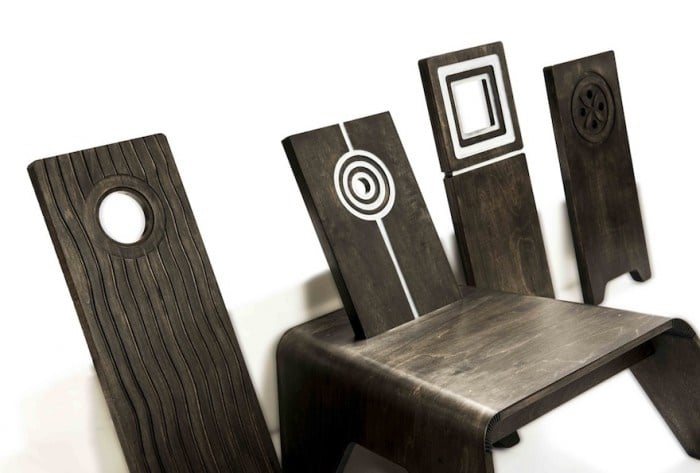 “I grew up with such a rich culture; the history, national dress, food and spices, wild life, hairstyles, face paints, masks, African stools, baskets and the diverse ethnic group customs.

“I don’t have to be taught about my culture, I breathe and live it every day. And am trying to pass it on to my kids and others through my work.

“David Adjaye and Diébédo Francis Kéré have done this through architecture and I am trying to do it through furniture.”

We live in a world where facts and fiction get blurred
In times of uncertainty you need journalism you can trust. For only R75 per month, you have access to a world of in-depth analyses, investigative journalism, top opinions and a range of features. Journalism strengthens democracy. Invest in the future today.
Subscribe to News24
Related Links
This SA artist is exploring our fascination with celebrity and death
The MaXhosa dress of all dresses
Monica Obaga's whimsical illustrations will make you smile
Next on City Press
Umlilo’s new documentary shines spotlight on queer people’s reality