An ode to The Dome The Ticketpro Dome announced that it will be closing its doors permanently in September.

This was as a result of the Covid-19 regulations against gatherings so as to curb the spread of the virus. Its owners, the Sasol Pension Fund, have been unable to avert this outcome.

The news broke on Tuesday, leaving social media shocked by the loss of a temple of artistic creativity in Joburg.

The Dome has been around since 1998, with the legendary singer Diana Ross being the first act to grace it’s stage.

Not only is it a signature feature of the northern Joburg skyline, it has also hosted some of the greatest live performances this city has ever seen.

If The Dome is shutting down as a business you can only imagine what some artists are going through out there. Testing times in our beloved country. Praying and wishing everyone strength ????

There are certain moments that you may have experienced at The Dome that can only be fully expressed by being there.

Cast your mind back to The Migos who visited the country at the height of their musical run with the Culture Tour.

Those in attendance may recall how everyone in the building pulsated in unison right after the first chorus of Bad and Boujee was played.

You may even recall Lauryn Hill switching on the lights and ending her show, only to bring Nas back out to do If I Ruled the World for the faithful fans who milled around after the show supposedly ended.

Seeing Maxwell fail to reach the notes we know him for and watching Mary J Bilge captivate an audience with a string of her heartfelt ballads, stand out. 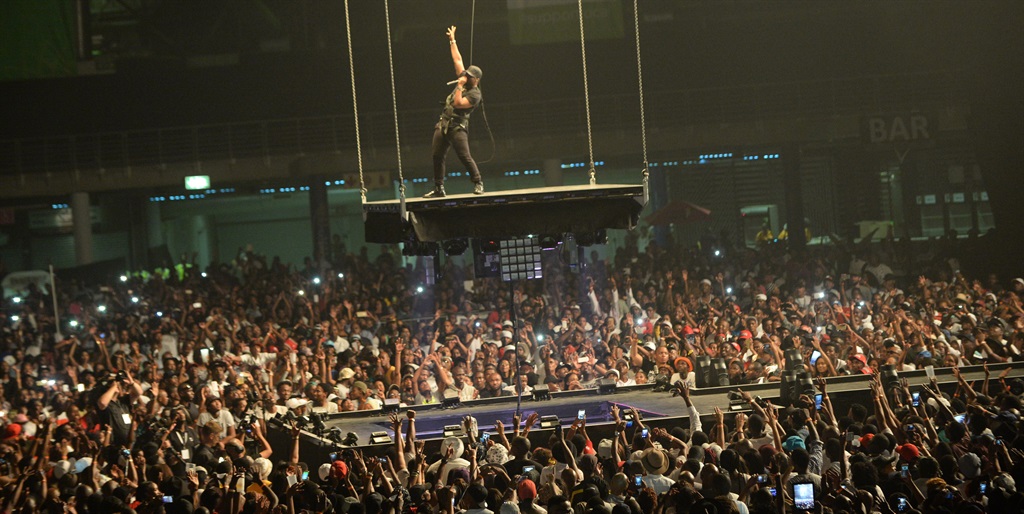 We could not speak about The Dome without mentioning Cassper Nyovest and his mission to #FillUpTheDome with a set so well imagined, a few people even likened parts of it to a Kanye West set in which he used a similar floating stage.

The rapper expressed his shock at the news on Twitter.

Today I was wearing the merchandise we launched at The Dome. Didnt know it would be the day they announced such sad news that it would be closed down. Such a sad sad day. I'm not okay man, our industry has lost so much in this pandemic. There will never be another one. Gone! ?? pic.twitter.com/bXXVvUw0MH

Carol Weaving, managing director of RX Africa, said the sale of The Dome was extremely disappointing and heartbreaking for the industry.

“The Ticketpro Dome has been home to many international concerts and events, and this will undoubtedly leave a huge void. Unfortunately, as we are only the managing company, we were unable to change the outcome of Sasol Pension Fund selling the venue due to force majeure.”

READ: If Cassper can fill up the Dome so can I: Dr Tumi’s ambitious dream

Weaving also shone a light on how the decision to close was reached.

“Its been a discussion since earlier this year when the Sasol Pension Fund realised that the pandemic was here for a lot longer than originally thought. Sasol were then approached by WeBuyCars and they made the decision to sell to them as The Dome has been empty for the whole of last year and this year due to ban on public gatherings and not being able to run any events,” she said.

Reed Venue Management have been managing The Dome for 23 years and the majority of the staff have been with Weaving from the beginning.

We have no choice but to begin the retrenchment process. I am hoping WeBuyCars take a few of the staff into their operations.
Carol Weaving

She explained that as the new owners would likely use The Dome as a permanent showroom. Weaving naturally has more than a few moments that live on in her memory.

“So many. The opening with Diana Ross and Nelson Mandela was a fantastic opening and undoubtedly a highlight. We have had so many wonderful concerts and events. Katy Perry, Lionel Richie, Disney on Ice, Top Gear, Rod Stewart, Celine Dion and of course our very own Cassper Nyovest who filled up The Dome.” There were also a few events that were a little more difficult to hold.

“An ice show is always complicated and the rigging for the many international concerts but we took it in our stride. We had the Christ Embassy [Church] event which was overwhelming as we expected 20 000 and 55 000 people arrived. So [it was] a huge effort to keep everyone safe and to manage the people.”

As for any government bail-outs, she said:

Government would not invest in bricks and mortar but we have approached government since last year to allow the events industry to open with 50% capacity as that would undoubtedly have saved The Dome from being sold.

“In fact our entire industry is in dire straits as we have not been able to run events last year and again this year. We could have opened with strict [Covid-19] safety protocols and practices in place and as we are professional organisers we could have done so easily. If a shopping mall can open why can’t we? The economic impact of trade shows, exhibitions and events is huge and creates thousands of jobs.”

The official handover of the venue will be on September 7. WeBuyCars are one of the leading car sales organisations in the country.,” Weaving said.

Meanwhile, a few acts which graced the stage at The Dome shared their recollections of the iconic venue.

Publicist Melanie Ramjee organised some of the more memorable sets at the venue, including the likes of the Toni Braxton Concert (2019), the inaugural Music is King Concert (2018), the Migos Culture Tour (2017) and the Heineken Music Concert with Jay-Z and Rihanna (2008). Over 15 years, she also brought John Legend in Concert, The BET Experience, Paw Patrol, Soul Fest, One Nite with Jill Scott, Neyo Live in SA, the Chris Brown X Tour and many more.

She foresees a change in the culture or performances in the future beyond the pandemic.

“With the current direction the world is moving, I anticipate a lot more outdoor concerts and also non-traditional festival venues, meaning stadiums, parks, mall parking lots and open fields. Possibly also more to out of Joburg venue options in Pretoria and surrounding areas. Definitely a shift to smaller and more exclusive concerts in the near future as well.”

From watching Nicki Minaj doing her set in slippers to Travis Scott trying his best to insight a mosh-pit and liven up the notoriously tricky Joburg crowd, this is truly the end of an era.

The space and world class facilities The Dome provided, not only allowed for wonderful musical sets but a string of exhibitions and even the well executed NBA Africa Game that was like watching 2K (the official NBA video game) come to life.

We live in a world where facts and fiction get blurred
In times of uncertainty you need journalism you can trust. For only R75 per month, you have access to a world of in-depth analyses, investigative journalism, top opinions and a range of features. Journalism strengthens democracy. Invest in the future today.
Subscribe to News24
Next on City Press
61% of South African SMMEs Plan for Growth - Mastercard Index