Are we stuck in yet another history time loop with the SABC? 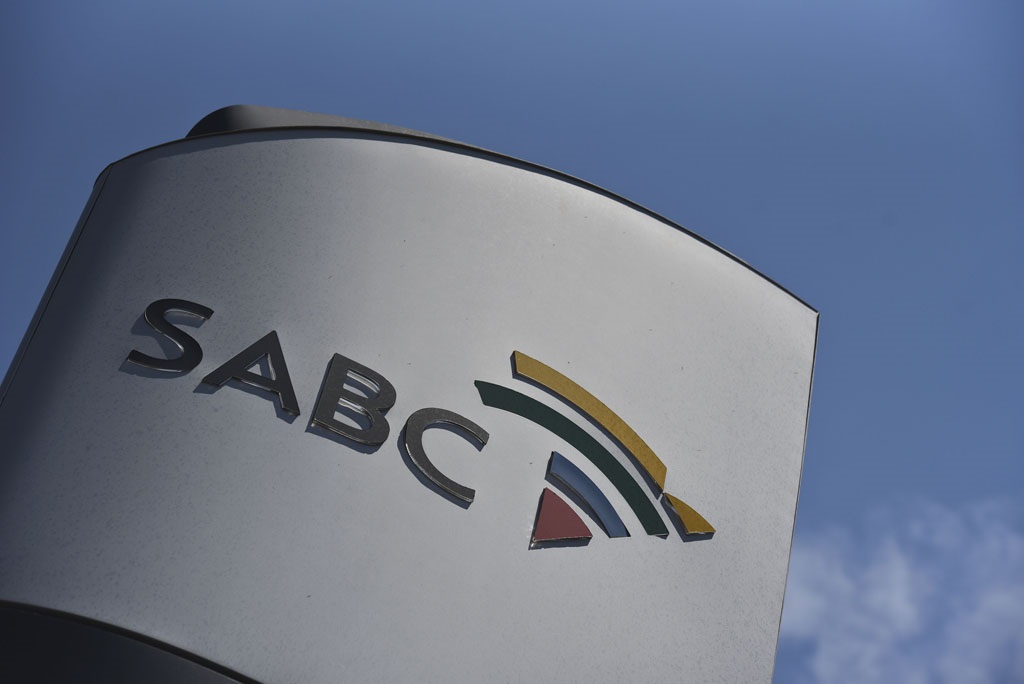 The SABC has now been around for 86 years and over that time, it has changed quite a bit. Photo: Son

There are very few defining moments that become an integral part of our history, and the South African Broadcast Corporation (SABC) is one of them.

Through its tumultuous past, we have seen the broadcast corporation become a mouthpiece for apartheid and finally the voice of a free generation. History seems to repeat itself, though, as the SABC has come under scrutiny for being used, once again, as a political weapon.

Officially launched on August 1 1936 during a time even before apartheid became law, the SABC has been the brains behind some of our most monumental social and cultural moments.

Its roots trace back to 1923 when South Africa’s first wireless (that's old-school speech for radio) broadcast was made in Johannesburg. After four years of tireless work, the corporation ended up with just one hour of Afrikaans radio and a daily news bulletin.

With insufficient funding, an investigation was launched by then prime minister James Barry Munnik Hertzog, who at the time called for an investigation in all aspects of broadcasting in the country. The outcome of this investigation finally led to the official launch of the SABC in July 1950 famously coined Springbok Radio. This station was initially only available to Johannesburg audiences but soon became the only available radio service across most major South African centres.

READ: SIU and SABC to take on Hlaudi Motsoeneng in court in bid to recoup R21m

Interestingly, the history of the SABC was deeply ingrained in radio before it became the beloved television franchise we know today. When the first wireless broadcast was launched, the prospects of television broadcasting made its way to South African shores.

However, tensions grew between the far-right subsect of the National Party named The Herstigte Nasionale Party (Reconstituted National Party), which was led by Jan Smuts, who believed that television should be available to whoever could have access within the boundaries of white media, and the National Party who would call television the "devil's box" out of fear it would corrupt the minds of South African citizens. Dr Albert Hertzog, minister of posts and telegraphs, denounced television as a form of entertainment that parents had no control over due to the depictions of racial mixing and immorality.

After being considered the only advanced nation in the world at the time to miss the first moon landing in 1969, and famous space expeditions which took place during the early 1970s, a Commission of Inquiry was launched into matters that related to television, led by Piet Meyer, who would later become the chairperson of the SABC.

Nine members of the Afrikaner Broederbond - a secret society of Afrikaans men that hoped to uphold and centralise Afrikaans ideals in the wake of ill treatment from British South African and black people - voted that television be brought into South Africa with effective control, and in a manner that would advance Afrikaans propaganda. Finally, television was made available to South Africans, almost 30 years behind Rhodesia (Zimbabwe).

READ: Pearl Modiadie’s sexual harassment case against former boss and SABC is back in court

With a mandate to mould the minds of the South African nation, the SABC launched it's first-ever television broadcast in 1976, with a speech from the longest-standing head of the National Party, Balthazar Johannes (John) Voster.

Despite being called the 'devil's box', the SABC grew in popularity between the 196s and 1970s, and was largely considered to be the biggest broadcaster for propaganda for the Nationalist Party. In 1976 the SABC finally became a television platform that broadcast English and Afrikaans content, only after the Nationalist Party avoided the full transition for years amid fears that it would create rebellion against racial segregation.

Its first shows were Dingleys and the Villagers, which was a family drama series that centred on a fictional middle-class English white South African family with a bookshop. It came under mixed reviews, but was also a pivotal moment in South African broadcasting, as it portrayed the perfect nuclear white family, which became the epitome of sophistication and media representation. Its second show, Biltong and Potraost, became a beloved white comedy series.

Now, 86 years since the first broadcast - on radio - and for all its internal vision and political strife, the SABC has been the go-to for many South Africans, from news, films, dramas, soapies and comedies.

In the democratic era, new shows have come to the fore and given rise to some of the most-watched TV programmes in the country, such as SABC 1’s Uzalo, which has more than nine million viewers. Generations the Legacy, Skeem Saam and Muvhango following closely behind, while other shows, such as the now-defunct Isidingo, Sgudi 'Snaysis and Suburban Bliss all had a captive South African audience.

One would think through the dismantling of apartheid and the creation of laws that would allow for free speech, and the unification of television programmes that catered to all communities of our rainbow nation, the SABC would no longer live in the shadows of its political and censored past.

However, we may have found ourselves in yet another loop of history as the SABC seems to still be used for political weaponisation.

In 2010, news circulated that the SABC may have banned former president Thabo Mbeki from its platforms. When Mbeki’s run as presidency came to an end, accomplished writer and political activist Justice Malala went on to state:

All South Africans who love this country should march to the SABC and demand that Mbeki be put on air. We should not do it because we love Mbeki. We should do it because we love our independent institutions and we want them to continue to serve us, the public, and not narrow political interests. The alleged banning of Mbeki by SABC bosses serves narrow ANC political interests. It does nothing for the public interest.
Unfortunately, this wasn’t the first time the SABC came under fire for shadow banning activists that sought to exercise free speech through the broadcasting platform. During Mbeki's presidency, yet another voice was silenced by the government and the SABC when political analyst, former teacher and free thinker Aubrey Matshiqi found himself in the same position as Mbeki: banned from appearing on all SABC platforms.

A 2020 article by the Mail & Guardian also revealed that the SABC pays upwards of R3 billion of its revenue to employee salaries, although over 50% of its staff are not qualified or accredited for the positions they occupy.

The article also looked at the SABC’s turnaround document, where it was revealed that the national broadcaster has the highest employee cost per annum, not even competing with international broadcasters, such as the BBC, although it hosts only four channels, SABC 1, SABC 2, SABC 3 and e.tv.

It was also revealed that the broadcaster only made profits between 2011 and 2014, only because they were able to make low investments for their content in those years, despite being one of the most expensive broadcasters to keep afloat.

This begs the question: Where is the money going? If not being unfairly distributed, as we've seen many times before, to corrupt tenders and political allies.

It seems the SABC’s editorial policy remains the biggest problem though, with policies that require writers, journalists and media outlets to go through extreme measures and vetting processes before their content is aired by the public broadcaster.

In 2014, the policy stated within its editorial responsibility section:

Responsibility remained on an individual producer and journalist to make ethical stories and judgements. However, the journalist would be held responsible if they would not consult supervisors for guidance, and that producers would be asked to report programmes that could be considered controversial or have impact on society. This would mean that most content is vetted and censored before it can even make its way to our television screens, often by the same allies to the government in power.

The last editorial revision was released in 2020, its policies clearly stating:

"They would not allow commercial, political or personal considerations and prejudices to influence editorial decisions. The SABC is expected to provide information and as part of this duty should evaluate, analyse and critically appraise government policies and programme. To be free from obligation to any interest group and to prioritise its public interest obligation. Not accept gifts, favours, free travel or other special treatment or privileges that could compromise the integrity of the public broadcasting service."

However, in 2020, complaints were lodged to the Broadcasting Complaints Commission of South Africa by the Pan African Congress (PAC). The complaint revealed that the PAC had requested that the SABC rectify its false and bias reports that were confusing the public on the agenda of the party, and to impose a fine on the broadcaster.

Though the matter was dealt with internally, in 2012, it was revealed that SABC news chief Phil Molefe refused to give chief executive of the SABC Lulama Mokhobo a copy of his daily news diary, which was intended to monitor news line-ups within the broadcasting company.

Coincidentally, Mokhobo called a meeting with Molefe to address further concerns about Molefe’s bias in the news diaries after she had claimed that Molefe was giving unfair "unprecedented coverage" to politician and former ANC Youth League leader Julius Malema. Just one instance of constant bias from the SABC.

The future of the national broadcaster

One can only wonder if the future of the SABC will truly ever become a platform which honours the tireless efforts of those who fought for equality and freedom of speech. Up until now, the SABC has been through much changes, including governance and editorial issues, but has it lived up to its mandate?

"To nurture South African talent and train people in production skills and carry out research and development for the benefit of their audiences.

"To provide, in its public broadcasting services, radio and television programming that informs, educates and entertains.

"To be responsive to audience needs, including the needs of the deaf and the blind and account for how they meet those needs?"

Media consumption has always been a vital component in the way a country functions, but can the SABC ever escape the history loop that it has subjected itself to for so long?