Black Coffee owed Sars R40m, but negotiated his obligation down to R8m 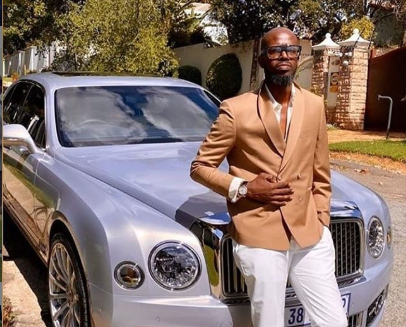 World-renowned South African musician Nkosinathi “Black Coffee” Maphumulo is the latest Mzansi celebrity to land up in trouble with the taxman.

According to legal papers submitted by the award-winning record producer at the Johannesburg High Court recently, the 44-year-old, who is known for his sold-out shows across South Africa and internationally, may owe the SA Revenue Service (Sars) millions of rands.

I was being assessed to pay arrears income tax in the amount of R40 million by Sars.
Nkosinathi Maphumulo

In court papers, he wrote that he was “being assessed to pay arrears income tax in the amount of R40 million by Sars”, but was able to negotiate his indebtedness to Sars “to an amount of R8 million, after making representation on my present financial position and inability to comply with R40 million assessment”.

He also said he had reached an agreement with Sars to dispose of his immovable properties to generate funds to pay the R8 million, specifically to avoid the attachment of his properties.

Maphumulo’s statement read: “Considering the nature of his business, it is impossible to predict or state his average monthly income due to the fact that it fluctuates substantially as a result of not only market forces, but also the seasonality of the industry.”

When City Press approached Sars for comment this week, spokesperson Siphithi Sibeko said this was a private matter between the revenue service and a taxpayer.

“As Sars, we are prohibited to disclose or comment on taxpayers’ confidentiality,” he said.

They are not exposed to the business side of the entertainment business and they always fail to manage their finances.
Lawyer Peter Tshisevhe

“They don’t wake up and decide to default Sars. Most of them are good at what they do, but they are not exposed to the business side of the entertainment business and they always fail to manage their finances,” he explained.

Tshisevhe, who in 2015 was rated the best mergers and acquisitions lawyer in Africa and one of the best in the world by the internationally peer-reviewed Best Lawyer’s International listing, said people usually ended up owing Sars millions because of interest and penalties that accumulate over years.

“Tax issues are very complex. It isn’t only celebs who struggle to manage their finances – even businesspeople find themselves on the wrong side of the tax man.”

Tshisevhe blames two things – the lack of exposure and the complexities of financial management.

“Exposure is everything. The word of advice to [celebrities] is that they must seek professional advice in structuring their business affairs.”

The House music deejay and producer is not the first celebrity to find himself in hot water with the tax man.

Others who were previously hauled over the coals were Cassper Nyovest and AKA, who reportedly owed Sars millions.

Sars declined to comment on whether the rappers had made arrangements to clear their tax debt.

Last year, Reuters reported that Ronaldo was hit with a hefty fine of almost $21.6 million (R367 million) for tax fraud to avoid serving a 23-month prison sentence after agreeing to a deal.

Three years ago, Messi made a corrective payment of $6.57 million.