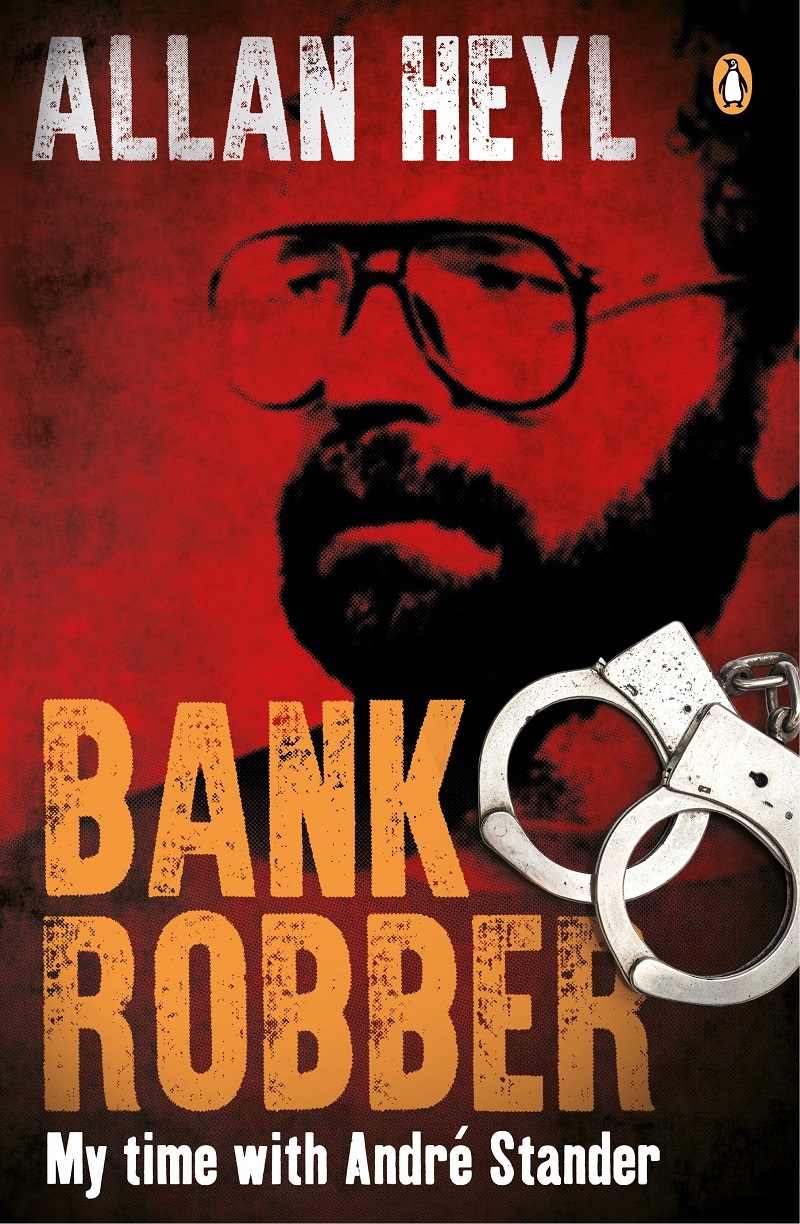 In this edited extract, the last remaining gang member, Allan Heyl, who was released from Krugersdorp Prison in 2005, recounts his relationship with Stander, and how he was chased by Stander into playing a game of Russian Roulette.

One night not long after the Potshot robbery, André and I were at the bar of the Houghton house, eating pizza and drinking whisky.

More accurately, I was eating the pizza and André was drinking a lot of whisky.

‘You ever done this, Al?’ he said, producing his Ruger .357, opening the cylinder and removing five bullets. These he very deliberately placed on the counter in a row. ‘Russian roulette. You ever played Russian roulette?’

‘Well then, if that’s what you think, let me treat you to a live demonstration of insanity.’ With that, he spun the cylinder, closed it, and cocked the hammer. All the time looking at me, dead seri-ous.

Before I could say anything he put the barrel to his head and pulled the trigger. I leapt off my stool in horror. He just sat there, staring at me, the gun still at his head. Slowly he lowered it.

‘Man, oh man!’ he breathed out. ‘That’s just the greatest thrill a man can have. It’s the ultimate form of letting it all hang out. It’s so personal and intimate that it brings a new and unique way of interacting with your own destiny and fate.’ He said all this quietly, slowly, intensely.

He was terrifying me.

‘You’ve just shown me the most extreme form of contempt imaginable,’ I said. ‘Besides feeling nothing for yourself, you were prepared to subject me to the horror of watching you blow your brains out. Right in front of me. Man, that’s just crazy.’

I stopped there, realising he was drunk and scarily unpredicta-ble. I didn’t want to antagonise him.

‘You can say that, but you don’t know what a thrill it is.’

I wondered if he was challenging me. Again he went through the routine of opening the cylinder, spinning it and closing it.

‘Your turn!’ he shouted, aiming at me and pulling the trigger. There was a click. ‘Lucky bugger. How does it feel, hey?’

I was speechless, literally and figuratively.

Again he spun the cylinder and pointed the gun at me. This time I was away, running for my life into the garden with a drunk André in pursuit.

We ended up running round and round the swimming pool. Again the dry click of the hammer falling on an empty chamber.

He was close enough to inflict a deadly shot or, worse, a permanently disabling one. I raced towards the house to find my own revolver.

Then I stopped. He was in the process of repeating the operation but paused to look at me.

Suddenly I remembered an incident he’d told me about, where a colleague had suffered a gunshot wound by accident.

As a result, André had resolved always to have only five rounds in his revolver, so that the hammer rested on an empty cylinder.

This way he could avoid an accidental discharge. So the revolver had been empty all along.

‘You sick psycho!’ I yelled at him. ‘What a sick thing to do. Always only five rounds in your revolver, hey? And what about a chance mistake? Did you ever consider that?’

I was trembling with rage. And the louder I shouted, the more André laughed, until his laughter was hysterical.

I left him there beside the pool, went back to the bar and poured myself a large whisky. He came in still chuckling, reloaded the five rounds and, pointing the gun at the floor, carefully lowered the hammer onto the empty chamber.

‘I’m going to sleep here,’ I told him. I had drunk more than my limit and decided not to drive to the Linmeyer house. ‘You should go to bed.’ He waved me away and refilled his glass.

We live in a world where facts and fiction get blurred
In times of uncertainty you need journalism you can trust. For only R75 per month, you have access to a world of in-depth analyses, investigative journalism, top opinions and a range of features. Journalism strengthens democracy. Invest in the future today.
Subscribe to News24
Related Links
Book extract: Robert Sobukwe, risking all for his people
Book Extract: How being body shamed helped Tumi Morake flourish
Book extract: The assassination of Dr Asvat
Next on City Press
Ladies lead the literature charge

Sign-up to our newsletters and get the latest results and info in your inbox.
Voting Booth
Political analysts warn that Ace Magashule’s bid to challenge his suspension from the ANC in court will weaken the party ahead of elections in October. What’s your take on this stance?
Please select an option Oops! Something went wrong, please try again later.
The ANC is already weak
28% - 8 votes
It’ll strengthen the ANC
3% - 1 votes
What happened to internal discussions?
3% - 1 votes
He has brought the ANC into disrepute
66% - 19 votes
Previous Results
The best of 2020
Can you guess who featured in our most popular articles from 2020?