Over the next five years, South Africa, along with some of its neighbours, will be changed radically by the climate crisis, economic stagnation, the fourth industrial revolution, political unrest, and the rising influence of Russia and China on the continent.

All this will happen while the West is distracted by the insurgent populism of US President Donald Trump and Brexit in the UK.

In his new book, John Matisonn outlines lessons he learnt from the Asian Tigers about the role the state plays in identifying sectors that will generate jobs and how it can offer them support.

Cyril’s Choices: Lessons from 25 Years of Freedom in South Africa by John Matisonn

From the moment I realised that Nelson Mandela’s release from prison would lead to a genuine democratic election, which the ANC would win, I started thinking about how the new South Africa would make it work.

In 1991, I took a year off to study how other countries succeeded.

I discovered the Asia expert who figured out how Japan achieved rapid economic growth after losing World War 2, Professor Chalmers Johnson, and interviewed him.

It turns out that the key to rapid growth depends on getting the relationship between business and government right.

It’s a collaboration of rough equals that holds the key, and it requires high expertise in government.

After 25 years of South African freedom, 10 of which involved state capture, I returned to the problem to understand our successes and mistakes, and the choices facing the new president.

The result is this book. Along the way, I made another discovery: if you read reports of government and its consultants, government already has some answers – but doesn’t act on them.

During the 25 years of democratic South Africa, China and India pulled hundreds of millions of people out of extreme poverty – the biggest upliftment of poor people into the middle class so far in history.

South Africa created a lower percentage, about 2 million, and our number of unemployed has grown to 9 million.

Rwanda, for example, pulled at least 1 million citizens out of poverty between 2005 and 2011, according to the Rwandan Household Living Conditions Survey.

The lesson of the Asian Tigers is that the state has an important role to play in identifying the sectors that will bring jobs, and then supporting them.

Success depends on identifying sectors that will be drivers of economic growth. Only then can you decide the respective roles of the state and the market.

It’s not one or the other. A strong market was key in every case, and so was a strong state.

Too often, politicians suggest solutions that are simplistic, like knee-jerk nationalisation or privatisation of companies.

They miss the point. The focus needs to take account of global trends to identify specific sectors that will create South African jobs.

The role of the state in each case will vary, but it’s usually most effective as a facilitator.

A strong market is not an alternative to a strong state – the one needs the other.

A strong market requires a strong state. They go together.

A weak state does not step in when the market creates a single monopoly that overcharges consumers.

Likewise, a weak state fails to act when private interests discover a way to import goods from Asia instead of using goods made at home.

Most opinion polls conducted during last year’s election campaign showed that joblessness is the public’s number one concern, and that the public do not trust any of the political parties to solve the problem they considered most important – how to cut unemployment.

It is clear that South Africa’s political parties need a new toolbox.

How well did any of us understand the problems the new government would face?

The ANC government would inherit all the apartheid institutions, an apartheid economy and apartheid townships that were deliberately situated miles from commercial centres.

Would the South African elite, old and new, take their money to London and New York to buy luxuries, like some of Nigeria’s elite?

Or would we build a country people want to stay in?

Russia would become the biggest exporter of its wealth and its wealthy, surpassing Nigeria. Would South Africa follow suit?

Would the Oppenheimers and Ruperts and the new black rich, like the new Russian rich, shift it offshore?

Moving their capital out would be devastating on two levels – first, because capital is productive.

Reinvesting capital is key to growth and job creation.

But second is the message that it sends – South Africa is not safe. Good enough to make your money in, not good enough to spend it in.

Making money in Russia and Nigeria buys your children places in posh English schools and a London lifestyle. What would our elite buy?

The fiscus was broke in 1994. Money had been wasted on security and duplicated Bantustan governments.

Electricity was cheap for those who could get it. The great state-owned enterprises – iron and steel, electricity, rail and port, the airways – was there a plan for them?

They needed racial transformation and they needed to move from whites-only service to universal service.

But they also lacked the latest technologies and management.

Would the new South Africa be able to transform them racially, provide universal service and modernise them?

The truth is, there was no proper plan in 1994. Mcebisi Jonas, who would be an ANC deputy finance minister 20 years later, made that clear in his book published last year.

At least, there was no grand plan that the ANC could galvanise action around.

Many in the ANC were influenced by Marxism, and a few of these were economists. They prepared a policy book in a unit called the Macroeconomic Research Group.

Mandela was going to write the foreword. Then, at the last minute, Mandela withdrew.

The reason was that another faction had become increasingly powerful, a group now called neoliberals.

But I wasn’t sure whether either faction had advanced very far towards finding the drivers of South Africa’s economic rebirth.

Reading government-commissioned reports in 2019 is like finding a graveyard of dreams, unfulfilled promises and targets that had to safely pass election dates so their non-achievement could not be exploited by political opponents.

Former trade and industry minister Rob Davies commissioned a study to find out what had happened to the economy.

It’s called Structural transformation in South Africa: Moving towards a smart, more open economy for all. It reported its findings in April 2018.

His foreword alone makes dramatic reading: “There has been a hollowing out of industrial capabilities, which can be characterised as premature deindustrialisation.”

Government knew where it was failing. 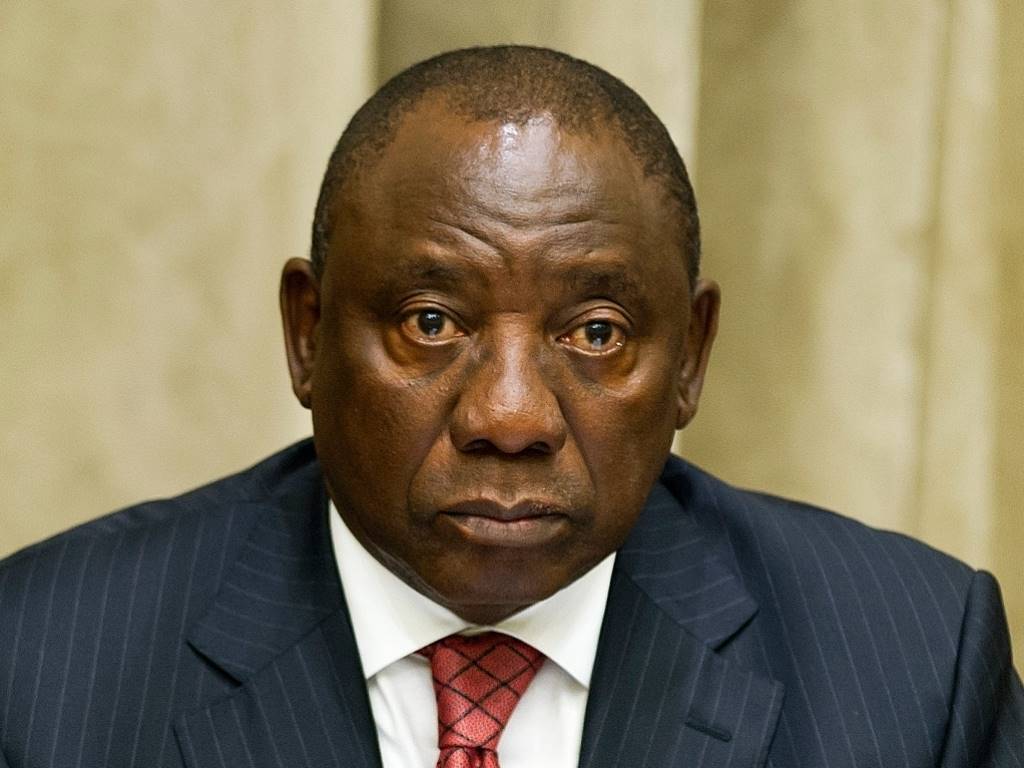 I hope every reader feels the shock I did when I first read that.

There are real solutions to turn South Africa around. They require courage more than money. If that courage is not found, South Africa will take the same wrong turns again.

It’s a startling report, and Davies deserves credit for publishing its harsh conclusions.

The study accepts that faster growth in the economy and job creation require emphasis on higher productivity sectors and less on mining, yet the economy went in “the wrong direction”.

As a result, manufacturing declined from 21% of the economy in 1994 to 13.3% in 2016, which “matters for a developing economy as, throughout history, manufacturing has been regarded as the main source of productivity growth”.

The insights and recommendations in the report Davies commissioned overlap with the findings in other reports.

Given the common conclusions and subsequent failure to execute, it is clear that government needs stronger capability.

It was a hallmark of state capture to favour deals that turned out to involve bribes for imported goods at the expense of South Africa-made products.

Yet, as state capture declines, politicians treat the state-owned enterprises and tenders as the main creators of jobs. That is a dead end.

State-owned enterprises will rise and fall. The state’s role in creating jobs is through supporting sectors of the economy with the greatest job-creating potential.

The hard fact is this: South Africa is facing an existential crisis very similar to those faced by other African countries in the decades after independence – overspending on salaries for public officials in the cities at the expense of the needs of the economy and jobs for all, protecting an urban elite instead of the urban and rural majority.

Building a more capable state will take time, but there are global trends South Africa can benefit from now.

The two most obvious are in the information economy and a Green New Deal. Government’s role in both is crucial – it must represent the future to create the conditions to grow new jobs. Government has been far too slow in backing both. The delay in migration of TV frequencies to digital is a major reason data remains expensive and slow.

Planning began 20 years ago, and South Africa is five years behind its 2015 International Telecommunications Union deadline.

This has cost the country many thousands of good, above-ground jobs.

It’s unlikely there will be many new South African jobs in the fourth industrial revolution. It’s been over-hyped, cutting as many jobs as it creates.

We need to focus on fixing what we left undone in the information economy, usually known as the third industrial revolution.

The green economy has enormous potential domestically and across Africa. It needs to be integrated with the climate goals South Africa has signed up to.

That is not currently the case. Government’s notion of a “just transition” from coal jobs to green jobs, for example, has to be a top priority.

It should be tied into targets like installing solar water heating and insulation in every building, new and old.

South Africa should plan to expand into assembling and then manufacturing first the simplest then the more complex components of green energy, including solar, wind and batteries.

Mining that supports the green energy agenda must be prioritised and made easier.

There is a temptation to look for rescue from somewhere else, like China, but the solutions are at home.

More than ever, South Africa will be responsible for its own destiny.

It starts with a vision tangible enough for every South African to imagine.

That vision might look something like this: South Africa is going to be a modern growing country that brings millions of people into the middle class over the next 10 years.

It will do this with a laser focus on expanding the sectors most suited to achieving that end.

This focus will influence everything the country and government does. Where sacrifices are needed, they will be shared. Foreign policy will serve this end.

A foreign policy that advances South Africa’s interests will be understood by our partners, whether that is Russia appreciating that nuclear does not fit our interests, or Zimbabwe, which understands what we need to support them.

When we are ready to tell that to President Vladimir Putin, he will understand our thinking better than we might expect.