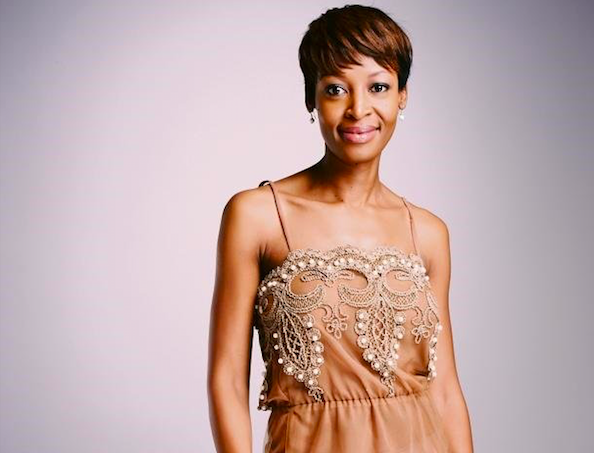 Three years ago, crippled by burnout, in a state of near­ collapse, best-selling author and corporate leader Kagiso Msimango embarked on a powerful journey of unf**king herself.

What she discovered – after getting little relief from mainstream healing methods, while maxing out her medical aid in the process – was a simple and revolutionary truth: The more we unf**k ourselves, the more the we unf**k our world.

Unf*ck Yourself, Unf*ck the World

The word “f**k” is super versatile. One of its many meanings is

“broken”. As we confront an uncertain future, torn apart by insecurity,

pandemics, economic crashes and personal demons, as a human

The planet is f**ked

Our leaders are f**ked.

Our belief systems are f**ked.

Our relationships are f**ked.

Our food systems are f**ked.

Our reliance on money is f**ked.

Our obsession with technology is f**ked.

I share this particular story because it is so extreme, but what I concluded from my conversations with various women was that this bitterness was the result of setting yourself on fire to keep others warm

Mufasa used to have this aggravating habit of dismissing people as bitter. I noticed that he seemed to exclusively stamp this label on women. When I confronted him about it, he shrugged and said: “I didn’t say only women are bitter. Maybe the bitter people I encounter are women.”

So I grilled him on how he determines whether someone is bitter, and that got my knickers into an even tighter knot because, when applying his subjective criteria, I fell firmly in the Bitter Women tribe.

I started bringing the issue up in conversations with other women, a lot. It had created a mental itch that I was trying to resolve through discussions.

I raised it with Belle, an acquaintance. She laughed so hard that she had tears streaming down her face, black rivers of mascara and all. I was surprised by her reaction, but after she’d collected herself she related that after she’d filed for divorce, her then husband told mutual friends that he was somewhat relieved the marriage was over because for some mysterious reason Belle had grown terribly bitter.

From the beginning of the marriage, Belle had been the primary breadwinner. They’d married young, in their early twenties, so her status as primary and sometimes sole breadwinner didn’t bother her too much initially because they were both still young and her husband had time to find a decent paying career.

However, as their unit grew to include children, so did financial demands. She asked, then nagged, then begged her husband to find a job that paid better. He claimed to be trying without success. His current job only demanded about 15 hours a week from him and he seemed to enjoy all the free time he spent at the gym and hanging out with his friends. Eventually, she managed to find him a job, in the same industry she was in. He had no experience in that particular field but it wasn’t rocket science, so with a little application he would’ve learned the required skills soon enough

Belle’s father had helped her husband land the job, so she felt a responsibility not to make her father look bad. The plan was that while hubby learned the ropes she’d help him with his work. So during the day he did his best to act competent at work and after hours Belle would do his work for him. Unfortunately, he didn’t really uphold his end of the bargain. He was happy to deliver his work to her in the evenings, and sometimes even email her while she was at work. She basically had two jobs, hers and her husband’s.

I share this particular story because it is so extreme, but what I concluded from my conversations with various women was that this bitterness was the result of setting yourself on fire to keep others warm.

You may be sacrificing your wellbeing for your immediate family, as in Belle’s case, or for your extended family, a job, friends or a combination of various communities and individuals, but this route always leads to the same destination – some level of dis-ease with a good dose of bitterness.

Living from the inside out is about checking in with yourself, in the moment, and honouring what you need in that moment

When I started practising self-fullness, one of the things I chose to do was let go of my corporate job. Owing to my addiction to productivity, I’ve seldom had just one job. For well over a decade I had dual careers and multiple projects going simultaneously. After I left my corporate job I started working from home, but felt as though I was constantly under Aunty Jojo’s feet. As a way of clearing the air, I said to her: “I bet you’d like me to get another job so that you can get me out of your house.”

Her response shocked me: “No, don’t. You are much nicer to the kids since you stopped working.” After sitting with this response for a few days, I asked my eldest and she concurred: “Yes, Mommy, you were very mean.”

Self-fullness is about living from the inside out. This might appear to be like sleeping after the alarm has gone off because that is precisely what your body needs; reintroducing animal proteins into your diet after you have amassed thousands of Instagram followers as a vegan advocate because your body says that is what it requires now; letting go of some of your trillion projects and dealing, instead, with your need to have a trillion projects on-the-go.

Living from the inside out is about checking in with yourself, in the moment, and honouring what you need in that moment.

But might that not make you unreliable? Most likely.

Will that not make you selfish? Probably.

Nice people do not want to be unreliable or appear selfish. I am nice people. But what allowed me to give myself permission to choose self-fullness as a way of life is considering the impact of energy. Everything you create, every interaction you have is imbued with your energy. You leave energetic footprints and fingerprints in all your interactions. Those are the seeds you plant. Just like when a bee flits from flower to flower, it drops pollen along the way, pollinating flowers that will eventually bear fruit.

When you are depleted, when you are resentful, when you are unwell, when you are bitter, that is the energy that is carried by the seeds that you plant, irrespective of your intentions. The best gift you can give to all those you want to serve is to give them healthy energy by making your own wellbeing your number-one priority. Kagiso Msimango embarked on a powerful journey of unf**king herself
We live in a world where facts and fiction get blurred
In times of uncertainty you need journalism you can trust. For only R75 per month, you have access to a world of in-depth analyses, investigative journalism, top opinions and a range of features. Journalism strengthens democracy. Invest in the future today.
Subscribe to News24
Related Links
Book Extract | KPMG SA – Through my eyes as chairman
Book Extract | The Whistleblowers - their plight, our shame
Book Extract | The rise of factionalism in the ANC Youth League
Next on City Press
Five financial tips from uBabes wemali Read more on:
kagiso msimangobooksbook extract
Podcasts
Podcast | How to pay off your home and car