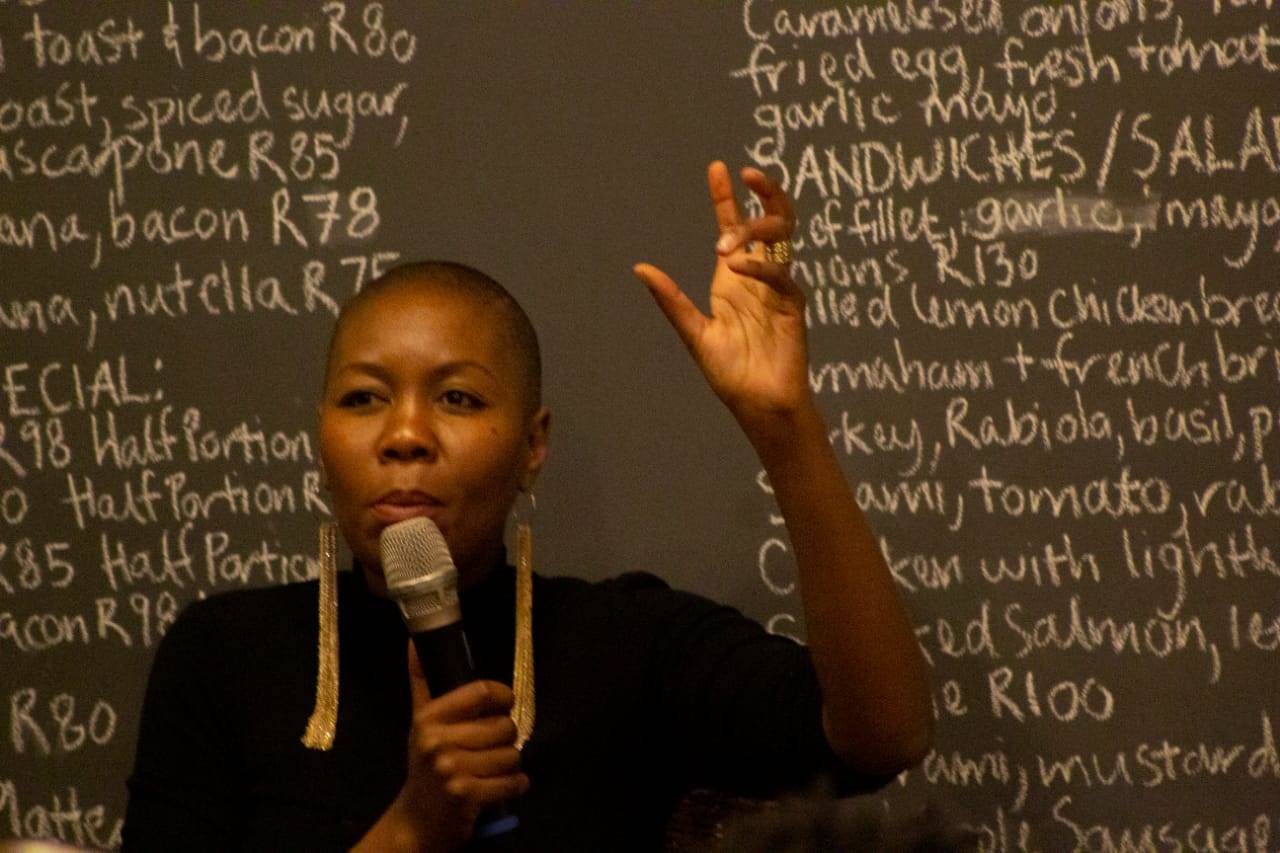 Sisonke Msimang addresses the audience at the launch of her book.

There were not enough seats at Love Books in Melville on Friday night to accommodate an audience who braved the cold to listen to the ideas, emotions and process that went into the writing of the book The Resurrection of Winnie Mandela by Sisonke Msimang.

In her introduction, Msimang writes, “I will not pretend otherwise: I am interested in redeeming Ma Winnie.”

She told the audience that the book was born out of curiosity to the different reactions to the death of Winnie Madikizela-Mandela and how her life was documented.

“It’s a biography of survival, not resilience, because she was hurt, harmed, fractured ... and strong. Like South Africa. She survived. I wanted to write into the space between the extreme views about her.”

“Some of us mourn her with a great depth of sadness. And some of us are filled with glee and there’s delight in her passing. And the distance between those two positions are so fundamental, that I am curious about what is happening, and this is the moment I want to write into.”

Chaired by the literary collective called Cheeky Natives – Dr Alma-Nalisha Cele and Letlhogonolo Mokgoroane – the conversation at the launch was full of complexities such as how to reclaim the heroine while also honouring the lives of lesser known victims of apartheid. Hosts of Cheeky Natives and the moderators at the book launch, Letlhogonolo Mokgoroane and Dr Alma-Nalisha Cele

The room was filled with a diverse audience and generational mix that insisted on conversation around Madikizela-Mandela’s personhood as an activist, social worker, mother, sexual being, black woman and, although uncomfortable, a heroine who was also blamed for the death and pain of several people.

“Why, in a reconciliation process, did we spend nine days on one person and half a day on the private sector who were responsible for so many dead bodies? Let’s stop the hypocrisy and have a genuine conversation about nation-building,” said Msimang. “We must hold everyone to account, but if we’re not going to hold everybody to account, then we should not be so focused on Winnie Mandela.” The book documents Madikizela-Mandela’s life in nine chapters and is written in the form of directly addressing her, with Msimang reminding her subject of who she is and her place in history, and affirming how and why her presence in our national narrative remains necessary.

Some of the questions asked by audience members included if we could ever think of Madikizela-Mandela without bringing up Stompie Sepei, the boy activist kidnapped and killed by the Mandela United Football Club.

“It’s a very good question because you’re asking who matters more. And I always want everyone to matter, cos so many of us and our stories have never mattered,” replied the author. Msimang says we shouldn’t erase Stompie and described him as young powerful part of our history.

“He was a sharp mind. The youngest political prisoner, he knew the Constitution and would recite it. If he was alive today he could be likened to Julius Malema.”

Another audience member asked about the narrative of Madikizela-Mandela as promiscuous and her various rumoured affairs.

Msimang responded frankly, saying that her love interests were none of our business and that her sexuality was used as a weapon to vilify her. Msimang asked the audience why no one ever asks about Nelson Mandela’s sex life in the same light.

“I’m interested in redeeming Winnie Mandela because redemption is not something that is offered to women who have erred,” she said.

Msimang cautioned against the idea of freezing heroes in a time and only remembering them in one light. She reiterated how love, grace and redemption could still be offered to them without dismissing the harm or pain they may have caused.

“The book is about who we are as a nation, who matters and who is accountable. And no evidence that continues to emerge about Winnie will change my central thesis,” said Msimang, bringing the evening to a close before settling in to sign the books of a long line of literary fans.

We live in a world where facts and fiction get blurred
In times of uncertainty you need journalism you can trust. For 14 free days, you can have access to a world of in-depth analyses, investigative journalism, top opinions and a range of features. Journalism strengthens democracy. Invest in the future today. Thereafter you will be billed R75 per month. You can cancel anytime and if you cancel within 14 days you won't be billed.
Subscribe to News24
Related Links
A woman in full: Sisonke Msimang's book on Winnie resets the conversation
Winnie book to be withdrawn from shelves
Why the film ‘Winnie’ met all the criteria of a good documentary
Next on City Press
Mbeki-stalgia | Thabo Mbeki: The Dream Deferred