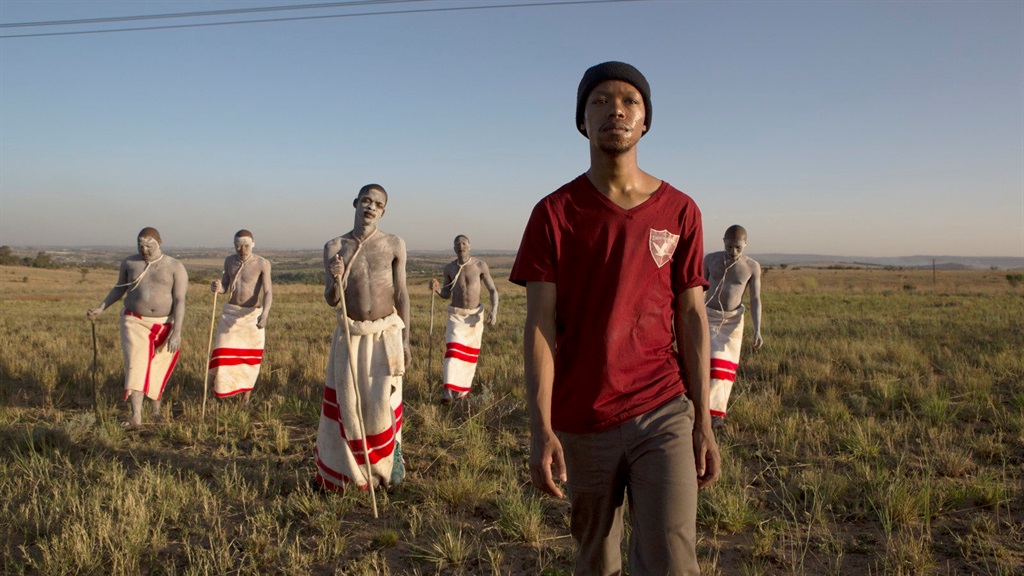 Nakhane Touré stars in Inxeba (The Wound), which opens in SA cinemas this weekend.

One of South Africa’s most highly anticipated movies, Inxeba (The Wound), finally hit local screens on Friday, but some cinema houses cancelled their screenings at the last minute.

Cinemas in the Eastern Cape as well as some in the Western Cape pulled the controversial film from their line-up.

The film, which depicts the development of a same-sex love-affair in the midst of a Xhosa initiation ritual, has been accused of disrespecting a sacred rite of passage.

“We heard that there had been a call to protest against this movie. We liaised with Nu Metro and they confirmed last night that they would not be screening the movie,” Leonie Scheepers, manager of Port Elizabeth’s Walmer Park shopping centre, said.

She added that a group of traditional leaders had arrived at the centre’s Nu Metro offices on Friday morning to seek surety that the film would not be screened.

“They were fairly peaceful, and there was no hostility. It was quite a large group and the police were here in case something did happen, but there was nothing of that sort. They met with Nu Metro and just wanted reassurance that the film would not be screened. Soon afterwards they left,” she said.

At the moment it is unclear whether Nu Metro would screen the movie at a later stage.

Another cinema, at Hemingways Mall in East London, also withdrew its screening, and so did Canal Walk, in Cape Town.

In the interests of the safety of our customers and staff, following threats of violence and damage to property, Nu Metro Canal Walk will not be screening #Inxeba (‘The Wound’). For any further information, please reach us at helpdesk@numetro.co.za or on 0861-CINEMA.

Inxeba (The Wound) has already received international acclaim, including being named best foreign film by the African American Film Critics Association and best film at the International Queer and Migrant Film Festival in Amsterdam. It fell short of making it to the Oscars.

Directed by John Trengrove, this movie stars singer-songwriter Nakhane Touré, who along with fellow cast members, has received death threats for their role in the film.

Dealing with issues such as homosexuality, masculinity and traditionalism, online commentary has been divided.

We should not let men who are insecure in their sexuality and musculinity dictate what we should and should not watch.

South African stories need to be told, no matter how uncomfortable they are.

Y'all are up in arms because the movie "exposes tradition secrets", but y'all never bring the same energy to the table when initiates die or are being sexually abuse there. #Inxeba

Any #Inxeba protest around Cape Town? I want to join the demonstrations against this low key money making movie.

Real man don't support this movie #Inxeba Only those that did not practice the culture, gay people and slay queens will support it?? pic.twitter.com/Ab38JcDMAf

Related Links
#TrendingAwards2017: The year's culture scandals
‘Inxeba Must Fall’ is about silencing the voices of gay Xhosa men
The queer Xhosa film rocking Durban
Share
Next on City Press
BOOK EXTRACT | The loss of land, belonging and identity

Read more on:
initiationlgbtimoviexhosainxeba
ON MY RADAR
for subscribers
On My Radar | Take care as you step into the metaverse