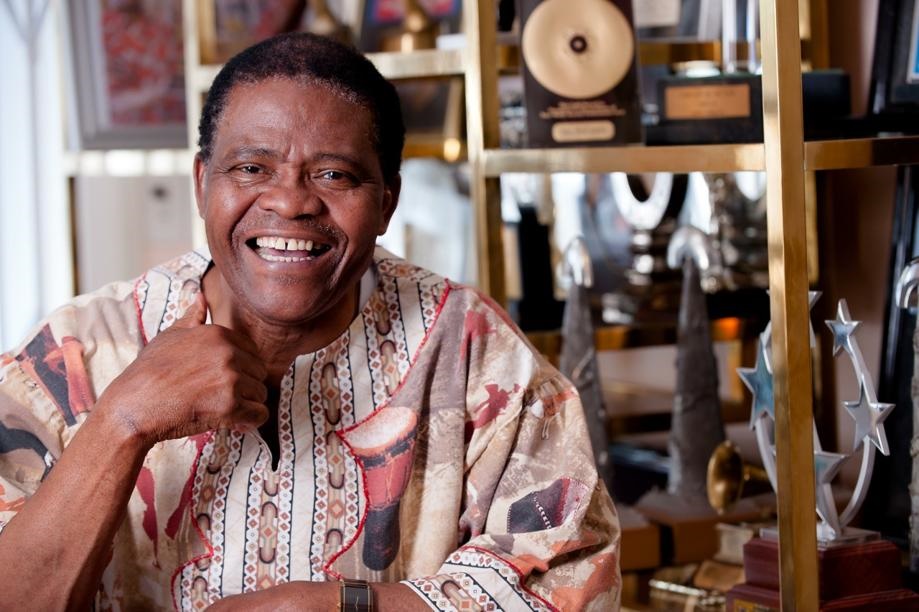 Condolences are streaming in for the founding member of isicathamiya and mbube music group Ladysmith Black Mambazo, Joseph Shabalala, following news of his passing on Tuesday morning.

Channel24 reported that the former lead singer died at Life Eugene Marais Hospital in Pretoria on Tuesday. He was 78.

Shabalala had retired from the band and had been battling an illness since December, it was reported.

His death has send shock waves through the country, with some people taking to social media to pass their condolences.

Government on Twitter said: “We would like to extend our condolences on the passing of Joseph Shabalala who was the founder of the group Ladysmith Black Mambazo. Ulale ngoxolo Tata ugqatso lwakho ulufezile.”

We would like to extend our condolences on the passing of Joseph Shabalala who was the founder of the group Ladysmith Black Mambazo. Ulale ngoxolo Tata ugqatso lwakho ulufezile. #RIPJosephShabalala [Photo: Flicker: Seth Gordon] pic.twitter.com/Sazg9hoWew

The DA caucus in the Gauteng provincial legislature said: “His music and legacy will live forever.” The IFP posted an image of the singer with the words “rest in peace”.

The EFF in a statement said Shabalala led the group into prominence and played a significant role in promoting social cohesion.

“Their music spoke to the social realities of black cultural norms and traditions, and was able to bring to light the social conditions of black South Africans. The ability to thrive in the arts during the repressive Apartheid era and build a formidable unit such as Ladysmith Black Mambazo places Shabalala amongst the ranks of Hugh Masekela, Miriam Makeba, Sipho “Hotstix” Mabuza.”

Shabalala, who was born on August 28 in 1941, led the band across the globe with shows in England, the US, France, Italy and Germany. His son Thulani Shabalala, in an interview with City Press in 2015, said his father used to dream of the harmonies they made and he has continued to make that dream a reality.

“iMambazo was started by our father [Joseph], who said he heard the music and harmonies in his dreams, and he decided to follow that dream and make the music he was hearing,” he said at the time.

“He always said the music wasn’t his own intelligence, but a gift he must stay true to, and that’s how we have kept going. We stayed true to the dream and this gift, and when he decided to leave the group so he could rest, he told us to stay true to the sound – and that’s what we’ve done.”

Shabalala’s other Sibongiseni is now the lead singer of the group. A third son Thamsanqa Shabalala, also followed in his father’s footsteps and has been a member of Black Mambazo. They have all worked with their father since they were young.

We live in a world where facts and fiction get blurred
In times of uncertainty you need journalism you can trust. For 14 free days, you can have access to a world of in-depth analyses, investigative journalism, top opinions and a range of features. Journalism strengthens democracy. Invest in the future today. Thereafter you will be billed R75 per month. You can cancel anytime and if you cancel within 14 days you won't be billed.
Subscribe to News24
Related Links
Black Mambazo to mesmerise East London
Ladysmith Black Mambazo and the houses of song and pain
Local talent set to flourish at Grammys once more
Next on City Press
Ten iconic images that tell Winnie Madikizela-Mandela’s story of struggle and triumph through fashion