Curious Kids: Where do rocks come from? As strange as it sounds, rocks are made from stardust.

Where do rocks come from? – Claire, age 5, Perth, Australia

As strange as it sounds, rocks are made from stardust; dust blasted out and made from exploding stars.

In fact, our corner of space has many rocks floating around in it –from really fine dust and pebbles to boulders and house-sized rocks that can burn up in the night sky to make meteors or “shooting stars”.

The moon and our local planets – Mars, Venus and Mercury – are just the largest rocks floating around our part of space. These are all made from space dust stuck together over billions of years.

Planet Earth is also a rock, but so much has happened since it was formed from dust and small rocks that smashed and stuck together 4.543 billion years ago.

As the bits of space dust hit each other to make the Earth, they got really hot and melted.

The Earth was then a spinning ball of red-hot lava flying through space. In this melted lava planet, heavy bits of the Earth sank and the light frothy bits gathered on the surface.

Have you ever looked closely at a glass of milky coffee at a cafe? The dark heavy coffee is at the bottom, whereas the light, frothy milk sits on top. Well, our planet was a bit like that coffee billions of years ago.

We don’t see the really heavy rocks these days because they sank deep into the planet very early on.

The rocks we see on the surface are like the frothy milk – they were light and rose to the top. Then, as time moved on, the planet cooled and froze to become the solid Earth we have now.

I know most rocks are heavy. But, in fact, some rocks – even really big ones like Uluru in Australia – are actually much lighter than the rocks found deep in the Earth.

Those rocks on the Earth’s surface actually move around. Large chunks the size of continents (called plates) jostle each other and this can cause earthquakes.

Some of them get forced under other plates, heat up and eventually melt. This forms more lava. The lava erupts from volcanoes, then cools and forms new rocks.

Mountains form where two plates smash into each other. The rocks that get caught between two of the Earth’s plates get squashed under huge pressure and heat up. These can form really beautiful rocks.

Sometimes gems form in these rocks and people try to find them to make jewellery.

Rain and ice break up the rocks in mountains. These form sand and mud that get washed out to form beaches, rivers and swamps. This can get buried, squashed and heated, eventually turning into rocks.

Hello, curious kids! Have you got a question you’d like an expert to answer? Ask an adult to send your question toafrica-curiouskids@theconversation.com. Please tell us your name, age, and which city you live in. We won’t be able to answer every question, but we will do our best. 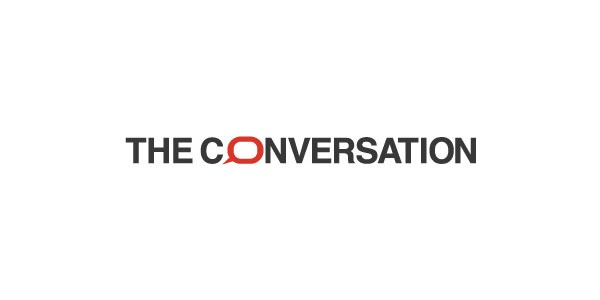 We live in a world where facts and fiction get blurred
In times of uncertainty you need journalism you can trust. For only R75 per month, you have access to a world of in-depth analyses, investigative journalism, top opinions and a range of features. Journalism strengthens democracy. Invest in the future today.
Subscribe to News24
Related Links
Curious Kids: How do matches work?
Curious Kids: Is Global Warming really heating up the planet?
Curious Kids: How do sea creatures drink sea water and not get sick?
Next on City Press
BMW SA announces prices of ‘beaver teeth’ 4 Series