8: Fear the Legend was filmed in a remote location near Knysna and took about a month to shoot.

Written by Harold Hölscher, the film – called 8: Fear the Legend – marks his directorial debut and uses “African folklore and mythology to tell a dark story of atonement”, The Hollywood Reporter reported last week.

In it, William Ziel (played by Garth Breytenbach), moves his wife Sarah (Inge Beckmann) and adopted daughter Mary (Keita Luna) into an inherited country estate after his father’s suspicious death.

When Mary begins an unlikely friendship with the farm worker Lazarus (Tsamano Sebe, Stokvel), his sinister motives are slowly revealed, unleashing his dark secret: he steals human souls to feed the insatiable appetite of a demon child he carries in a sack everywhere he goes.

Breytenbach has acted in films such as Beyond the River, Five Fingers for Marseilles, the international historical miniseries Troy: Fall of a City, Mandela: Long Walk to Freedom, and the 2011 film, Winnie Mandela.

But this is his first horror feature.

“I love the genre, and love a good horror,” he says.

“It was one of the main reasons I was attracted to the script. It was an absolute joy to film, with a great cast and crew.”

Breytenbach says the script had been floating around for quite some time. “Harold eventually secured finance last year and it became a race to shoot and get it made. I loved the script and the concept, and have always wanted to do a horror, so was intrigued about this film.”

8: Fear the Legend was filmed in a remote location near Knysna and took about a month to shoot. Breytenbach says the story is a mix of folklore, mysticism and “some good old-fashioned suspense and thrills”.

He is excited about the screening in Canada, saying there is no better festival than Fantasia to get it shown.

“The line-up for this festival is amazing and we are proud of the fact that a South African film will be on the main line-up.

Horror is the fastest-growing and one of the best-selling genres in the world and this movie was, in my opinion, an obvious kind of film to make,” says Breytenbach.

“The fact that it has roots in African folklore and mysticism is even better as this kind of film has never been told before and will be a first-of-its-kind for foreign audiences.

“Also, Americans love the horror genre and it will be something completely new for them.” 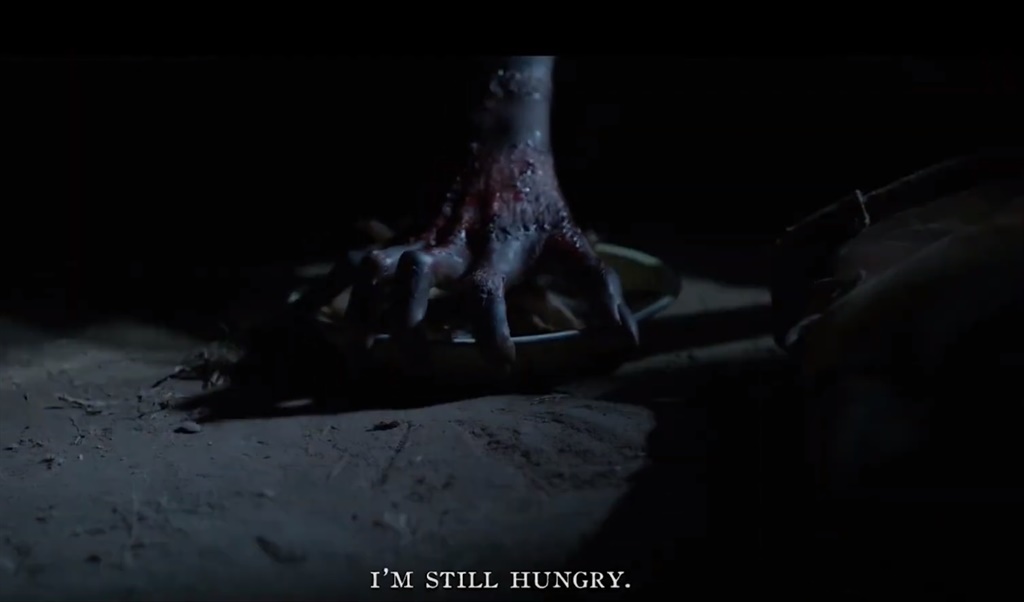 Asked what viewers should do if the demon child inside Lazarus’ sack eats their souls, he says: “I could tell you, but then I’d have to eat your soul.”